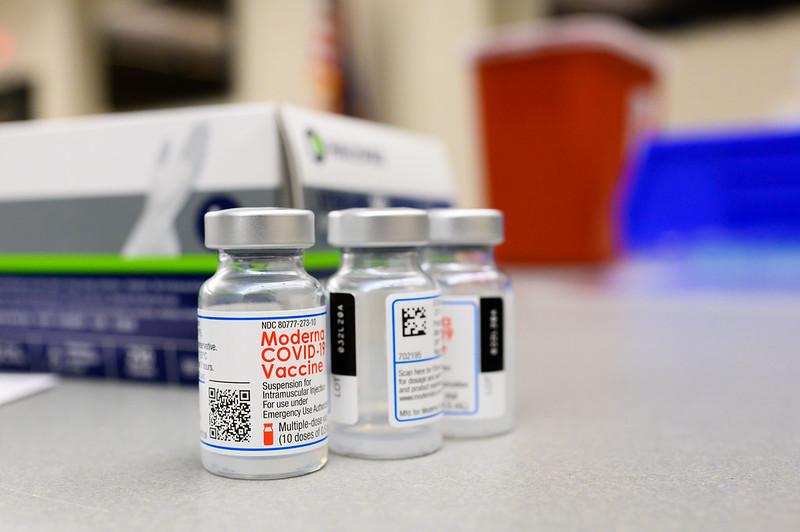 As the world's COVID-19 total passed 100 million cases today amid the threat of more-transmissible variants, anxiety grew over vaccine supplies amid promising news of effectiveness and more production capacity.

In a major development that could boost global vaccine production, Sanofi today announced that it will help supply more than 100 million doses of the Pfizer-BioNTech vaccine at its plant in Frankfurt, Germany, according to Reuters. The news came from Sanofi's chief executive officer, Paul Hudson, during an interview with the French newspaper Le Figaro.

Sanofi has two of its own vaccines in development, which involve different platforms, but in mid-December it announced a setback for an adjuvanted recombinant protein-based vaccine that it developed with GlaxoSmithKline, with phase 2 trials postponed until February pending antigen reformulation. Sanofi is also working on an mRNA vaccine, with trials expected to begin in the next few months.

In the interview, Hudson said the company was looking for ways to help meet the urgent demand for vaccine by helping supply vaccines made by other companies. The Pfizer-BioNTech vaccine was the first to be approved for emergency use in several countries and was the first to be listed by the World Health Organization (WHO), a step that paves the way for use in lower-income countries.

Meanwhile, European Union countries have learned of reduced deliveries from two vaccine makers, AstraZeneca and Pfizer-BioNTech, and are raising concerns. The European Commission is working on a proposal that would require pharmaceutical companies to register their exports from the EU, though it said the action wouldn't amount to an export ban, according to Reuters. It said the goal of the proposal, which could be approved by Jan 29, is to increase transparency.

In other vaccine developments:

B117 developments from Belgium, Philippines, and Brazil

In other quickly evolving developments, countries in different parts of the world noted increased community spread of the B117 variant first detected in the United Kingdom. Belgian health officials today estimated that the B117 variant makes up 10% to 20% of the country's new cases, according to CNN. However, Steven Van Gucht, DVM, PhD, with the Belgian Health Authority, said there's a lot of uncertainty with the numbers.

Elsewhere, health officials in the Philippines confirmed that the B117 variant is circulating, with a cluster of 12 cases reported in Bontoc, a province in the mountainous north, according to Reuters. The country has reported 17 cases so far, the first of which was in a person who had traveled from the United Arab Emirates. The variant developments led the country's president to abandon a plan that would have allowed children ages 10 to 14 years to go outside their homes in low-risk areas.

On the research front, Brazilian researchers yesterday said surveillance in December identified the B117 variant in two patients in Sao Paulo, hinting at two separate introductions. Writing in Emerging Infectious Diseases, they said one patient had no international travel, and the other had recently traveled from London. They said the cases suggest there may be more infections in Brazil with B117 than currently known.

Meanwhile, the UK's health minister, Matt Hancock, said yesterday that the more transmissible variant requires the government to be more careful in lifting its lockdown. Cases have declined in the UK, but—along with deaths—are still at very high levels. Last week, government researchers said in an early analysis, the B117 variant appears to be 30% more lethal than the standard virus.

In a related development, British officials said they would share the country's genomic sequencing capabilities with other countries to more quickly track the new variants, according to Reuters. Global health officials have lauded the country's sequencing achievements, and the UK said it would launch the New Variant Assessment Platform to help analyze coronavirus developments and for use in future pandemics.

The WHO has revised its guidance for clinical management of patients with COVID-19, and some of the main changes include follow-up care for those with persistent or changing symptoms, use of pulse oximetry for people at home to monitor blood oxygen levels, low-dose anticoagulants to prevent blood clots in hospitalized patients, and prone positioning for those requiring supplemental oxygen or noninvasive ventilation.