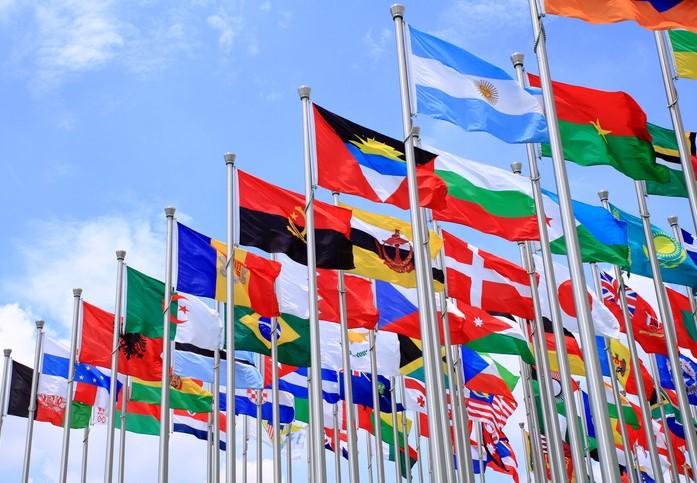 The World Health Assembly (WHA) approved a resolution today calling for an independent inquiry into the pandemic and the World Health Organization's (WHO's) role in responding to it, as South Korean researchers revealed that discharged patients who test positive for COVID-19 again don't appear to be contagious.

The global total today reached 4,876,906 cases, and 321,999 people have died from their infections, according to the Johns Hopkins online dashboard.

The resolution, introduced by the European Union and supported by 100 countries, was approved with no objections, the BBC reported. It calls for an independent, impartial, and comprehensive evaluation of the international response. It also asks for transparent and equitable access to treatments and vaccines and calls on the WHO to investigate the source of the virus and how it jumped to humans.

China has agreed with the need for an independent probe after the pandemic threat is over.

In a related development, the WHO's Independent Oversight and Advisory Committee—established during reforms after West Africa's Ebola epidemic to monitor the performance of WHO health emergency actions—issued its interim report on the pandemic, also calling for a review to glean lessons learned.

The review also looked at International Health Regulation issues, suggesting that WHO member countries may want to add a range of alert levels, aside from just one—the full-blown public health emergency of international concern, Devex reported today. It also recommends more transparency for the emergency committee process, raises questions about the varying quality of countries' data reports, and suggests a reassessment of the WHO's role in providing travel advice.

Also, the group said the WHO's communications and decision-making process have improved since the Ebola epidemic, but it added that the health emergencies incident management team is overstretched, due to the huge demands of the COVID-19 pandemic.

Meanwhile, WHA developments this week continued to stoke tensions between the United States and China, and US President Donald Trump lashed out at the WHO again on Twitter last night, posting a letter he sent to WHO Director-General Tedros Adhanom Ghebreyesus, PhD. He threatened to make US funding cuts to the WHO permanent and reconsider its participation in the body, unless the WHO commits to "major substantive improvements" in the next 30 days, the Washington Post reported.

The letter included a Trump Administration timeline of the WHO's response, claiming that the medical journal The Lancet had published reports on the outbreak as early as December. However, Lancet editor Richard Horton said today that it didn't publish its first paper on the outbreak, which covered the first 41 patients, until Jan 24.

The WHO said it is considering the contents of the letter.

The WHA met virtually this week in a 2-day meeting, mainly to address COVID-19 issues, and it will meet again later in the year, the WHO said. In closing comments today, Tedros said the COVID-19 pandemic has robbed people of their loved ones, lives, and livelihoods. "It’s shaken the foundations of our world; it threatens to tear at the fabric of international cooperation," he said. "But it’s also reminded us that for all our differences, we are one human race, and we are stronger together."

Korea: No live virus in recovered patients who test positive

South Korea's investigation into recovered patients who test positive for COVID-19 again found no live virus in the patients they examined, suggesting no risk of passing the virus to another person and that the patients were likely shedding noninfectious or dead virus particles, the Korea Centers for Disease Control (KCDC) said today.

Scientists examined findings for 285 (63.8%) of 447 recovered patients who had tested positive again for COVID-19. Most (59.6%) were tested again as part of screening, and 44.7% had symptoms. They identified and monitored 790 contacts of the 285 patients they studied, and so far, no positive cases have been found that would reflect virus transmission during the time when patients tested positive again.

Viral cell culturing was negative for all 108 samples that underwent lab analysis. Tests identified other respiratory viruses in three samples.

The KCDC said it has been handling the patients who test positive again as confirmed cases, but based on the new findings, it will revise its protocols, which won't include additional tests for those discharged from isolation. They said the cases will be reclassified from "re-positive" to "PCR re-detected after discharge from isolation."

Elsewhere in Asia, China reported six new cases today, three of them imported from Inner Mongolia, two local cases from Jilin province, and one local case from Hubei province, the country's National Health Commission said in its latest update. The country also reported 17 more asymptomatic cases, all of them local.

Clusters of cases have recently been reported in two Jilin province cities, Shulan and Jilin City. So far, 45 cases have been reported, and officials believe they are all linked to one patient, a laundry worker from Shulan, but the woman had not traveled, and the original source hasn't been found, the South China Morning Post reported.

In Africa, cases increased by 19% last week, with deaths rising by 23%, and virus is mainly affecting urban areas, the WHO's African regional office said in its latest weekly outbreaks and health emergencies report. Cases are concentrated in 10 countries, with the three highest totals in South Africa, Algeria, and Nigeria. However, nine countries saw sharp increases last week, including Mauritania, Zambia, Burundi, Gabon, Uganda, Central African Republic, South Sudan, Madagascar, and Togo. Community transmission is under way in 25 of the continent's countries.

Cape Town has nearly 10,000 cases, which accounts for 60% of South Africa's total and 10% of Africa's total, and the Washington Post reported today that an investigation into why the city's cases are so high suggests that it saw more of a tourist influx than other African destinations, which resulted in greater seeding of the virus. Also, superspreading events were linked to two grocery stores and a pharmaceutical company.