WHO decision on nCoV emergency delayed as cases spike 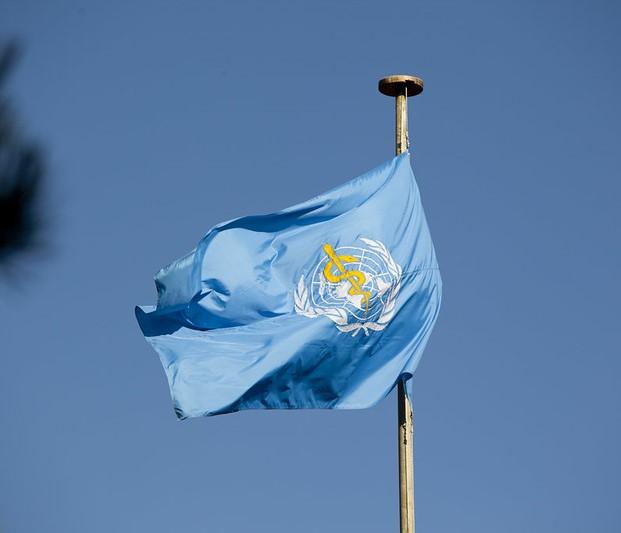 In a split decision today, a World Health Organization (WHO) emergency committee held off on recommending a public health emergency of international concern (PHEIC) over China's novel coronavirus (2019-nCoV) outbreak and will meet again tomorrow to reconsider after learning more about severity and transmission between humans.

China's number of new novel coronavirus (2019-nCoV) cases nearly doubled since yesterday, approaching 600, as city officials in Wuhan—the center of the outbreak—announced aggressive measures to slow the spread of the virus, including shutting off transportation from the city.

In a related development, a team based at Imperial College London today in a new estimate of 2019-nCoV activity in Wuhan said the city probably now has 4,000 symptomatic cases. The report's 95% confidence interval ranges from 1,000 to 9,700.

At a media telebriefing today, Tedros Adhanom Ghebreyesus, PhD, the WHO's director-general, said China has invited WHO experts to the country to assess the situation, and part of the delay is related to information still being gathered by the team on the ground.

The experts also held off on making temporary health recommendations, another goal of PHEIC deliberations. Tedros said China's Wuhan travel ban announcement today is a sign that the country is taking significant measures to minimize the spread of the virus and is a measure tailored to the problem.

Maria Van Kerkhove, PhD, the WHO's technical lead for MERS-CoV (Middle East respiratory syndrome coronavirus), said a critical piece of information experts are looking for is how many human-to-human cases have occurred and in what context. So far, some illnesses have been reported in close family contacts and in healthcare workers, which is common for respiratory viruses. "Our colleagues are working very hard to understand the extent of transmission," she said.

No human-to-human illnesses have been reported following the detection of the exported 2019-nCoV cases, Van Kerkhove said.

WHO officials also said today that genetic sequences so far show that the virus is stable. Tedros added, "But we have to be very cautious and assess this critically. Significant changes can happen any time."

Mike Ryan, MD, the WHO's executive director of health emergencies, said that, based on an analysis of 291 cases, 72% of patients are older than 40, 64% are male, and the people who died had underlying health conditions. He said it's too soon, however, to draw conclusions about the patterns, because clinicians are seeing only those who are visibly sick, and a portion of infected people may have asymptomatic or mild infections, as with other respiratory infections.

Another sharp rise in cases

The number of new cases is rising faster than the daily total reflected in official daily updates, with new health department reports coming in from several of China's cities and many of its provinces. China's Center for Disease Control and Prevention (China CDC) today reported 440 cases from 13 provinces, up steeply from about 300 reported yesterday.

But additional announcements from health departments put China's total at 549, according to DXY, a Chinese medical community tracking website. Most of the cases are in Hubei province, which includes Wuhan, where 62 new cases were reported today, for a total of 444, according to a report from Xinhua, China's state news agency, which was translated and posted by FluTrackers, an infectious disease news blog. Of 399 people still in the hospital, 95 are seriously ill.

Deaths have nearly tripled, rising from 6 yesterday to 17 today. All are in Hubei province.

Hong Kong today reported two cases, both involving Wuhan travelers whose samples tested positive in preliminary tests, according to Centre for Health Protection (CHP) statements. The first was a 39-year-old man from Wuhan who arrived in Hong Kong with his wife, sons, and mother-in-law by high-speed rail yesterday, the same day his symptoms began. He is isolated in the hospital and is in stable condition. His family members are asymptomatic so far and traveled on to the Philippines.

A short time later, Hong Kong health officials announced a second case, that of a 56-year-old male Hong Kong resident who had traveled to Wuhan on Jan 10, returning to Hong Kong by air on Jan 19. His symptoms began Jan 18, and he first sought care in Hong Kong the day he arrived back. After his fever continued, he sought care again yesterday and is being treated in hospital isolation, where his condition is listed as stable.

Thailand's two new cases raise the country's number to four. The latest involve a Thai woman who had recently traveled to Wuhan and a Chinese man whose fever was detected at the Bangkok airport on Jan 19, according to a government statement translated and posted by Avian Flu Diary (AFD), an infectious disease news blog.

Meanwhile, Macao today announced its first case, a woman from Wuhan who stopped at Gongbei Port on Jan 19 en route to Australia, according to a government report translated for the same AFD post. She sought care yesterday at a hospital, where tests confirmed her 2019-nCoV infection. She is hospitalized in stable condition.

Wuhan, which has roughly the population of Chicago, is a major Chinese air and rail hub, and the quickly expanding outbreak is occurring during the lead-up to Asia's biggest travel season in advance of the Jan 25 Lunar New Year observance.

Wuhan officials announced two aggressive steps today, including requiring people to wear surgical masks while in public, according to Chinese media reports. Surgical masks can help prevent the spread of respiratory viruses from sick people to others. Also, health officials ordered a lockdown of public transportation, effective tomorrow morning, canceling all flights and trains from Wuhan.

Other countries step up screening

Meanwhile, other countries are stepping up screening of travelers from Wuhan. The United Kingdom today announced enhanced monitoring for all direct flights from Wuhan, which will affect three direct flights a week that arrive at Heathrow Airport in London. The action comes one day after US officials announced the country's first case in a traveler from Wuhan.

Port health teams in London will meet each flight to assess and help those who are sick and to advise other passengers on what they should do if they develop symptoms.

Nick Phin, MD, deputy director with Public Health England's National Infection Service, said in a statement announcing the measures, "This is a new and rapidly evolving situation where information on cases and the virus is being gathered and assessed daily."