WHO experts weigh in on COVID-19 vaccine dose interval 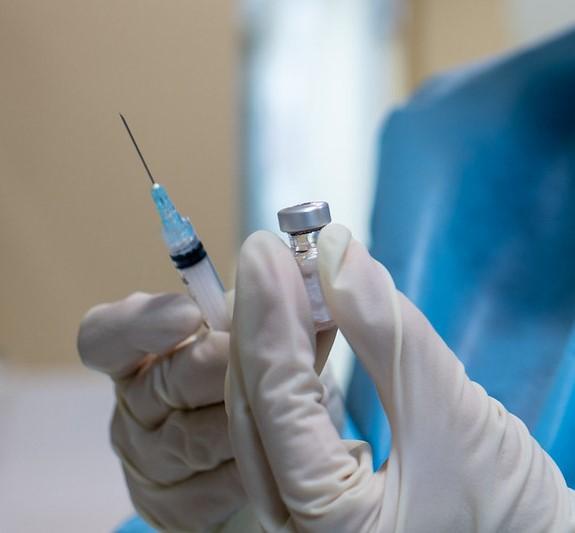 The World Health Organization (WHO) vaccine advisory group today weighed in with recommendations for delivering the Pfizer-BioNTech vaccine, urging the vaccine doses be given 21 to 28 days apart in most circumstances, but in certain situations allowing for an interval of up to 6 weeks.

The new guidance comes as countries rush to get their vaccination drives up and running as they face the prospect of wider circulation of more transmissible SARS-CoV-2 variants. It also comes just days after the WHO announced its first emergency use listing for a COVID-19 vaccine, the one from Pfizer-BioNTech.

At a WHO media briefing today, Alejandro Cravioto, MD, PhD, who chairs the group's Strategic Advisory Group of Experts on Immunization (SAGE), said the provision covers situations when countries want to maximize limited vaccine supply by delaying the second dose by a few weeks to increase the number of people who benefit from the first dose.

Last week, the UK vaccine advisors recommended 12-week intervals between the two vaccines cleared for use there, Pfizer-BioNTech and AstraZeneca-Oxford. The country yesterday announced another lockdown due to a third surge in cases, partly driven by the rapid spread of the B117 variant.

He also said the group didn't have enough data to make recommendations for pregnant and breastfeeding women, but it recognized the importance of protecting them and noted that in some situations, such when in high-risk settings such as healthcare, the benefits of vaccination may outweigh the risks.

WHO officials said today that more than 30 countries are now vaccinating their high-risk populations and that they are reviewing dossiers for two more vaccines seeking WHO emergency use listing.

In another development today, WHO Director-General Tedros Adhanom Ghebreyesus, PhD, said over the past 24 hours, an international scientific team that yesterday began to make their way to China in an already-cleared effort to probe the zoonotic source of SARS-CoV-2 has run into problems. He said he was disappointed to learn from China today that it has not finalized permission for the team's arrival, especially since two members of the group had already begun their travels and others weren't able to travel at the last minute.

He said arrangements had been settled on by the WHO, China, and countries team members would travel through on their way to Wuhan. Tedros said he has been in contact with senior Chinese officials, who have said they are speeding up internal procedures for the earliest possible deployment. "We are eager to get the mission underway as soon as possible," he added.

Mike Ryan, MD, who leads the WHO's health emergencies program, said there are problems with visa clearance, and that of the two group members who already started travel, one returned home and the other is waiting in a third country.

In November, the WHO named a 10-person science mission to travel to China, following meetings with China in the summer that fleshed out an outline for the investigation. Countries represented on the mission include Japan, Qatar, Germany, Vietnam, Russia, Australia, Denmark, the Netherlands, Britain, and the United States.

B117 variant detected in 40 countries

In its weekly situation report today, the WHO said the B117 variant originally detected in the United Kingdom has now been found in 40 other countries across five of its six regions and that the 501Y.V2 variant first found in South Africa has been detected in six other countries.

Iran is one of the latest countries to announce a B117 variant detection, which was found in a patient who recently arrived from the UK, according to the Washington Post.

At today's WHO briefing, Maria Van Kerkhove, PhD, the group's technical lead for COVID-19, said there's no evidence that 501Y.V2 is more transmissible than B117.

The WHO said authorities in both the UK and South Africa are conducting more epidemiologic and virologic investigation to further assess the transmissibility, severity, risk of reinfection, and antibody response related to the two variants, as well as any possible impact on tests, medications, and vaccines.

In its weekly snapshot today, the WHO said 4 million cases were reported last week for the third week in a row and that cases declined a bit, though the latest trends should be interpreted cautiously due to holiday-related delays in testing and reporting. Regarding deaths, after a recent decline, weekly fatalities rose by 3% last week.

The five countries with the highest cases last week were the United States, the United Kingdom and Northern Ireland, Brazil, Russia, and India. America's region countries accounted for 47% of all new cases, followed by the European region. Cases rose in the African region and remained steady in the Western Pacific region.