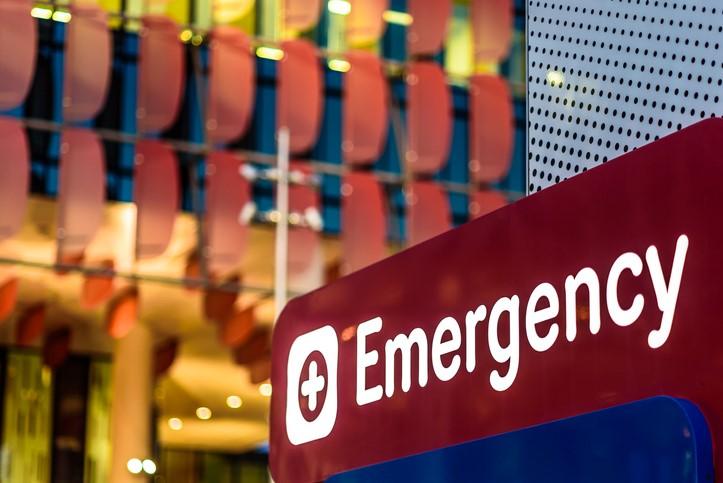 The World Health Organization (WHO) COVID-19 emergency committee met yesterday to review the latest pandemic developments, and the WHO's director-general today accepted the group's recommendation that the event still warrants a public health emergency of international concern (PHEIC) under the International Health Regulations.

The global total rose to 3,329,740 cases today in 187 countries, and at least 237,647 people have died from their infections, according to the Johns Hopkins online dashboard.

The WHO first declared the PHEIC on Jan 30, and the emergency committee typically reviews the developments and reviews its recommendations every 3 months, or more often, as needed. At a media telebriefing today, Didier Houssin, MD, who chairs the panel, said the group heard updates from each of the WHO's six regions and got the global view from the WHO headquarters. He said the event is clearly still a PHEIC and that the pandemic is not finished.

The group addressed more than 20 recommendations, some directed at the WHO and others geared toward all member countries. The committee voiced concerns about the impact of food and other supplies to fragile countries, due to interruptions in cargo shipments due to travel restrictions. It urged the WHO, for example, to develop guidance for the gradual return of passenger travel and update recommendations on appropriate travel measures with an eye toward analyzing the effects on international COVID-19 transmission.

Also, the committee urged the WHO to encourage global animal health groups to identify the animal source of the virus and how it jumped to humans.

For countries, for example, the WHO experts urged nations to support WHO leadership and collaborate with the WHO at all levels and to document and share lessons learned from steps to control the pandemic, including applying and lifting public health measures.

At the briefing, Tedros Adhanom Ghebreyesus, PhD, the WHO's director-general, said the agency appreciates the committee's confidence and trust and accepted the group's recommendations. He again urged countries to take a comprehensive approach to battling the pandemic.

In another development, Tedros said a pledging conference will be held on May 4 to fund the recently announced Access to COVID-19 Tools (ACT) Accelerator, a massive global effort to fast-track and scale-up the development of vaccine and drugs and make them available to countries that need them the most.

Also, Werner Hoyer, president of the European Investment Bank (EIB), announced a new partnership between the WHO and the EIB to shore up efforts to battle COVID-19 and to strengthen health system to tackle future health threats. The first phase will address urgent needs and boost primary healthcare in 10 African countries and bolster financing for essential supplies, such as personal protective equipment and tests.

The partnership also takes aim at other health threats. The agreement establishes a European Union Malaria Fund, a private-public partnership to put $274 million toward addressing market failures that have held back more effective malaria treatments. And as part of the partnership to address antimicrobial resistance, the WHO and EIB will work on new financing to support the development of new antibiotics, with a goal of raising nearly $1.1 billion for medium-term solutions.

In developments in global hot spots, cases in Brazil are soaring, with 6,209 more infections reported today, along with 428 more deaths. The number of deaths in the city of Manaus, near the country's rainforest, have forced cemetery officials to bury five coffins at a time in mass graves, and the city may run out of coffins soon, Reuters reported. Officials warned that other Brazilian cities may soon face similar situations.

Meanwhile, the country's president continues to downplay the COVID-19 outbreak, calling it just a "little cold," and is facing new criticism on his remarks that shrugged off the deaths.

Russia today reported another record high in cases, with 7,933 new infections reported, according to CBS News. The mayor of Moscow, the country's main hot spot, said the situation may have stabilized, but he warned that difficult days are ahead and that a shortage of hospital beds could occur in the coming weeks. Officials are assessing large facilities that could be used at temporary COVID-19 hospitals.

Elsewhere, Tajikistan recently reported its first case, and the country's government has invited a WHO mission to help authorities prepare for and manage spread of the virus. In a statement, the WHO said that, over the past 2 months, it has organized about 60 missions to countries in the European region to help with technical guidance and operational planning.

In Iran, at least 700 people have died after drinking methanol, wrongly thinking it can cure COVID-19, Al Jazeera reported. A report from the national coroner said alcohol poisoning has killed 728 between Feb 20 and Apr 7, up sharply from 66 such deaths reported for all of 2019. The country's health minister said 5,011 people have been sickened by methanol alcohol and about 90 have lost their eyesight or have eye damage.

The WHO last month called alcohol as COVID-19 treatment a dangerous myth and said it should be restricted during lockdown.

Elsewhere, China today reported 12 more cases, 6 imported and 6 local, which include 5 in Heilongjiang province and 1 in Inner Mongolia, according to the National Health Commission. It also reported 25 new asymptomatic cases, all of them local.