WHO team arrives in Iran; COVID-19 surges in Korea, Italy 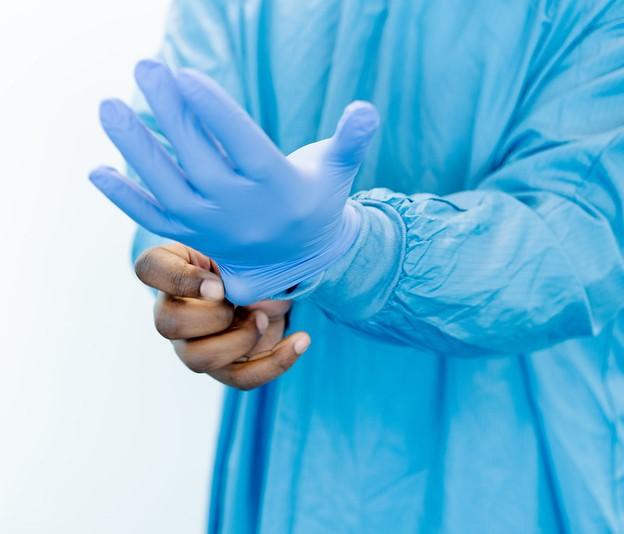 A team from the World Health Organization (WHO) arrived today in Iran, one of the three main hot spots outside China, along with shipments of COVID-19 virus test kits and protective equipment for healthcare workers, as case levels surged in South Korea and Italy and at least nine more countries reported their first cases.

At a World Health Organization (WHO) media briefing today, Director-General Tedros Adhanom Ghebreyesus, PhD, said that, over the past 24 hours, nine times more cases were reported outside China than inside China. "The epidemics in the Republic of Korea, Italy, Iran, and Japan are our greatest concern."

He pointed out, however, that South Korea's cases of the novel coronavirus are mostly coming from five known clusters. "That's important because it indicates that surveillance measures are working and Korea's epidemic can still be contained."

He said unlike with influenza, early aggressive measures have been shown to stop COVID-19 transmission. WHO officials emphasized today that patterns vary in different countries, and there is no one-size-fits-all approach to battling the virus. "Our message to all countries is: This is not a one-way street. We can push this virus back," he said. "Our actions now will determine the course of the outbreak in your country."

In its daily situation report today, the WHO said there are now 8,774 cases outside of China, 128 of them fatal, in 64 countries.

In response developments at the global level, the United Nations yesterday—prompted by sudden surges in the three main hot spots—released $15 million from its central emergency response fund to help contain COVID-19, which will go to the WHO and UNICEF.

Mark Lowcock, the UN's humanitarian chief, said in a statement, "This grant from the UN's Emergency Fund will help countries with fragile health systems boost their detection and response operations. It has the potential to save the lives of millions of vulnerable people."

The WHO's Eastern Mediterranean regional office said in a statement today that the Iran mission's goals are to understand transmission patterns, provide guidance on scaling up the response, and stepping up preparedness for areas in the country that haven't been affected yet.

Iran's outbreak has led to travel-linked cases in at least 10 other countries. The WHO said the plane that brought the technical team also included personal protective equipment for 15,000 healthcare workers and test kits to diagnose nearly 100,000 people.

Elsewhere in the Middle East and North African region, Saudi Arabia, Jordan, and Tunisia reported their first cases, Al Jazeera reported. Saudi Arabia's case was linked to an Iran traveler, while the Jordan and Tunisia cases were linked to Italy travel. Also, Morocco reported its first case, which involved a citizen who lives in Italy, Reuters reported.

Elsewhere in Africa, Senegal reported its first case, involving a man who had just returned from France, according to a separate Reuters report. Senegal is the second sub-Saharan African country to report a case; the other is Nigeria.

In China, the National Health Commission reported 202 new cases, down from 573 reported yesterday, increasing the overall to 80,026. The country also 42 more deaths and 255 fewer serious cases, putting the new respective totals at 2,912 and 7,110.

All but six of China's cases were from Hubei province.

In other Asian developments:

Europe's main hot spot, Italy, today reported 258 new cases, raising its total to 1,835, plus 18 more deaths, raising the total to 52. Three northern regions are still the hardest-hit areas, but 2 cases were confirmed in Rome, in a police officer and a firefighter, The Guardian reported today, citing a local hospital that said four of the police officer's family members were also infected.

Three more European countries reported their first cases: Latvia, Portugal, and Andorra. Latvia didn't list an exposure source for its patient, Portugal had two cases that involved Italy and Spain travelers, and Andorra's patient is a man who had been in Italy.

Meanwhile, the European Centre for Disease Prevention and Control (ECDC) said today in its latest risk assessment that the risk to the region is moderate to high. "The virus spreads rapidly, and can have an enormous public health impact with substantial fatal outcomes in high-risk groups and economic and societal disruption," it said.

So far, nearly 2,000 cases have been reported in the European region, with 75% of the cases and 92% of the deaths reported from Italy. It urged countries to activate their pandemic preparedness plans to ensure containment and mitigation with nonpharmaceutical public health interventions.

The ECDC said it based its risk assessment on an increasing number of cases without a known transmission chain, and despite strong response steps, cases continue to be exported between countries, along with new introductions from countries outside of China.