WHO weighs in on Omicron XBB.1.5 subvariant; US extends COVID health emergency 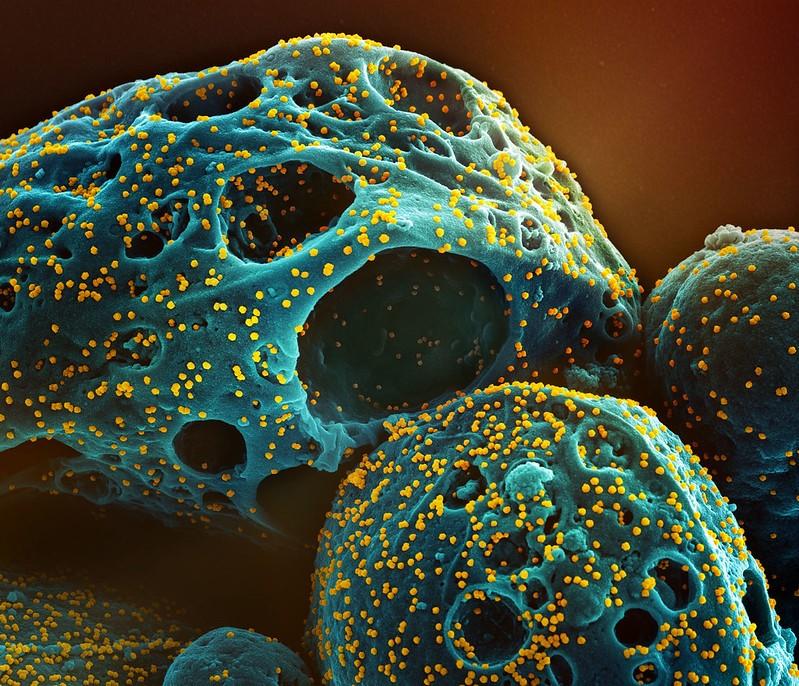 The World Health Organization (WHO) advisory group on virus evolution said the Omicron XBB.1.5 subvariant is poised to drive an increase in COVID-19 cases, but it cautioned that confidence in its assessment is low, because most of the information is based on data from just one country—the United States.

In other developments, health officials in the United States extended the COVID-19 public health emergency again, as the world closely watches developments there with XBB.1.5 and looks for clarity on China's evolving surge.

The WHO said 5,288 XBB.1.5 sequences have been reported between Oct 22 and Jan 11 from 38 countries. Just over 82% are from the United States, with the United Kingdom (8.1%) and Denmark (2.2%) among other countries reporting the most sequences.

The subvariant's genetic characteristics and growth rate estimates suggest it may contribute to rising cases. However, the WHO said its confidence in the assessment is low, given that the growth advantage estimate is just from the United States. Last week, US officials fine-tuned their assessment of XBB.1.5 proportions, showing less vigorous growth than previously thought, though spreading is still robust.

Along with BQ.1 subvariants, XBB.1.5 is one of the most immune evasive variants to date, the WHO said. So far, there is no evidence that illnesses involving the subvariant are more severe, and XBB.1.5 doesn't carry mutations that are known to increase severity.

In an update yesterday, the sequence sharing database GISAID said China continues to ramp up its genomic surveillance, with a host of genome sequences shared by provinces, cities, universities, and private labs. So far, the data suggest that the sequences from China resemble known circulating variants. New data from Shanghai show a range of known lineages from multiple separate introductions. GISAID also marked the third anniversary of its EpiCoV database, which now has 14.5 million sequences shared by 215 countries and territories.

In its weekly COVID-19 update today, the WHO said cases declined 9% last week compared to the previous week, with declines or stable trends seen in all six world regions. Deaths declined 12% over the same time period, with decreases or stable patterns in all regions except for two that showed increases: the Eastern Mediterranean and Western Pacific.

However, the WHO emphasized that the global trends should be interpreted with caution due to reduced testing and holiday-related delays in reporting.

Of the nearly 2.9 million cases reported to the WHO last week, the five countries reporting the most infections were Japan, the United States, South Korea, China, and Brazil.

Meanwhile, more than 11,000 deaths reported, with the United States, Japan, Brazil, China, and France reporting the most.

At today's briefing, Tedros said the number of deaths is an underestimate, given under-reporting of COVID-related deaths from China, which narrowly defines a COVID-19 death to respiratory failure. He said the data from countries aren't adequate enough to give a clear picture of who is dying and why.

He said only 53 of 194 countries include age and sex with death data. Tedros called on countries to provide the data and repeated his call for countries to focus on fully vaccinating at-risk groups, especially older people.

The US Department of Health and Human Services (HHS) today renewed the public health emergency for COVID that has been in place since January 2020 and has now been extended 12 times since then.

Cases and deaths are still rising. The 7-day average for new daily COVID-19 cases is 67,514, up 17% compared to a week ago, according to Washington Post tracking. By the same measure, deaths are up 8%, while hospitalizations are down 9%.

As schools resume after the holidays, some are ordering temporary mask mandates due to elevated levels of COVID and other respiratory viruses, ABC News reported. Some districts in New Jersey and Pennsylvania reinstituted their mask policies before the winter break, and now some in Massachusetts and Michigan have made similar announcements. In Chicago, schools asked students to take rapid tests before returning to classes.