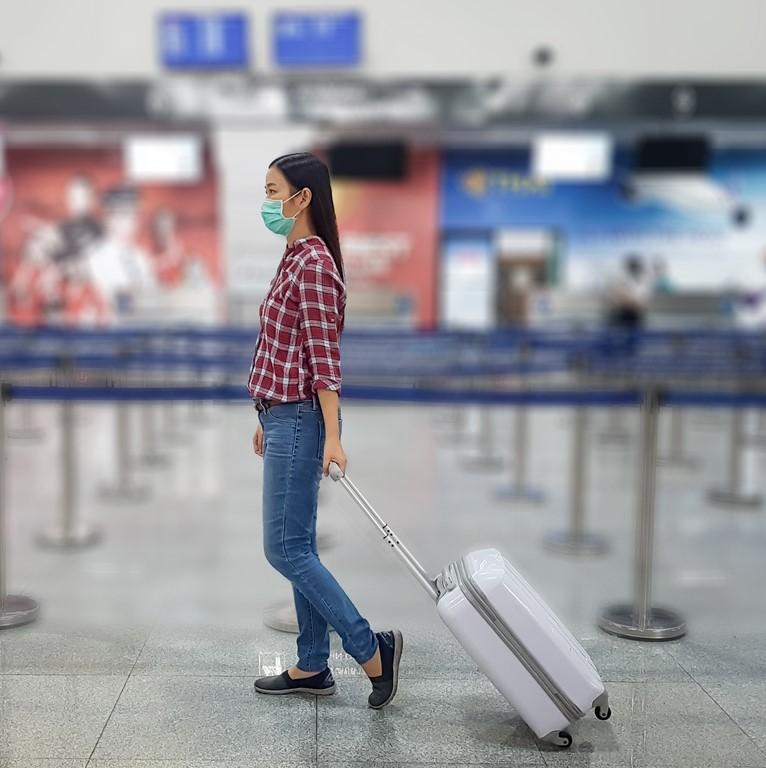 The United States will enact strict travel bans beginning today to limit foreign travelers who may be infected with variant strains of COVID-19, almost 1 year after the country banned travelers from China.

The ban will extend to all non-US citizens traveling to America from the United Kingdom, Ireland, and 26 countries in Europe in the Schengen Area. Travelers from Brazil and South Africa, where new variants of the virus have recently been discovered, will also be banned.

Tomorrow, the Centers for Disease Control and Prevention (CDC) will start to require all travelers flying to the United States provide proof of a negative COVID-19 test taken within 3 days of their flight.

"If a passenger chooses not to present a test result or documentation of recovery, the airline must deny boarding to the passenger," the CDC said.

The CDC order applies to all travelers 2 years and older and also requires a 7-day period of quarantine for all travelers, regardless of negative test status.

Rochelle Walensky, MD, the CDC's new director, is also expected to sign an order later today that will require masks on passengers age 2 and older on all airplanes, ferries, trains, subways, buses, taxis, and ride-share vehicles in the United States, Reuters reported.

The measures signal the threat of the variants, which include B117 (first identified in the United Kingdom) and B1351 (first found in South Africa). Both variants are thought to be significantly more contagious than the original SARS-CoV2 strain identified in Wuhan, China 1 year ago.

Today Moderna, the manufacturer of one of the two approved COVID-19 vaccines currently used in the US, said early clinical data support the vaccine is protective against B117 and B1351.

The company also announced it would begin developing a new booster dose of vaccine added to the current two-dose regimen to target B1315.

"Out of an abundance of caution and leveraging the flexibility of our mRNA platform, we are advancing an emerging variant booster candidate against the variant first identified in the Republic of South Africa into the clinic to determine if it will be more effective to boost titers against this and potentially future variants," said Stephane Bancel, Chief Executive Officer of Moderna.

Merck to focus on therapeutics

In related news, Merck announced today it is abandoning its efforts to develop a COVID-19 vaccine, and will instead focus on developing two therapeutic candidates.

The company had two vaccine candidates, and while both proved safe, they did not elicit a robust immune response. The company said Phase 3 results from one of their therapeutic candidates, MK-7110, are expected by March, and will show a greater than 50% reduction in the risk of death or respiratory failure in patients hospitalized with moderate to severe COVID-19.

Yesterday Walensky told Fox News Sunday that the CDC does not know how many vaccine doses are available to the federal government, but said by the end of March supply will increase dramatically, especially if a single-dose vaccine from Johnson & Johnson is approved for emergency use.

"We don't have as many doses as we would like now, right now is the pressure point that I'm feeling, by the end of March or so I hope our production has scaled up dramatically," Walensky said.

US nursing home residents get at least 1 dose

As of today, Walgreens and CVS are reporting that every nursing home resident and staff member who wants to be vaccinated against COVID-19 should have received at least one shot, according to USA Today. The two pharmacies were recruited by the Trump administration to rollout the vaccine to these vulnerable populations, beginning in December.

In total, vaccines were administered at 15,000 long-term care facilities nationwide.

Despite the progress made to vaccinate this group, intensive care unit (ICU) beds across the United States are filling up with COVID-19 patients. According to the Texas Tribune, 50 hospitals in that state have completely full ICUs, as illness remains high after a post-holiday surge.

A new analysis of federal hospital data from the Associated Press shows more than 40% of Americans live in areas running out of ICU space, with only 15% of beds still available. Areas in the south and west are under the biggest strain.

The stress on ICUs takes place against the backdrop of a grim weekend milestone for the United States: More than 25 million Americans have now been infected with the novel coronavirus.

In total the United States has had 25,217,690 COVID-19 infections, including 420,267 fatalities, according to Johns Hopkins University.