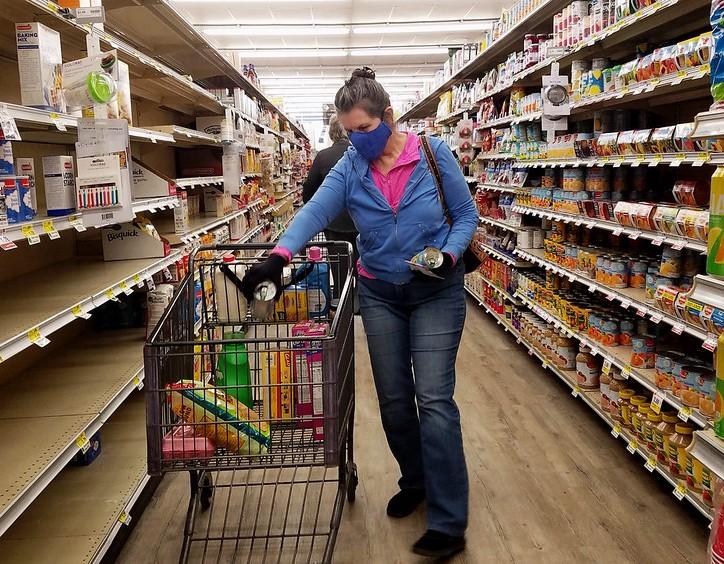 The global COVID-19 total passed 3 million cases today, and with trends in flux in different parts of the world, the World Health Organization (WHO) director-general today warned that the pandemic is far from over.

It took just 12 days for the pandemic total to soar from 2 million to 3 million. Though much of the recent rise in cases is related to brisk activity in the United States, outbreaks are accelerating in other parts of the world, such as Russia and South America.

At a media telebriefing today, WHO Director-General Tedros Adhanom Ghebreyesus, PhD, said that, as new cases in Europe decline and countries scale back their lockdowns, the WHO recommends finding, isolating, testing, and treating every case and tracing all contacts to ensure that outbreak declines continue.

"But the pandemic is far from over," he said "WHO continues to be concerned about the increasing trends in Africa, Eastern Europe, Latin America, and some Asian countries." And he warned that in many regions, the number of COVID-19 cases and deaths are underreported because nations don't have enough testing capacity.

Tedros also said the WHO is worried about the pandemic's secondary effects on other groups, such as children who face interruptions in routine vaccination programs against other diseases and populations at risk for malaria who may be affected by delays in public health measures, such as prophylactic treatment, to keep disease levels low.

In another WHO development, health officials over the weekend clarified its recent scientific brief about "immunity certificates" and antibody testing. On Twitter yesterday, the WHO said it expects that most people infected with the COVID-19 virus will develop an antibody response that provides some level of protection.

"What we don't yet know is the level of protection or how long it will last," the WHO said. "We are working with scientists around the world to better understand the body's response to COVID-19 infection. So far, no studies have answered these important questions."

At today's briefing, Maria Van Kerkhove, PhD, the WHO's technical lead for COVID-19, said studies are also under way to assess the accuracy of the antibody tests, many of which have recently entered the market.

In Italy, the first country outside of China to experience a massive outbreak, cases and deaths are slowly declining, and the country's prime minister said yesterday that the country will begin a phased lifting of its measures on May 4, NPR reported.

The plan would reopen parks, allow people to visit relatives, and allow small funerals. If the outbreak doesn't worsen, museum and stores could reopen and sports teams could resume training starting on May 18. Restaurants, cafes, and hair salons would reopen on Jun 1, with schools resuming in September.

In Germany, where cases and deaths are also on the decline, the government is slowly easing restrictions, but cloth face masks are mandatory on public transport and in shops in most of the country's states, the BBC reported.

Russia's lockdown is slated to expire on Apr 30, and so far it's not clear if it will be extended. According to Reuters, though the head of the country's safety watchdog Rospotrebnadzor has recommended keeping restrictions through May 12, the government is considering proposals to ease some curbs on businesses.

Japan's government, meanwhile, is considering extending the country's state of emergency beyond May 6, Japan Times reported. The country's hot spot is Tokyo, though several prefectures are also battling outbreaks. Kyodo News reports that Japan has expanded an entry ban to 14 more countries, including Russia, Saudi Arabia, and the United Arab Emirates.