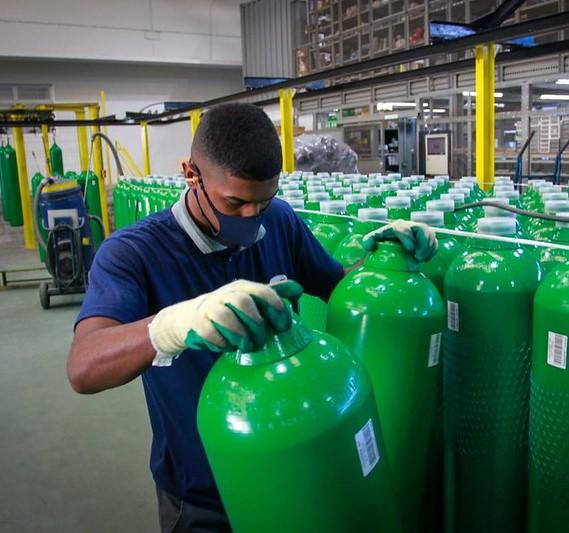 At a WHO briefing today, Maria Van Kerkhove, PhD, the group's technical lead for COVID-19, said six of Brazil's states are in critical condition, and most states have intensive care unit (ICU) occupancies of more than 90%. She said more than 6,000 COVID-19 patients in Brazil are waiting for ICU beds.

Van Kerkhove said the more transmissible P1 SARS-CoV-2 variant is predominant in 13 of Brazil's 26 states, and the rise in ICU occupancy involves all age-groups.

Yesterday, Brazil reported a record daily high number of deaths, with 3,869 fatalities, according to Reuters.

Elsewhere in South America, Chile reported a new single-day high for new cases, with 7,830 reported, and the government today announced new restrictions, including closing its borders in an attempt to slow the spread of variant viruses, according to Reuters. The country has vaccinated about 35% of its population, but cases have spiked in recent weeks in the wake of summer holidays. Much of the country is under lockdown to ease the pressure on ICUs.

In Europe, officials from the WHO's European regional office said yesterday that the region is at the most worrying point in the past few months, with variants spreading at a time when people are celebrating religious holidays, hospitals are feeling pressure, and countries are struggling with vaccine deployment.

Hans Henri Kluge, MD, MPH, who directs the WHO's European regional office, said, "Vaccines present our best way out of this pandemic. Not only do they work, they are also highly effective in preventing infection. However, the roll-out of these vaccines is unacceptably slow."

Officials said cases in Europe are increasing in all age groups, except for those ages 80 and older, reflecting an early sign of the vaccine's impact.

Officials called on countries to take early public health measures based on health data while vaccination coverage grows. They noted that 27 countries in the European region are in partial or full lockdown, with 21 ordering night curfews. Currently, 23 have stepped up their restrictions, while 13 have eased measures.

Earlier this year, Tedros set out a goal to begin vaccination in all countries by the 100th day of the year, which falls on Apr 10. He also asked vaccine makers to help ensure that countries can donate the doses.

"This challenge has been heard but we’re yet to receive commitments for these doses," he said, while also acknowledging that rising cases and hospitalizations pose challenges for many countries.

In a related development, yesterday the WHO announced that Carl Bildt, Sweden's former prime minister, has been appointed as a special envoy to the ACT Accelerator, a mechanism to speed the development of vaccines, therapeutics, and diagnostics and ensure their equitable access. Bildt will be mobilizing support and resources for the effort.