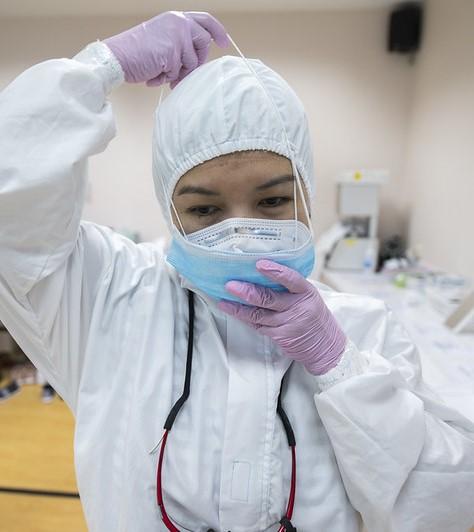 As several countries such as Indonesia battle fresh surges fueled by the Delta SARS-CoV-2 variant and other factors, others are taking early actions to limit the spread, including Australia and Israel.

In other developments, health officials in India fearing another wave of infections from a variant related to Delta, which they call Delta Plus, have put the brakes in the easing of restrictions in part of Marahashtra state.

Indonesia yesterday reported a record daily high of more than 20,000 cases, with the Delta variant spreading in the wake of Ramadan holiday travel. And hospitals feeling the pressure are building tent emergency units to free up capacity for COVID-19 patients, according to Reuters.

Intensive care unit (ICU) beds are near capacity in Jakarta, where some hospitals are being set up to exclusively treat COVID-19 patients. Health officials have taken some distancing measures in the hardest hit areas, but have stopped short of full lockdowns.

Russia's capital Moscow, the country's main hot spot, reported a single-day high of 601 deaths, as the country reported 20,393 new cases, the highest since Jan 24, according to Arab News.

Meanwhile, Israel, which had recently driven its daily cases down into the single digits, reimposed its indoor mask order, with more than 200 new cases reported, the most since early April, according to the Times of Israel. The health ministry also signaled that it may reimpose limits on gatherings if cases continue to rise.

Elsewhere, Australia's outbreak in Sydney—also driven by the Delta variant—rose to 60 cases,  and officials announced a week-long lockdown for downtown Sydney and its eastern suburbs, according to Reuters. The Australian Medical Association, a doctor's professional group, said the lockdown isn't big enough and needs to cover the whole Sydney area.

As cases steadily retreat from an unprecedented surge, Indian officials are fearing another rise in cases after identifying another variant related to Delta, which they call Delta Plus. According to the New York Times, it carries a mutation in the spike protein that is similar to the one in the Beta (B1351) variant, which has been linked a reduction in neutralization activity.

The Delta Plus sublineage virus was first found in India in April and has been detected in about 12 countries, including the United States.

According to Indian media reports, Maharashtra state—where Delta Plus was first detected—tightened some of its curbs, as its number of Delta Plus cases rise. The country's health ministry said at least 51 cases have been reported so far, roughly half from Maharashtra state.