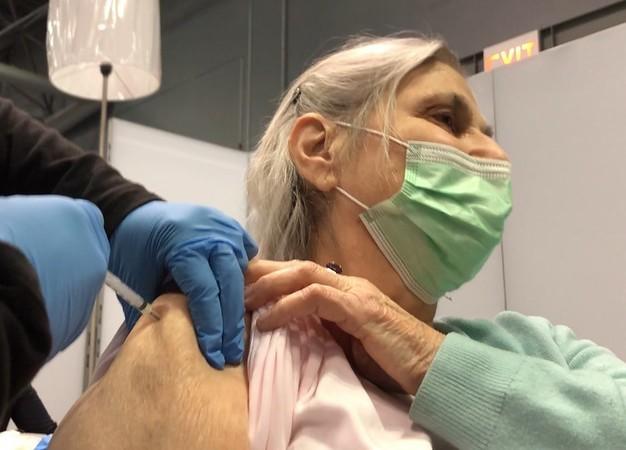 A single dose of the AstraZeneca/Oxford vaccine offered 76% protection against COVID-19 for 3 months, at which time administering the second dose resulted in up to 47% greater protection than giving it at 6 weeks, according to a study published late last week in the Lancet.

The pooled post-hoc exploratory analysis of four randomized, controlled trials led by researchers from Oxford University involved 17,178 adults in the United Kingdom, Brazil, and South Africa from Apr 23 to Dec 6, 2020.

The study also examined the effect of one versus two doses of the vaccine in reducing community spread of COVID-19 and the protection conferred by a low dose followed by a standard dose versus two standard doses.

Participants who received two vaccine doses at least 3 months apart were estimated to have 81% protection against the coronavirus, with 8 COVID-19 cases among 1,293 vaccinees, compared with 45 of 1,356 in the placebo group. In contrast, those given their doses less than 6 weeks apart were 55% protected, based on 35 of 3,890 COVID-19 cases, compared with 76 of 3,856 in the control group.

No participants were hospitalized in the 22 days after they received their first vaccine dose, while 15 in the control group were admitted. Tests of immune response in vaccinees aged 18 to 55 years also found that antibody concentrations were more than twice as high in the group given doses 3 months apart than in those under the 6-week dosing regimen.

Participants who chose to have just one vaccine dose showed sustained 76% protection and antibody response from 22 days to 3 months later (17 COVID-19 cases among 9,257), versus 71 of 9,237 cases in the control group.

The researchers said that the duration of protection conferred by a single vaccine dose is unknown because the study had only a 3-month follow-up period; thus, they continue to recommend a second dose.

Study coauthor Andrew Pollard, MBBS, PhD, of Oxford University, said in a Lancet news release that the study results may help policymakers decide how to allocate doses for the biggest public health benefit.

"Where there is a limited supply, policies of initially vaccinating more people with a single dose may provide greater immediate population protection than vaccinating half the number of people with 2 doses," Pollard said. "In the long term, a second dose should ensure long-lived immunity, and so we encourage everyone who has had their first vaccine to ensure they receive both doses."

The results revealed that two doses, regardless of dosage amount, produced 67% protection against symptomatic COVID-19. These effectiveness results are based on 332 participants who became ill more than two weeks after the second dose, with 84 of 8,597 cases in the intervention group versus 248 of 8,581 cases in the placebo group.

While the study didn't include a transmission analysis, the researchers estimate that a single dose of the vaccine could reduce community transmission as much as 64%, falling to 50% after two doses because this part of the analysis included more asymptomatic cases, against which the vaccine is less effective.

Lead author Merryn Voysey, DPhil, of Oxford University, said in the release that the team initially attributed the high efficacy rate of the low/standard dose regimen to the size of the doses but now suspect that it may be at least partly due to the longer interval between doses.

"This further supports the relationship we have found between vaccine interval and efficacy in those receiving two standard doses, which is the preferred regimen because there are more data to support its use, and because it is simpler to deliver a vaccine programme when the same vaccine is given for both doses," she said.