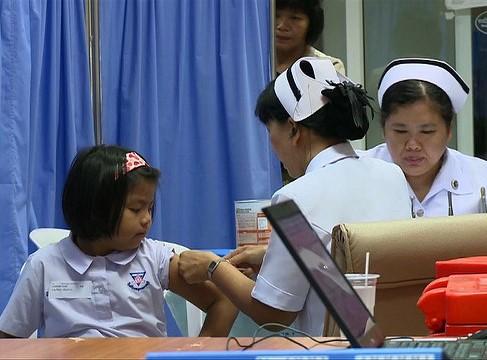 In the wake of Sanofi Pasteur’s recommendation that its blockbuster dengue vaccine, Dengvaxia, not be administered to those with no history of dengue infection, the Philippines has become embroiled in a finger-pointing public health crisis.

Today, Benigno Aquino III, the president at the time that the Philippines implemented a nationwide pediatric vaccination campaign with Dengvaxia in 2016, defended his decision to green-light the program, which has inoculated 830,000 children since April of last year, according to GMA News.

Jody Lanard, MD, was in Manila in April of 2016 and witnessed the rollout of Dengvaxia. She said that at the time, there were many outspoken critics of the vaccine.

"All officials who spoke with me about the Dengvaxia campaign worried about the potential for future severe dengue cases in vaccinated persons who had never had a previous case of dengue," said Lanard, a public health risk communication expert, in an email. "They gave me many articles going back to at least 2010, about this unproven but frightening risk with respect to dengue vaccine development."

The unproven risk is ADE, antibody dependent enhancement, the dengue phenomenon wherein antibodies from a previous dengue infection counterintuitively worsen subsequent infections with the flavivirus. In people who have never had a dengue infection, Dengvaxia could act like an initial exposure, priming them for more severe outcomes when they contract the virus years after inoculation.

Several officials in the Philippines have spoken out in the last 2 weeks, claiming they urged the Filipino government against rolling out the dengue vaccine before long-term safety data on ADE were gathered. And the death of one school-aged girl has been attributed to dengue infection after she received the vaccine.

Sanofi denies Dengvaxia causes ADE and says there are many unknown factors surrounding why people who have never been infected with dengue are more likely to be hospitalized after vaccination than people who have gotten dengue previously and then received the vaccine.

Yesterday the World Health Organization (WHO) revised its recommendations on Dengvaxia, stating that people who have not been infected with the virus should avoid the vaccine.

The WHO cites research from Sanofi’s clinical trials that shows the magnitude of risk is about 4 out of every 1,000 seronegative patients vaccinated who developed severe dengue disease during 5 years of observation. The risk of developing severe dengue in non-vaccinated individuals was 1.7 per 1,000 over the same period.

For Lanard the question of who is responsible for the current mess in the Philippines comes down to two questions: Who knew what when, and what risks were Filipino parents told before their children were vaccinated?

"If Sanofi actually knew no more and no less than all the other experts who worried about the potential for antibody-dependent enhanced dengue in dengue-naive vaccinated persons, and if it told the Filipino government what it knew (and didn't know), then I would definitely hold the Filipino government responsible for a premature massive vaccination campaign," she said.

"I would particularly hold the government responsible if the Filipino government failed to warn parents that dengue-naive children might be at elevated risk for a severe future dengue infection."

"There is absolutely no way the Filipino government can claim they didn't know about the potential for ADE-dengue in some vaccinated children," Lanard said. "They only have a claim against Sanofi if they can prove that Sanofi dishonestly reassured them that this worry had no basis."

For Marc Lipsitch, DPhil, a professor of epidemiology at Harvard University, who is to blame is of less concern than the possible repercussions of the Dengvaxia fallout.

"Of course the fear is that this can add fuel to the anti-vaccine movement," Lipsitch said.

And unlike previous anti-vaccine arguments, there's evidence that Dengevaxia could increase harm to some recipients.