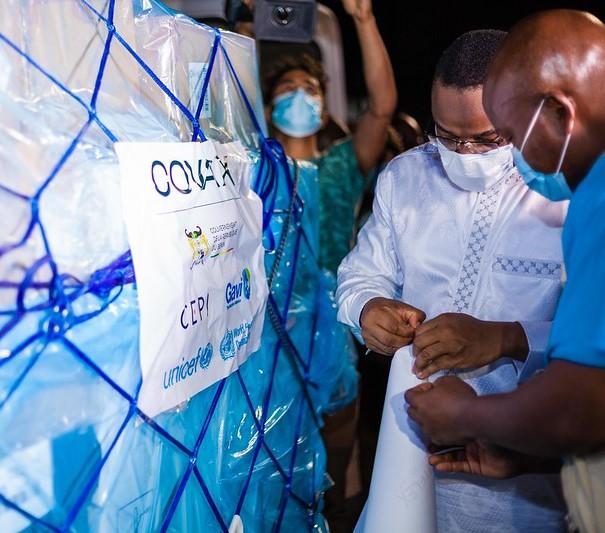 The global effort to boost doses of COVID-19 vaccine for low- and middle-income countries got a major shot in the arm today at a Gavi donor conference, netting new pledges totaling $2.4 billion from nearly 40 groups, including governments, private companies, and foundations.

In other developments, the World Health Organization (WHO) said yesterday in its weekly snapshot of the pandemic that although cases have dropped for the fifth week in a row, some countries across all of its regions are experiencing significant rises. And five nations announced plans to share vaccine doses.

Gavi said the pledging event exceeded its funding target and will allow it to secure 1.8 billion doses for COVAX to be delivered in 2021 and 2022, enough to cover nearly 30% of the adult populations in 91 recipient countries, according to a press release sent to journalists. Japan cohosted today's event and pledged $800 million, increasing its contribution to COVAX to $1 billion.

Also, five countries made new commitments to donate 54 million more vaccine doses to COVAX, lifting the number of doses shared to more than 132 million. They include Japan, Belgium, Denmark, Spain, and Sweden.

In the Gavi statement, its chief executive director, Seth Berkley, PhD, said bringing the pandemic to an end is the world's most pressing challenge. "Today, as we looked back on one year of COVAX, we saw that global leaders clearly recognise the need for equitable access and support the principle that ability to pay should not determine whether someone is protected from this virus," he said.

Yesterday, US Secretary of State Antony Blinken said at a briefing with Costa Rica's president that the United States will announced in the coming weeks how it will distribute 80 million doses of COVID-19 vaccine, according to The Hill.

In another COVAX development, Gavi is in talks with China to include the Sinovac vaccine, recently approved for emergency use by the WHO, to the COVAX program, according to Reuters.

Many regions have hot spots

In its weekly epidemiologic report yesterday, the WHO said global cases have declined for the fifth week but are still at a high level, and deaths have dropped for the fourth week in a row. The agency warned, however, that cases are up significantly in some countries in all of its regions.

The five countries that reported the most cases last week were Brazil, India, Argentina, the United States, and Colombia.

Yesterday, the WHO's African regional office said in its weekly outbreaks and health emergencies report that cases are up for the second week in a row, including in South Africa, with concerning rises in Namibia, Uganda, and Zambia.

At a briefing today, Carissa Etienne, MBBS, who directs the WHO's Pan American Health Organization (PAHO) said after plateauing and even decreasing, cases are rising again in Central and South America, as well as in the Caribbean.

She sounded the alarm about a deepening crisis in Haiti, where cases, hospitalizations, and deaths have risen sharply in recent weeks, fueled by the Delta (B117) and Gamma (P1) variants and health measures that are being ignored by the public.

She called for groups to urgently scale up their responses. "The situation we’re seeing in Haiti is a cautionary tale in just how quickly things can change with this virus," she said.