Double masking amid COVID-19 not backed by research, experts say 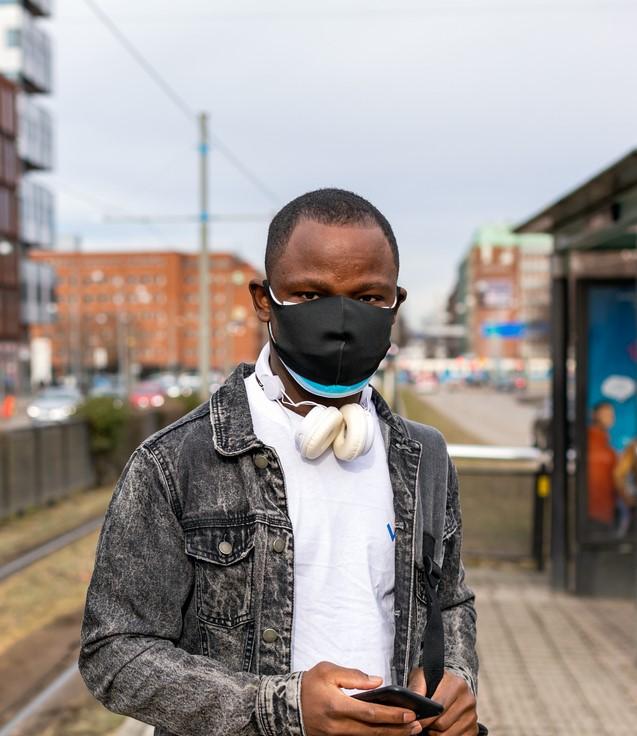 A study concluding that wearing a disposable medical procedure mask under a reusable cloth face covering protects the wearer against COVID-19 infection better than a mask alone has some scientists worried that it could inadvertently lead to a false sense of security, risky behaviors, and infections.

The study, one of a series on pandemic face coverings funded partially by the Centers for Disease Control and Prevention (CDC), was published on Apr 16 in JAMA Internal Medicine. The CDC used the studies as a basis for its Apr 6 updated face covering guidelines, which call for the use of a multilayered cloth mask or a disposable mask under a cloth mask to press the edges of the disposable mask against the face.

The three participants were asked to make a series of movements of the face, head, and torso, as described by the Occupational Safety and Health Administration (OSHA) Quantitative Fit Testing protocol, while wearing a nonwoven polypropylene Intco procedure mask either alone or topped by another procedure mask, a Hanes cotton face mask with ear loops, a cotton bandanna, or a polyester gaiter.

The authors concluded that wearing a medical procedure mask, such as those available to the public, below a cloth face covering dramatically improves overall COVID-19 protection by improving the seal between the mask and face, "suggesting that fit, not material, is the intrinsic limiting factor for procedure masks."

'Time will eventually betray you'

Lisa Brosseau, ScD, a research consultant at the Center for Infectious Disease Research and Policy (CIDRAP) at the University of Minnesota, publisher of CIDRAP News, however, said the study was overly simplistic and sends the wrong message.

Simon Smith, PhD, a retired researcher in respirator design and development in Canada, said that the very small study population generated data that are difficult to interpret, with wide standard deviations. "The spread in data is such that you can't derive a conclusion from it," he said. "Is it the actual change or the in-person difference you would see anyway?"

According to the study's lead author, Emily Sickbert-Bennett, PhD, of the University of North Carolina at Chapel Hill, the study was designed to measure how well two masks protect the wearer against COVID-19 airborne particles, or aerosols, rather than how well they protect people in the vicinity. "We were measuring how well the mask protects you if are coming into contact with aerosols," she said in an interview. "Fitted filtration efficiency is how well a mask keeps what's outside from coming inside."

Sickbert-Bennett said, "It's not so much a matter of adding layers of materials as much as it is that the cloth mask, bandanna, and gaiter have so much more fabric that wraps around the face. It really serves to enhance the fit."

Minutes, not hours, of protection

The problem, Brosseau said, is that the study ignored filter efficiency as defined in standards and in the scientific literature.

"What they're missing is that filter efficiency is a big player in how well something fits," Brosseau said, adding that most procedure masks have poor filter efficiency, which means they let a fair amount of airborne particles through.

Even if double masks conferred the 81% maximum effectiveness found in the study, it is still overselling what procedure masks and cloth face coverings can do over time, Brosseau added. "No, you will not get 80% protection," she said. "A face covering will give you only minutes. Only a fitted N95 respirator will give you hours."

Neither does the study specify the particle sizes used in the study or discuss the differences in the universe of face coverings, which would affect performance, according to Brosseau. "All four performance factors—filter efficiency, airflow resistance, and inward and outward leakage—need to be considered," she said.

The study authors touched on breathing resistance, noting that double masking can reduce breathability. "That is an important issue and one that has not been recognized by CDC," Brosseau said. "The higher breathing resistance causes discomfort and makes it unlikely that people will wear the face covering snugly or correctly on their face."