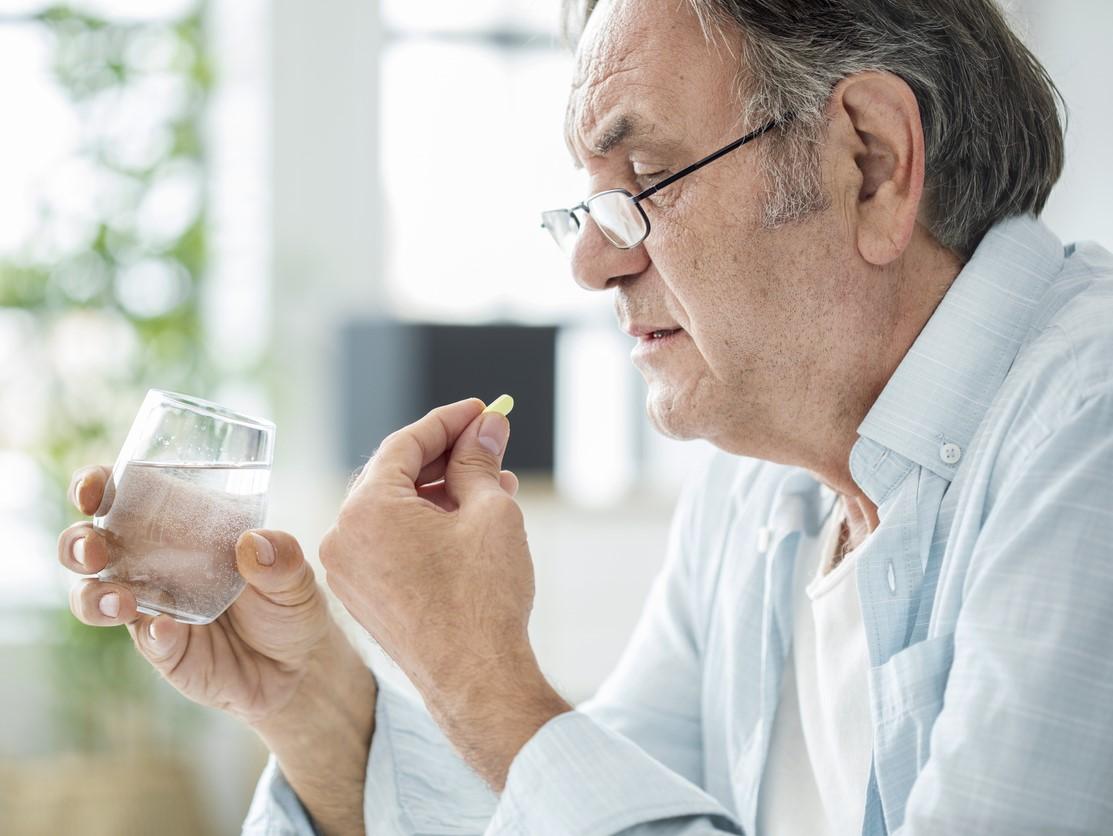 Editor's note: This story was updated on Feb 21, 2022, with a more accurate description of the caveats surrounding potential toxicity of molnupiravir to the embryo or fetus.

Supplies of the eagerly awaited oral COVID-19 antiviral prescription medications are slowly arriving at US pharmacies, but despite strong evidence that they can help reduce symptoms and prevent severe illness, federal data and experts suggest that many patients don't know about them or don't want to take them.

Two oral COVID-19 antiviral medications, molnupiravir (Merck) and Paxlovid (nirmatrelvir and ritonavir, Pfizer), have been proven to be safe, effective, and convenient treatments to take at home.

However, patients have to surmount several hurdles to get them—including recognizing that they have symptoms of COVID-19, getting a COVID-19 test, having a positive test, securing a doctor's appointment, getting a prescription, and finding a pharmacy with a supply—and they have to do all of this quickly. Antivirals need to be started within the first 5 days of COVID-19 symptom onset in order to produce a benefit.

"High-risk patients in the first few days after diagnosis don't realize how much sicker they're going to get, so they miss the opportunity to get better faster—and by the time they actually do, it's too late," said Bryan Jarabek MD, PhD, chief medical informatics officer and hospitalist at M Health Fairview in Minneapolis.

Hailed as a potential lifesaver by their manufacturers and experts alike, molnupiravir and Paxlovid were expected to be in high demand after the US Food and Drug Administration issued emergency use authorizations (EUAs) for both therapies in late December. But federal data show otherwise, with many courses still on pharmacy shelves.

The antivirals are authorized for the treatment of mild or moderately ill patients at high risk for COVID-19 hospitalization and death. Molnupiravir is indicated for patients 18 years and older owing to concerns about impeding bone and cartilage growth in children, while Paxlovid can be given to those age 12 and up.

The much-lower efficacy of molnupiravir (30%) relative to Paxlovid (88%) and GlaxoSmithKline and Vir's monoclonal antibody sotrovimab (85%) may also factor into patients' decision to decline it, according to Kurt Proctor, PhD, RPh, senior vice president of strategic initiatives at the National Community Pharmacists Association (NCPA) in Washington, D.C.

"Given the prevailing information people have, that's going to make that option less attractive to some folks and to prescribers," he said.

Another reason, Jarabek said, is that patients know that molnupiravir and Paxlovid are reserved for patients at high risk for progressing to hospitalization or death. "People don't often identify themselves as high-risk," Jarabek said. "They say, 'someone else is probably more high risk than me; why don't you give it to them?'"

When M Health Fairview first received the antivirals, it invited high-risk COVID-19 outpatients for appointments to see if they were eligible for the drugs. "About 70% of those [invited] accepted an appointment," Jarabek said. "I would think that there's a big group of patients who don't accept or call us back."

But for patients who aren't eligible for Paxlovid or monoclonal antibodies because they're not at high enough risk (4 or greater on Minnesota's M-MASS COVID-19 therapy ethical scoring system) or have contraindications to those treatments, 30% is a lot better than nothing, Jarabek said. "It's better than being sick or out of work," he said.

Caveats for both drugs

Both molnupiravir and Paxlovid come with warnings. While pregnant and lactating women can take Paxlovid, they can't take molnupiravir owing to potential toxicity to the embryo or fetus. Thus, some providers require women of childbearing age to take a pregnancy test before getting a prescription. They must also use contraception during treatment and for 4 days after the last dose, while men must use contraception during treatment and 3 months after the last dose.

Paxlovid, on the other hand, is not appropriate for people with severely impaired kidneys or liver and may be contraindicated for those taking other medications that can't be interrupted or adjusted.

Minnesota State Epidemiologist Ruth Lynfield, MD, said while her department doesn't provide patient care, it is aware of low patient acceptance, particularly with molnupiravir. "We have heard anecdotally about hesitancy with molnupiravir," she said. "The challenges with Paxlovid we have heard about have had to do with drug interactions associated with the ritonavir component."

But Jarabek said that doctors and other personnel always work to ensure that it's safe to take molnupiravir and Paxlovid, by adjusting patients' other medications, if needed. "They are safe and effective when we prescribe and [patients] take them correctly," he said.

Patients also may be reluctant to take a new, experimental drug, experts say. And Proctor said that because the drugs are prescribed under an EUA, their manufacturers are likely limited in what they can say and do. "Manufacturers play a big role in educating about their products," Proctor said. "When [a drug is] fully approved, they can be much more aggressive in educating and communicating."

More shipments on the way

While shipments of Paxlovid have lagged behind that of molnupiravir in a roughly 1:5 ratio, supplies of the state-allocated therapeutics are slowly arriving. According to the US Department of Health and Human Services' Public Health Emergency website, the government has shipped 364,850 courses of Paxlovid and 1,500,360 courses of molnupiravir as of this week.

Minnesota, for instance, has been allocated 4,960 5-day courses of Paxlovid and 20,364 of molnupiravir, which are still arriving, according to Sarah Lim, MD, MPH, a medical specialist  with the Minnesota Department of Health.

Proctor said that his organization has been advocating for pharmacists to be able to prescribe molnupiravir and Paxlovid, which would be particularly convenient for patients tested for COVID-19 in the pharmacy. The EUA for these medications doesn't allow pharmacists to prescribe the antivirals. "That adds staff time and time for patients to get access to it," he said. "It's a contributing factor to a lot of the big issues at hand."

And because health plans, including Medicare Part D plan sponsors, and pharmacy benefit managers are providing dispensing fees for molnupiravir and Paxlovid that some pharmacies say are too low to cover the extra time and effort to fill their prescriptions, some pharmacies may decide they can't afford to stock them, Proctor said.

"Access to these meds could decrease because pharmacies might decide it's too much to carry and provide them," he said.

In a Jan 28, 2022, letter to the Centers for Medicare & Medicaid Services, NCPA Chief Executive Officer B. Douglas Hoey, RPh, MBA, said that fees to pharmacies have ranged from $1 to $10.50 for a prescribing procedure that may take nearly an hour.

In addition to following a nonstandard process for ordering the antivirals, pharmacists must receive the physical product, educate new patients, and work with prescribers to prioritize the drugs, ascertain the data on electronic prescriptions, and transition patients from monoclonal antibodies to oral therapy, the letter said.

More direct communication between prescribers and pharmacists can pave the way for patients to be able to more quickly and safely access their medications, by understanding "which pharmacies have the medicines in stock and choosing pharmacies that have access to the provider notes and can arrange drive-through or curbside pickup, since these patients have COVID," Jarabek said.

To try to convince more at-risk COVID-19 patients to take advantage of molnupiravir and Paxlovid, Jarabek said his hospital has changed the wording it uses. Rather than emphasizing that the drugs help prevent serious illness and death, it talks about rapid symptom relief. "Patients care more about if it makes them feel better," he said.

Debunking patient misconceptions about COVID-19 preventives and therapies is also important. "It's really strange how the trust of science and healthcare providers has eroded based on political views," Jarabek said. "We've all really seen a lot of distrust, and we can't figure out why. We still just want to help people."

While some patients may be deterred by the hurdles and obstacles they must surmount to get treatment, Proctor said it can be done.

"I do think that while there is a very short supply, if the process is started soon enough, these medications are available to them," he said. "It's not easy, but it's not an impossible mountain to climb."

When asked about how this process is working, Stephen W. Schondelmeyer, PharmD, PhD, with the University of Minnesota's Resilient Drug Supply Project, said, "This is a classic example of a public health effort that falls short of success in the last mile—and fails to get the treatments to many of the patients who most need them."

"On the one hand, the federal government has worked hard to get oral COVID-19 medications developed and purchased in large quantities, and they have allocated and distributed the drug to the states," he said.

"On the other hand, the feds and states have not taken sufficient steps to incentivize physicians and pharmacists to encourage prescribing, distribution, and use of these drugs or to educate and motivate patients about the benefits of these potentially lifesaving medications."