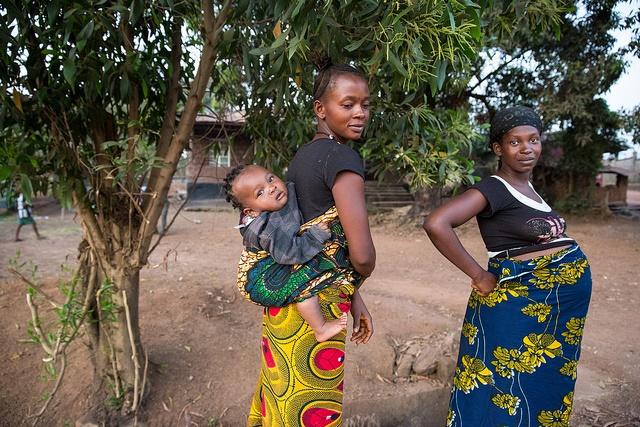 New Ebola cases in West Africa remained in the low single digits in today's weekly report, as the response achieved some key milestones last week, with signs that the region has gotten through the feared rainy season without a surge.

Guinea and Sierra Leone each reported a single case last week, according to an update today from the World Health Organization (WHO), though Sierra Leone recently reported a cluster of new cases that is not fully included in the report.

Bruce Aylward, MD, MPH, the WHO's assistant director-general in charge of Ebola outbreak response, told reporters at a media briefing today that the two countries are down to just three transmission chains, with cases at two or three for the sixth week in a row. "Every one of these cases tells us a story on how we close this thing out," he said.

In a related development yesterday, the WHO released interim guidance on Ebola disease in pregnancy, which addresses risks posed during delivery and while managing pregnancy-related complications.

Guinea's case involves a 13-year-old girl who is a contact and relative of a recently confirmed patient, all part of an ongoing transmission chain in Conakry's Ratoma area. The WHO said her illness poses a high risk of transmission, because she was briefly lost to follow-up when she had early symptoms, then visited several private health facilities before her illness was confirmed and she was admitted to an Ebola treatment center.

Response workers are following 292 contacts, most of them in Conakry. But 26 of them are in Dubreka, where an infection was detected in a baby girl the week before.

In Sierra Leone, an infection was detected in the daughter of a 67-year-old woman from Kambia district whose illness quickly ended the country's countdown toward Ebola-free status. The daughter was thought to have a high risk of exposure, because she had cared for her mother while she was sick. The WHO said 900 contacts are being followed, but a fair number of them are at low risk.

The agency warned, though, that it expected further cases, because about 40 of the contacts were deemed to be at high risk. Over the past couple days health officials in Sierra Leone announced four new cases, which likely include the daughter's infection. Health officials said the older woman's family members had cared for her themselves, rather than reporting her illness to authorities.

Health officials are still trying to sort out how the index case in the transmission chain was infected.

No new healthcare worker infections were reported in the outbreak region last week, keeping that total to 881 illnesses, 513 of them fatal.

Overall, the region's number of confirmed, probable, and suspected Ebola cases is at 28,147, with the number of deaths totaling 11,291.

Quiet successes in the outbreak countries

Aylward said the outbreak isn't over "by a longshot," but added that health officials are somewhat relieved that cases have stayed low, despite a rainy season that last August was suspected to have played a role in an exponential rise in cases.

He added that the outbreak is now in the third response phase, which focuses on managing residual risks, such as the persistence of the virus in survivors, which could spark reemergence. That is what might have occurred in a resurgent Liberian case cluster in June and July in Margibi County near Monrovia.

However, he said there are several reasons for optimism, given a handful of milestones that the countries met over the past few weeks, including Liberia achieving Ebola-free status for the second time. The others include Freetown, which has been a very challenging area, going 21 days without a new case and Guinea's Forecariah district also going 21 days without a lab-confirmed infection.

Forecariah's achievement is especially notable, he said, because the area at the Sierra Leone border had been a difficult hot spot for about 6 months, during which it had as many as 14 transmission chains and been the scene of attacks on police.

Meanwhile, health officials in Sierra Leone have recently gone house to house in a push to look for new cases called "Operation Safeguard," Aylward added. "They are going to extraordinary lengths to show that zero is zero."

In releasing its 4-page interim guidance document yesterday, the WHO said there is no evidence that women who survive Ebola illness and become pregnant pose a risk, but it said pregnant women who have active infections can pass the virus to others during delivery or during the treatment of medical complications.

The WHO's document addresses a wide range of issues, from managing pregnant women who are healthy but live in an area with active transmission to those who are sick with Ebola.

The guidance is intended to help with screening and triage of pregnant women in Ebola outbreak settings, establishing infection prevention and control protocols, addressing issues regarding contacts and survivors, and advising patients about lactation and Ebola disease.

Specific guidance on the clinical management of pregnant women will be released separately, the WHO said, adding that it will update its new guidance on Ebola and pregnancy as new evidence becomes available.

Sep 8 WHO interim guidance on Ebola in pregnancy