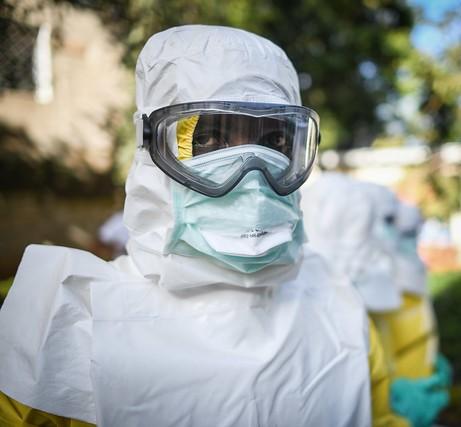 The number of people infected with Ebola continues to rise steadily in the Democratic Republic of the Congo's (DRC's) outbreak zone, according to reports yesterday and today, with one more healthcare worker sickened by the virus and the outbreak total rising to 2,546 cases.

Of 10 new cases reported in the health ministry's update yesterday, 4 were in Beni, a former Ebola epicenter that has become a hot spot again. The others were in Butembo (2), Mandima (2), Vuhovi (1), and Mutwanga (1). Outbreak responders are still investigating 402 suspected cases.

One of the new illnesses involves a vaccinated health worker from Mandima. So far, 137 healthcare workers have been infected in the outbreak, 41 of them fatally.

Today the World Health Organization (WHO) online Ebola dashboard reflects 14 more cases, which would push the outbreak total to 2,546.

Stepped up surveillance in Goma

In its report yesterday, the ministry said the entry point monitoring team at Goma International Airport will now operate 24 hours a day to identify contacts of confirmed cases traveling through the area.

Oly Ilunga Kalenga, MD, the DRC's health minister, was in Goma yesterday to meet with response teams following the detection earlier this week of the provincial capital's first case, a pastor arriving from Butembo who died from his infection. Kalenga visited the checkpoint in Nyragongo where the pastor had traveled through, as well as a new 60-bed Ebola treatment center being built by Doctors Without Borders (MSF).

Meanwhile, in other Ebola developments: