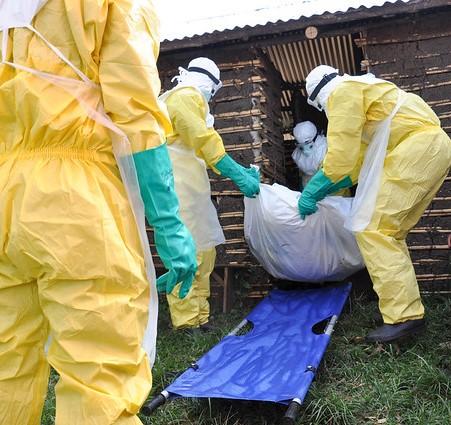 To underscore the heavy toll the outbreak has caused, among its 2,284 cases, as noted on the World Health Organization Ebola dashboard today, are 125 infected healthcare workers, including 2 new ones, DRC officials said.

Tim Ziemer, a senior deputy assistant administrator with USAID (US Agency for International Development), said, "We have been teaming up with our international partners: the World Bank, the U.K. government, and the E.U.," according to Washington, D.C.–based Devex, the media platform of the global development community.

"They're the principal other investors in addition to the United States," Ziemer added, "and there was an acknowledgment that we need a total reset in three major areas.…There are some significant shifts underway right now."

Ziemer said the US government supported the plan last month to appoint David Gressly, MBA, as United Nations emergency coordinator tasked with overseeing the response. He said the World Health Organization's (WHO's) effectiveness to lead the response has declined as the outbreak soldiers on, with no fast resolution in sight. The outbreak is taking place in a region beset with rebel violence and plagued at times by a suspicious or even hostile response from the public.

He said the four major donors have "jump-started a new strategic plan," which US officials hope to see by the end of July. Ziemer said the three-pronged reset needs to include an adequately funded team to support Gressly with "the right people," a better way to incorporate expertise and capacity from international organizations, and complete financial transparency about how funds are spent on response efforts.

An additional obstacle, according to Devex, has been convincing President Donald Trump to grant a waiver to the DRC to pave the way for US funds that are now being blocked because the country is labeled as a high level of concern under the Trafficking Victims Protection Act. But that could change soon.

"The White House has been reluctant to issue country-level waivers, but we're in discussions now, and we believe that there could be a different posture," said Ramsey Day, a senior deputy assistant administrator in USAID's Africa Bureau.

Two of the 12 cases confirmed yesterday involved health workers, the DRC health ministry said, one in Mabalako and one in Butembo. One of them was vaccinated, but officials did not specify how long ago.

The unvaccinated healthcare worker died in the community after refusing to be followed up. Community deaths—those that occur outside a healthcare setting—raise the risk of disease spread.

At least 125 healthcare workers have now contracted Ebola in the DRC, with at least 40 of them dying, the health ministry said.

Four of the 12 cases were in Mabalako, 2 in Beni, and 1 each in Oicha, Musienene, Masereka, Lubero, Kyondo, and Butembo. Officials also confirmed 9 new deaths, including 4 in the community, bringing the total fatality count to 1,531.

Ebola is coursing through a region that is also seeing the forced migration of thousands of people fleeing regional violence and is dealing with another epidemic.

Moussa Ousman, MSF head of mission in the DRC, said, "This time we are seeing not only mass displacement due to violence but also a rapidly spreading measles outbreak and an Ebola epidemic that shows no signs of slowing down, all at the same time. This is unprecedented."

Ousman added, "Our surveys show that people are mainly dying from preventable diseases such as malaria, measles and diarrhea. That is very worrying. Especially as it has not yet been possible to vaccinate against measles because of the ongoing Ebola outbreak, and the fear of Ebola further spreading.

"Together with the ministry of health, we are looking at what innovative strategies we can implement given the circumstances, but more help is urgently needed here to prevent more deaths."