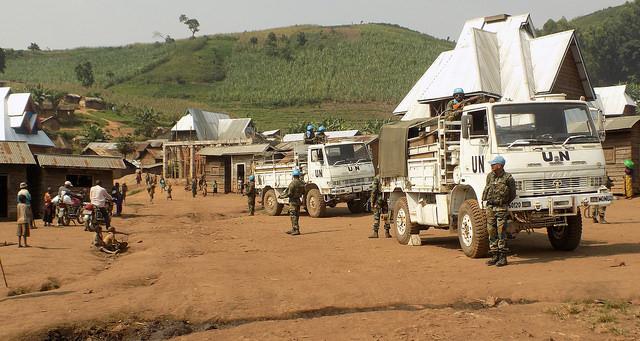 In updates yesterday and today, the Democratic of Republic of the Congo (DRC) reported four more confirmed Ebola cases, three of them in the current hot spot in Beni, and groups today raised more concerns about insecurity in the outbreak area.

In a speech to the United Nations Security Council yesterday, World Health Organization (WHO) Director-General Tedros Adhanom Ghebreyesus, PhD, said the frequency and intensity of attacks by armed groups near Beni seem to be increasing. And he said responders are also worried about pockets of mistrust and the spread of Ebola into inaccessible "red zones" held by armed groups.

"This spread is extending the long tail of the outbreak," he said, adding that the detection of cases near the Uganda border is also a big worry.

Tedros urged the Security Council to use its influence to ensure uninterrupted access to the affected areas and for countries to pledge more international support. He said so far, the DRC has received $8 million in pledges out of a request for $33 million.

The health ministry yesterday reported one new case in Beni and today reported two more from the same city, plus another in Mabalako. The developments push the outbreak total to 165 infections, including 133 confirmed and 32 probable cases. No new deaths were reported, keeping the fatality total at 106.

In other outbreak developments, the DRC health ministry said a man who is part of a pocket of community resistance who fled to Komanda where he sought treatment after his sister-in-law died in Tchomia was transferred to an Ebola treatment center in Beni. His wife and child have been vaccinated and are in isolation at the same treatment center.

Also, officials said that, to show support for vaccination, North Kivu's governor along with nine provincial deputies agreed to be immunized against Ebola, with the local press invited to document the event to help raise awareness and counter misinformation.

So far, 14,017 people have been vaccinated, and vaccination continues in six belts in Beni, Tchomia, Komanda, and Mabalako health zones.

Meanwhile, three Red Cross volunteers were injured on Oct 2, following an attack while conducting a safe and dignified burial in Butembo, the large city where several Ebola cases have been reported in recent weeks.

Two of the volunteers were seriously wounded and are being treated, the International Federation of Red Cross and Red Crescent Societies (IFRC) said today in a press release. The organization said Red Cross teams have faced incidents of violence and aggression from communities resisting burial protocols designed to limit the spread of the virus since the start of North Kivu province's Ebola outbreak.

The bodies of people who die from Ebola are highly infectious, and, in West Africa's 2014-16 outbreak, Red Cross burial teams played a critical role in curbing the spread of the disease. More than 180 trained Red Cross volunteers are working in the outbreak region, and teams have carried out 162 safe and dignified burials.

The IFRC said that in September one Red Cross volunteer was hurt when people stoned a transport vehicle, but this week's attack was the most violent incident so far.

Fatoumata Nafo-Traoré, MD, the IFRC's regional director for Africa, said, "While we categorically denounce the attack on our colleagues, we understand the fear and frustration that many communities in North Kivu feel right now. People are scared and there are many rumours circulating that only serve to heighten the sense of fear and distrust."

In another development, Human Rights Watch yesterday called on the International Criminal Court (ICC) to expand its Congo investigation to include attacks that have been occurring since 2014 in Beni, including one on Sep 22 that killed 17 civilians and temporarily brought the Ebola response in the hot spot to a halt. The group said that 2 days later fighters attacked the town of Oicha, abducting 16 people, most of them children.

According to its press release, Human Rights Watch said unidentified fighters have killed more than 1,000 people in Beni in massacres that began 4 years ago, and so far this year, the violence has killed at least 235 people in more than 100 attacks. The group also called on the United Nations peacekeeping mission to boost its analysis capabilities and community engagement to identify who is responsible for the attacks and improve security for Beni's citizens.

"As Congolese authorities have not credibly investigated or prosecuted these atrocities, the International Criminal Court should investigate them for future trials," she said.

Human Rights Watch said the ICC has jurisdiction over serious international crimes committed in the Congo and has been investigating crimes there since 2004. Though the ICC has brought several cases to trial, the rights group said the court has not prosecuted recent crimes.