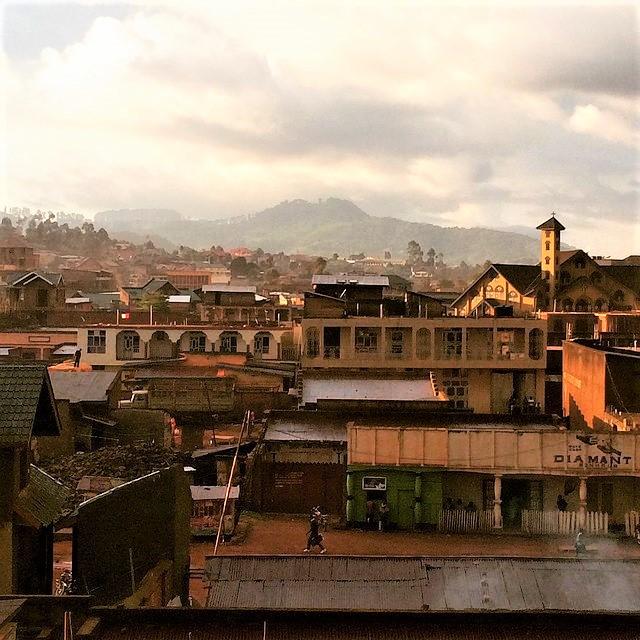 A patient has died in Butembo, a city of almost 1 million near the Uganda border., Conflict & Development, Texas A&M / Flickr cc

In a pair of worrying developments in the Democratic Republic of the Congo (DRC) Ebola outbreak, a patient with the virus died in Butembo, a city of nearly 1 million people, and more cases were reported in Beni, an emerging hot spot where community resistance and violent incidents have recently been reported.

On Twitter today, Peter Salama, MD, director-general of emergency preparedness with the World Health Organization (WHO), said the patient who died in Butembo was from Beni. He said the case increases the risk of spread and added that having Ebola in an urban center makes ending the outbreak much harder.

Butembo, North Kivu province's second largest city, is a commercial center and transportation hub with an airport that is not far from the border with Uganda.

Salama added, however, that the good news is the case was detected quickly and the response is already in place and expanding.

Three more Ebola cases have been confirmed, two from Beni and one from Mabalako, the DRC's health ministry said yesterday in its update. Also, one more probable case was reported in Beni, which involved a person who was buried before samples were taken. The developments push the total number of cases to 124, which includes 93 confirmed and 31 probable cases.

According to the health ministry, Ndindi district in Beni has become the main focus of the outbreak and is where 70% of the last 20 confirmed cases were reported. It said the cases are occurring amid resistance among the community to working with health authorities. For example, some families are hiding sick people, preventing health providers from taking patients to Ebola treatment centers, and refusing to be vaccinated.

Several violent incidents against medical staff and care facilities have also been reported, the ministry said. To ease tensions, it noted that community dialogue has been launched between outbreak coordinators and Ndindi community leaders.

In other outbreak developments, vaccinations topped 6,000 and are at 6,134, and 22 patients have been treated with one of three experimental therapies: mAb114, remdesivir, and ZMapp. Of those, 11 recovered, 4 died, and 7 are still hospitalized but are improving.

Mangina may be stabilizing

In its latest situation report, the WHO said Sep 1 marked 1 month since the Ebola outbreak was declared in North Kivu and Ituri provinces and that the health ministry, the WHO, and their partners have made progress. With new confirmed cases and deaths declining, the agency said recent patterns suggest control measures are working but warned that the trends should be interpreted with caution.

Though the situation in Mangina, the outbreak's epicenter, seems to be stabilizing, Beni has become the new hot spot, the WHO said. In Beni health zone, the number of confirmed and probable cases rose from 8 on Aug 23 to 19 on Sep 2.

Since the start of the outbreak, 4,296 contacts have been registered, of which 58.5% are still under surveillance. Daily follow-up has been completed for 92% to 97% of the contacts, the WHO said. As of Sep 3, 38 vaccination rings have been defined, in addition to 5 rings of health workers and other frontline health staff.

Last weekend in Butembo, risk communication and community engagement teams held a briefing on Ebola prevention and control with more than 500 religious leaders. Officials also sponsored a workshop with 40 traditional healers to encourage them to refer patients with Ebola-like symptoms to treatment centers.