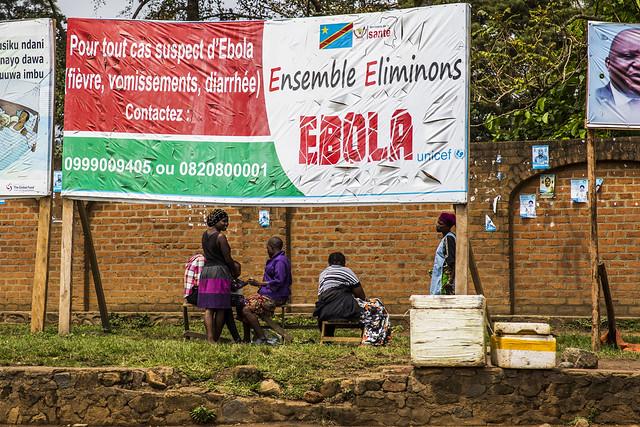 The Democratic Republic of the Congo (DRC) saw no let-up on new Ebola cases and attacks on the response today, with 15 more illnesses reported along with a report of vandalism at a hospital in Katwa.

In other developments, South Korea today announced a plan to provide $500,000 in humanitarian aid for the Ebola response, and a group that analyzes humanitarian events warned that increasing attacks near the Ebola-hit DRC areas could displace more people and ease the spread of the disease.

The fifteen new cases were from seven different locations, including Alimbongo, a newly affected health zone in North Kivu province, the ministry said in its daily update. It added that an extensive investigation is under way to identify where the patient contracted the virus. The new cases increase the outbreak total to 1,720, and authorities are still investigating 293 suspected Ebola cases.

One of the new illnesses involves a health worker who was vaccinated less than 10 days ago, before the immune system can protect against the virus. So far, 102 health workers have been sickened in the outbreak.

Twelve more people died from Ebola, four in community settings and eight in Ebola treatment centers. The developments push the fatality count to 1,136.

The ministry also said the triage area at Katwa General Reference Hospital was vandalized by unknown assailants at 2 am this morning.

The ministry said the attackers threw rocks then set fire to some tarps.

Today's security incident follows an attempted militia assault yesterday on Katwa's Ebola treatment center—also in the early morning hours—that killed one of the attackers but caused no damage to the facility.

In a statement, South Korea said the $500,000 in cash assistance will help fund the response plan developed by the DRC's health ministry along with 15 international organizations, including the World Health Organization (WHO). It added that with DRC's outbreak pushing into its 10th month, the international community's engagement and support is all the more needed.

The donation isn't South Korea's first for Ebola. In 2014 the country sent a disaster relief team to help with West Africa's Ebola outbreak and in 2018 it provided $1.5 million to the WHO's emergency fund to help address Ebola in the DRC.

Since May, attacks and clashes between armed groups and security forces have displaced more than 12,000 people in North Kivu and Ituri provinces, which adds to more than 100,000 who were displaced from North Kivu province in April, according to an update today from ACAPS, a Norwegian nonprofit nongovernmental group that provides independent humanitarian analysis.

The group warned that attacks, especially by the Allied Democratic Forces (ADF), have increased in recent months and are likely to spark more displacement and boost humanitarian needs in North Kivu province. And they note that the increased attacks come at a time when Ebola transmission is increasing.

Displacement in Ebola-affected territories could fuel the spread of the disease, including the possibility that some people may slip across the border to Uganda without screening, heightening the threat of spread to other countries.

ACAPS said that, although most Ebola cases are concentrated in the Katwa, Butembo, and Beni areas, some health zones that have received displaced people have reported some Ebola cases, such as Kayna health zone in North Ituri province. However, it notes that the short-term, localized displacements common in the eastern DRC make it hard to not only gauge the risk of spreading the disease but also assess the needs of communities.