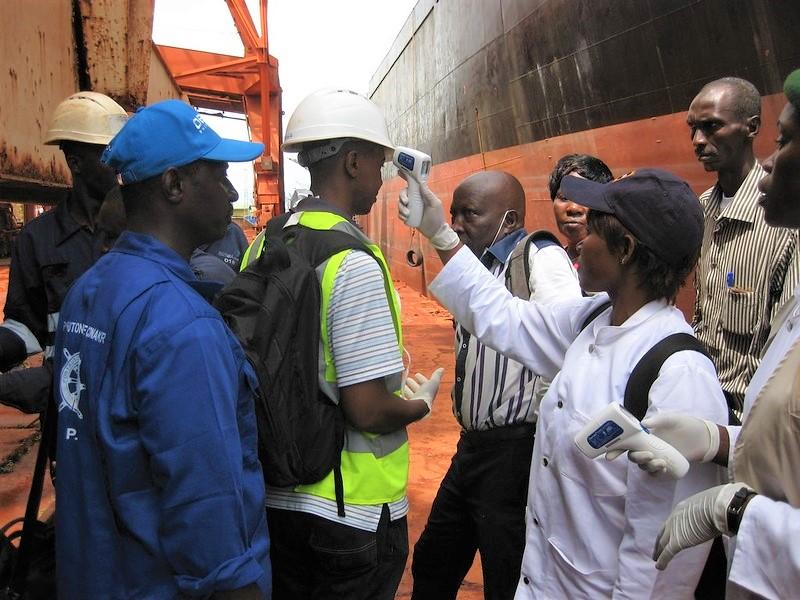 The Democratic Republic of the Congo (DRC) today reported one new Ebola case, alongside a new report of a security clash in South Sudan that killed three aid workers who were staffing an Ebola screening checkpoint.

In other developments, a new assessment from the World Health Organization (WHO) of the outbreak said the incidence of new cases over the past week remained steady, but the movement of patients from the few remaining hot spots still pose a risk of spread to other areas.

New cases include 1 in Beni

One more person died from Ebola, putting the fatality count at 2,182.

In a daily update today, the DRC's Ebola technical committee (CMRE) detailed locations for four cases reported yesterday, including one from Beni. The report didn't say where the patient was exposed to Ebola, but in an update 2 weeks ago, the WHO warned that several people who recently tested positive sought care in other health zones where Ebola transmission has declined, including Beni.

The other three cases included two from Mabalako in North Kivu province and one in Mandima in Ituri province.

The report also had a few more details about one of the latest deaths, which occurred in an Ebola treatment center in Mabalako.

According to a weekly detailed situation report, the WHO said for the week ending Oct 27 officials reported 20 new cases in five health zones, and that the pace of new illnesses stayed steady as teams are ratcheting up response efforts in the remaining hot spots.

The WHO added that 75% of new cases over the past week were from or linked to the Biakato Mines area in Mandima health zone. Those infections include four that were detected outside of Mandima in people who had recently traveled to Biakato Mines. Aside from that, local transmission is still occurring in three other health zones.

Mabalako had 7 new cases, of which 3 were linked to Biakato Mines. One of the Mabalako patients is a local family contact, and another was hospitalized in the same facility as another confirmed case-patient, suggesting possible nosocomial exposure. Investigations are still under way into the other illnesses.

In a similar development, Kalunguta had two confirmed patients last week, one of whom had traveled from Biakato to seek treatment. Elsewhere, a transmission chain in Mambasa linked to the burial of a probable case had one newly confirmed case, following 5 that were identified the week before.

In a development outside of the DRC, the International Organization for Migration (IOM)—an aid group that assists governments and people with migration—said today that three IOM workers working on Ebola screening were killed on Oct 27 during fighting between armed groups in South Sudan's Morobo County. It said the people who were killed were working at screening points in border areas between South Sudan, Uganda, and the DRC.

It said in a statement the volunteers were a woman and two men who were caught in crossfire during the clashes. Attackers abuducted a female volunteer and the 4-year-old son of the woman who was killed. Two male volunteers sustained nonlife-threatening injuries, one of whom is recovering from a gunshot wound.

IOM said it has suspended Ebola screening at five entry sites, including operations at flow monitoring points and support to health facilities.

In its statement, the organization condemned the killing of the three aid workers, mourned the loss, and extended condolences to the workers' families and friends. Jean-Philippe Chauzy, IOM's South Sudan mission chief, said, "We call for the perpetrators of these senseless acts of violence against innocent civilians and humanitarians to be brought to justice."

He added that personnel safety is paramount and will not be further jeopardized until the group secures guarantees for the security of all its staff operating in Morobo County.