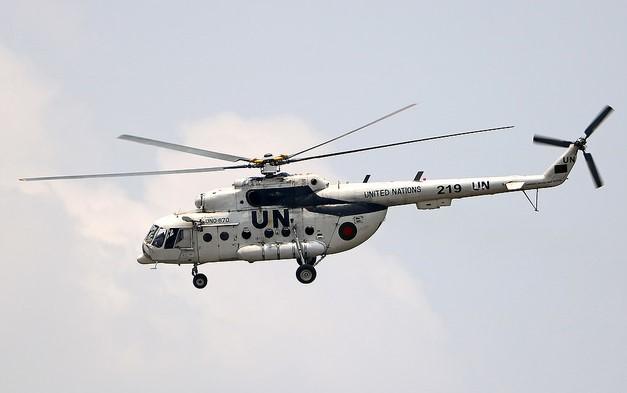 With 10 new Ebola infections reported on New Year's Day and today, the Democratic Republic of the Congo (DRC) Ebola outbreak passed the 600-case mark, as a fresh round of violence—this time in Komanda—injured a member of a health ministry vaccination team.

In other developments, Samaritan's Purse, a group that was instrumental in treating Ebola patients in West Africa's outbreak, announced plans to open an Ebola treatment center in the outbreak region, and Oxfam announced a suspension in activities due to continuing unrest.

WHO Director-General Tedros Adhanom Ghebreyesus, PhD, was in the outbreak region yesterday to spend time with Ebola responders, according his Twitter account. "While the rest of the world is celebrating, Ebola responders are still hard at work, away from their families doing everything they can to control the outbreak," Tedros said. "Honoured to welcome the new year with them."

In an update today, Tedros said the wounded vaccination worker was airlifted out of the area for advanced care and that a missing worker has been retrieved. "My enormous respect for heroic responders who continue to save lives despite the difficult situation," he added.

Wellcome Trust Director Jeremy Farrar, MD, PhD, was on the evacuation flight and is with Tedros today to assess the outbreak and what extra support he can offer. Tedros also praised the work of Mike Ryan, MD, WHO assistant director-general for emergency preparedness and response, for leading teams at headquarters and on the ground, and the United Nations MONUSCO for its evacuation efforts.

Of the 10 new confirmed cases, 3 are in Oicha, 3 in Beni, 2 in Butembo, and 2 in Katwa, the health ministry said in updates yesterday and today. The new illnesses boost the outbreak total to 608 cases, which includes 560 confirmed and 48 probable cases.

In addition, 29 suspected cases are still under investigation, a number that dropped from 54 the day before as response efforts have been hindered by violence in outbreak zones.

Officials also said that 5 more people have died from their illnesses, 3 in Beni, plus 1 each in Butembo and Oicha. Two of the deaths occurred in the community, a factor known to increase the risk of virus spread, given that family caregivers don't have personal protective gear and because virus levels are at their highest during the severe phase of illness and at death.

According to today's update, since the immunization campaign began with Merck's unlicensed VSV-EBOV vaccine on Aug 8, 54,153 people have been vaccinated.

Meanwhile, Samaritan's Purse said yesterday that it will open a 20-bed treatment center, which will be housed in an emergency field hospital that was flown to Africa in November. If needed, the unit can be expanded to 60 beds. Samaritan's Purse is a nondenominational Christian international relief organization based in Boone, N.C.

On the day after Christmas a 21-member disaster assistance response team left for the DRC, and since then, other staff have arrived in the country. The group said it has had a country office in the DRC for 8 years and had already been working on community awareness campaigns in the current outbreak.

Oxfam suspends work due to protests

Oxfam, one of several nongovernmental organizations involved in the response, said in a Dec 28 statement that violent protests in Beni and Butembo in the wake of election problems has forced it to suspend its work at the locations. According to the WHO's regular situation reports, Oxfam has been supporting vaccination, community engagement, infection prevention and control, and patient care.

A long-delayed general election was held on Dec 30, but a few days earlier, the country's election commission announced a voting delay for people in some outbreak areas, triggering violent protests.

Raphael Mbuyi, the group's acting country director, said, "This is an extremely worrying situation, as every time the Ebola response has been suspended before we've seen a big spike in the number of new cases. This could mean Ebola spreading to even more people and potentially other countries in the region, putting many more lives at risk."

However, he added that it's not surprising that people who have lost their votes at the last minute are frustrated and taking to the streets.