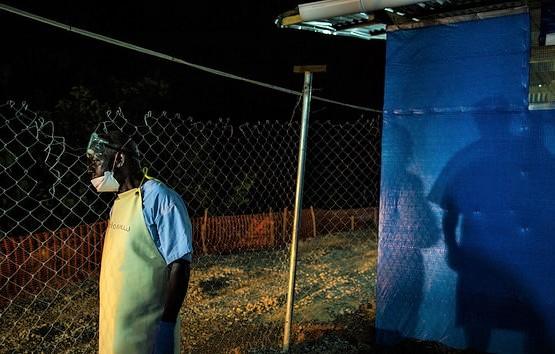 After nearly 5 months and now 426 cases, the Ebola outbreak in North Kivu and Ituri provinces of the Democratic Republic of the Congo (DRC) has become the world's second largest—and second deadliest—outbreak of the hemorrhagic fever disease ever recorded.

Of the 426 cases, 379 are confirmed and 47 are probable. A total of 245 people have died from the virus, and 87 suspected cases remain under investigation, according to the daily update from try DRC health ministry. Of the four new cases recorded today, three are in Katwa and one is in Vuhovi.

The 426 case milestone highlights the powder keg of factors that have made this outbreak persist in spite of the widespread use of an Ebola vaccine that was not available until the tail end of the West Africa outbreak. Difficulties have included violence against health workers and community resistance.

In a situation report published yesterday, the World Health Organization (WHO) said two more health workers have been infected during this outbreak, raising the total number of infected healthcare workers to 41, including 12 deaths.

The virus is still being transmitted in four villages—Butembo, Katwa, Beni and Kalunguta—and 36 new cases were reported in the last week (Nov 21 through 27).

The WHO also noted in an outbreak notice today that 36 cases of Ebola have occurred in children under the age of 2 years, and 17 cases have involved pregnant women. In Katwa, contact follow-up has been challenging, and a high proportion of cases were previously unregistered case contacts.

No cases in Uganda

Yesterday the WHO issued a joint statement with the Ministry of Health in Uganda denying media reports that Uganda had its first Ebola case. The alleged case-patient was monitored in Kabarole District, Uganda, and blood samples have tested negative for Ebola and other hemorrhagic fever viruses.

Efforts to protect Ugandans from the virus are still under way.

"A total of 1,316 front line and healthcare workers in three (3) districts have been vaccinated against EVD [Ebola virus disease] to protect this cadre of people against the deadly disease," the statement said. "The Ministry of Health together with the WHO country office wish to reiterate that there is no confirmed case of Ebola Virus Disease in Uganda, and are working tirelessly to keep the country safe from the deadly disease."

In its situation report, the WHO called the outbreak "unpredictable" and said there have been multiple security incidents at entry points in Beni and Butembo in the last week. Efforts to educate communities about safe and dignified burial (SDB) practices and the screening of education films on Ebola are under way in the region.

"A community burial approach to mitigate the risk of transmission from unsafe burials in areas non-accessible by SDB teams is being piloted in three health areas of the Kalunguta Health Zone with close cooperation with the respective communities," the WHO said.

"The security situation in North Kivu and Ituri continues to hinder the implementation of response activities," the WHO said. The organization has 300 workers in the region.

Experts call for US involvement

In an editorial today in JAMA Network Open, Lawrence O. Gostin, JD, of the O'Neill Institute for National and Global Health Law and Georgetown University Law Center, and colleagues said the United States needs to deepen its engagement in outbreak response.

"The US, along with allies and the UN, should develop a plan to deploy public health personnel to North Kivu. It is in US national interests to control outbreaks before they escalate into a crisis. The cost of addressing this epidemic now is far less than if mass mobilization were required due to international spread of the virus," Gostin and two other experts said.

Earlier this fall, US personnel were pulled from North Kivu in response to local violence, a move criticized at the time by Robert Redfield, MD, director of the US Centers for Disease Control and Prevention (CDC).

"Though there are risks in sending additional personnel to the DRC, high risks would also be posed by an outbreak spiraling out of control," the write. "We therefore believe that the U.S. government should allow CDC staff to return to the field for as long as the WHO and others deem necessary."

Nuzzo and Inglesby are with the Center for Health Security at Johns Hopkins University in Baltimore.