Ebola activity steady, back in Guinea and Sierra Leone capitals 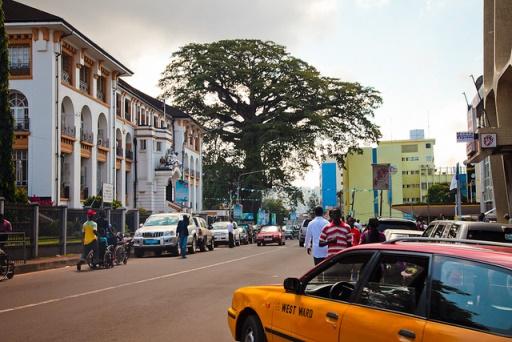 For the second week in a row, the Ebola outbreak region reported 30 new confirmed cases, but in a new twist, transmission turned again toward the capitals of Guinea and Sierra Leone, Conakry and Freetown, the World Health Organization (WHO) said today in its weekly assessment.

Meanwhile on the vaccine front, research groups announced the launch of the next phase of human trials for two Ebola vaccines, both of which use a prime-boost strategy.

Over the past several months, disease activity has focused mainly in western regions of Guinea and Sierra Leone. The urban spread of the disease has been a unique feature of West Africa's outbreak, though in the latest activity in Conakry and Freetown, all of the cases came from known transmission chains or have known links to earlier cases.

Of all of the cases that occurred in all three affected countries last week, including Liberia, only one case came from an undetermined source, the WHO said. However, it added that a substantial portion—seven cases—were confirmed only after postmortem testing, a sign that some people still aren't getting isolated and treated.

The total in the three countries is now at 27,642 confirmed, probable, and suspected cases, including 11,261 deaths, the WHO said.

Today's WHO report includes Liberia's latest Ebola case-patient, a woman who got sick while in home quarantine in Montserrado County, near Monrovia. The patient was taken to an Ebola treatment center, but died from her infection. According to earlier reports, she was on the list of 132 contacts under monitoring.

Health officials still haven't determined the source of the infection in Liberia's Ebola cluster, now at six cases, two of them fatal. Recent genetic sequencing tests have suggested that the virus was similar to earlier isolates, and the WHO said early evidence strongly suggests the most likely origin is from a survivor within Liberia.

Guinea had 13 cases last week, down from 18 the week before. Besides the 9 cases in Conakry, one case was reported from Fria district, which hadn't reported a case in 40 days, and three were reported from Forecariah district, an area that has been a hot spot for the past several weeks.

Meanwhile, Sierra Leone reported 14 confirmed cases, up from 9 the previous week. Ten cases were from Freetown, with the four other cases coming from Kambia and Port Loko districts. The sole case reported from Port Loko came from an unknown transmission source, which health officials are investigating.

One additional health worker infection was reported, in Guinea's Forecariah district, bringing the overall number to 876 infections, 509 of them fatal, the WHO said.

As the three countries struggle to slash cases to zero and keep them there, several vaccine trials are underway, and the new phases for two of the newer candidate Ebola vaccines just launched, according to separate announcements yesterday and today from the University of Oxford. Both use a prime-boost strategy, and one uses the modified chimpanzee adenovirus (ChAd3) vaccine, one of two that are in phase 3 trials in the outbreak region. The second vaccine is a prime-boost regimen from Johnson & Johnson.

Initial patients have already been immunized in the United Kingdom for the ChAd3 prime-boost phase 1 study, and in early July the first patients in Dakar, Senegal, received their doses, the University of Oxford said yesterday. Under the regimen, subjects will receive a second vaccination 1 week later of modified vaccinia Ankara (MVA), designed to boost the response to ChAd3. The first vaccine was developed by GlaxoSmithKline (GSK) and the National Institute of Allergy and Infectious Diseases (NIAID). The MVA vaccine (MVA EBOZ) was developed through a collaboration between Oxford, Emergent BioSolutions, and GSK.

Adrian Hill, director of Oxford's Jenner Institute, said in the statement that using MVA has two benefits. He said MVA matches the ChAd3 insert, which may improve immune response, and it was produced on a new cell line that could make large-scale manufacturing less costly. "When you consider that Ebola affects some of the world's poorer countries and can spread rapidly, getting the scale of manufacturing up while keeping the cost down is key to delivering an effective response," he added.

When Emergent announced the vaccine collaboration in March, it said MVA EBOZ is made in an avian cell line, which removes the need for eggs in the manufacturing process.

The trial of the ChAd3-MVA prime boost regimen will enroll 38 volunteers in the United Kingdom and 40 in Senegal, with the goal of seeing if the vaccines are safe and if they can stimulate an immune response. Researchers hope to finish enrolling participants by the end of August.

Meanwhile, a trial of Johnson & Johnson's prime-boost Ebola vaccine regimen entered phase 2 studies in the United Kingdom and France, Oxford announced today. The regimen uses two different components given a few weeks apart. One is based on a non-replicating adenovirus product from Crucell Holland BV, a Janssen subsidiary, and the other involves a non-replicating MVA virus from Bavarian Nordic.

Researchers started enrolling volunteers in the United Kingdom this month, and the team hopes to start recruiting participants from France in August. Their goal is to enroll a total of 600 healthy adults in the phase 2 study.

Early phase 1 results, which involved 87 volunteers from the UK, suggested that the prime-boost regimen is immunogenic, regardless of in what order the vaccines were given, and that participants experienced only transient reactions that are considered normal for other vaccines.

Similar phase 2 studies of the regimen are also starting in Africa to assess the robustness of the immune response to the regimen, and because of a compressed development program, the phase 2 studies will be conducted at the same time as a safety and immunogenicity study in Sierra Leone.

The goals of the phase 2 studies are to further outline the regimen's safety profile and immune response and to pin down the best timing for each of the vaccines, Oxford said. Researchers will assess three different intervals between the two vaccines: 28, 56, and 84 days. The teams will also measure antibody and T cell responses over a 1-year period.