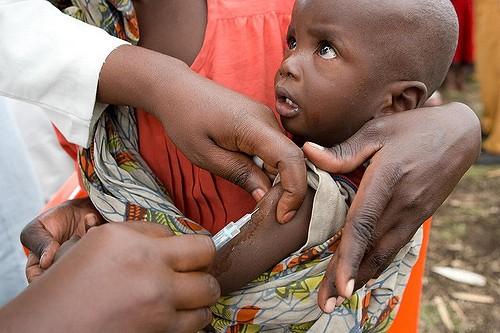 Democratic Republic of the Congo (DRC) officials said some suspected cases of Ebola have tested negative for the disease, dropping the total number of cases to 51 from 54.

Of the cases, 35 are confirmed, 13 are probable, and 3 are suspected, the DRC health ministry said yesterday. Two of the suspected cases are new, 1 in Iboko and 1 in Wangata, the urban zone located within Mbandaka, a city of more than 1 million people.

The DRC said teams of health workers are going "house to house" in Mbandaka to trace any patient contacts and conduct extensive surveillance in the city. Authorities also said that three patients who left the Wangata Ebola treatment center last week were found in the Bongonzo neighborhood of Mbandaka.

The DRC Minister of Health, Oly Kalenga, MD, said response coordination teams will be monitoring the Bongonzo neighborhood in the coming days.

Yesterday the World Health Organization (WHO) announced during a press conference it would be shifting its focus to the rural epicenters of the outbreak, Bikoro and Iboko, after offering reassurance that the ring vaccination efforts in Mbandaka were under way. Vaccination began in Bikoro on May 28 and should begin in Iboko later this week.

Vaccine uptake has been high among more than 900 case contacts already identified by the DRC, WHO, and Doctors without Borders (MSF). In its most recent situation report, the WHO said that from May 21 to May 28, 426 people have been vaccinated.

The WHO also detailed a massive boots-on-the-ground campaign focused on informing potential case contacts in the DRC.

"A total of 700 social mobilizers in Wangata, Bolenge, and Mbandaka are engaged in Ebola prevention communication and social mobilization. A total 91 local facilitators in the three affected health zones have been trained on Ebola prevention," the WHO said in its situation report. "More than 80 community members are trained and will carry out activities in 6 targeted health areas in three health zones in Bikoro, Ntondo, and Iboko."

The WHO also maintained that the risk of contracting Ebola in the DRC is extremely low for travelers, and said no restriction on travel or trade need to be implemented at this time.

WHO appeals for more funding

As the ring vaccination campaign grows and surveillance continues, the WHO said more funding is needed to contain the outbreak.

"The amount of funding needed for the overall Ebola Strategic Response Plan has increased from  US$26 million to US$57 million, based on the new planning assumption and requirements following the spread of the disease to Mbandaka," the WHO said.

Earlier today, the Australian government pledged $4 million to the WHO's Contingency Fund for Emergencies, and the US Food & Drug Administration (FDA) formally affirmed its commitment to aiding the DRC in its fight against Ebola.

May 29 WHO situation report