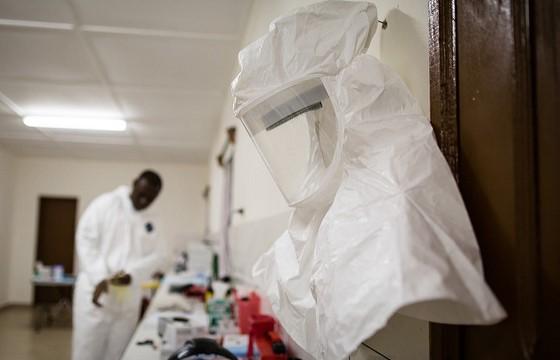 Signaling what one World Health Organization (WHO) official calls a "game changer" in the Democratic Republic of Congo's Ebola outbreak, tests have confirmed an infection in a patient from Mbandaka, a metropolitan area that's home to nearly 1.2 million people.

Also, the WHO today said its Ebola emergency committee will meet tomorrow to decide if the developments warrant a Public Health Emergency of International Concern (PHEIC), a step that would trigger temporary recommendations and heighten international efforts to battle the spread of the disease.

Today's WHO statement reflects 3 new cases, pushing the outbreak total to 44. There are now 3 confirmed cases, along with 21 suspected and 20 probable ones. Doctors Without Borders (MSF), which leads the clinical treatment arm of the response, said 23 deaths have been reported, an increase of 3 since the WHO's last update.

In a May 14 situation report, the WHO had said two brothers from the Wangata health zone who got sick after attending a funeral in Bikoro, the outbreak hot spot, had tested positive for the virus on rapid tests. Their samples were sent to Kinshasa for confirmation by polymerase chain reaction testing. For now, it's unclear if the newly confirmed case from Mbandaka involves one of the two brothers.

MSF said today that its emergency teams are already on site and have set up an isolation unit in Mbandaka's main hospital as well as in Bikoro's hospital. Its teams are also setting up Ebola treatment units in both cities.

Mbandaka, located 93 miles north of Bikoro, is on the east bank of the Congo River. It has an airport and riverboat service to Kinshasa and Boende, a river port in Tshuapa province.

WHO Director-General Tedros Adhanom Ghebreyesus, PhD, said in the WHO statement, "This is a concerning development, but we now have better tools than ever before to combat Ebola."

He said the WHO is taking decisive action to curb further spread of the disease, and the WHO in its statement said it is deploying 30 experts to conduct surveillance in Mbandaka and is working with the DRC's health ministry and its partners to engage communities on prevention, treatment, and case reporting.

Jeremy Farrar, MD, PhD, director of Wellcome Trust, today in a statement on Twitter called the case confirmation in Mbandaka an extremely concerning development. "Ebola spreads rapidly, and this outbreak is in an area where people connect, trade, and travel—an environment ripe for spreading disease," he said, adding that swift, decisive actions by the DRC and WHO to control the outbreak means vaccines are now in the affected area.

"Had a vaccine been available earlier alongside other critical public health interventions in the devastating [West Africa] epidemic of 2014 to 2016, thousands of lives might have been saved," he said.

Though the world is in a better position to protect communities and health workers this time thanks to rapid national response and international collaboration, he said, "his will be an incredibly challenging operation, across a vast area and fragile health systems—and cannot be limited to deployment of vaccines."

Wellcome Trust last week announced an initial pledge of £ 2 million ($2.7 million) to support the rapid response, including critical research needs. Farrar said further funding is needed, and Wellcome Trust is working with its partners and the WHO to address the situation.

In its initial assessment, the WHO estimated that the price tag for the international response would be $18 million, but in its latest situation report, it upped the amount to $26 million.

The WHO also said today that its Ebola emergency committee will meet tomorrow, after which the group's chair will brief journalists on the outcome of the meeting, during which the panel experts will consider if the developments warrant a PHEIC.

The committee met nine times during West Africa's outbreak. When it decided those conditions met the conditions for a PHEIC in August 2014, some of the factors that tipped the group's decision included a heightened risk of international spread, the lethal threat from the virus, transmission in the community and health facilities, and weak health systems in hard-hit areas.

May 17 WHO outbreak update

May 14 WHO Ebola situation report