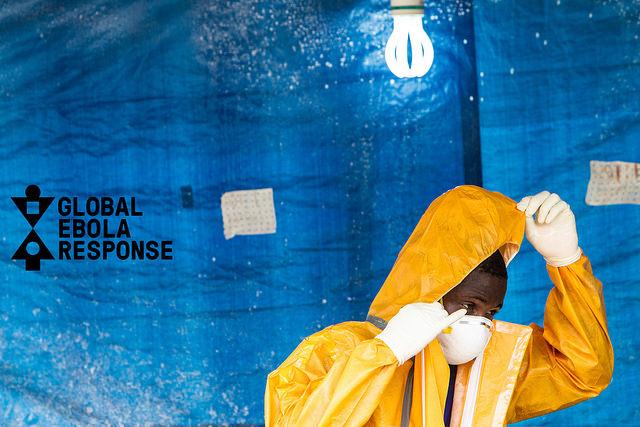 The World Health Organization (WHO) disease outbreak functions need to be reorganized to streamline future emergency responses, with systems in place to avoid political pressure, build country core capacities, and ensure adequate funding, an independent group said yesterday in its review of the Ebola epidemic.

A 19-member group headed by Peter Piot, MD, PhD, one of the scientists who discovered the Ebola virus in 1976, published its findings yesterday in the latest edition of The Lancet. The review was convened by the Harvard Global Health Institute and the London School of Hygiene and Tropical Medicine (LSHTM).

Experts are from academia, think thanks, and nongovernmental organizations, and the review was designed to help guide public debate alongside other reports on outbreak response and preparedness. Piot is director of the LSHTM.

An expert who was not involved in the report said he is optimistic that the WHO will continue to adapt to respond better, but getting individual nations to change might be a more difficult task.

In a related development, another group reporting in the same Lancet issue said that the International Health Regulations (IHRs) are ripe for reform, in light of problems exposed during the Ebola response, but the window is rapidly closing. The IHR report was coauthored by a team from Georgetown's O'Neill Institute for National and Global Health Law, one of whom is Lawrence Gostin, JD, a member of the independent group that conducted the broader Ebola response review.

Several groups have weighed in on the slow and uneven global response to West Africa's Ebola outbreak that led to high numbers of illnesses and deaths and exposed how unprepared the world is for a pandemic or other global health crisis. An independent group appointed by the WHO, led by Dame Barbara Stocking, in July identified a host of management and cultural problems within the WHO and problems with the IHRs that slowed the response.

The Harvard-LSHTM review, however, takes a tougher stance on system structure, support, and leadership traits needed to lead the WHO's outbreak and emergency operations.

From a detailed review of four different phases of the Ebola response, the experts made 10 overarching reform recommendations that cover outbreak prevention, research activities and data sharing, and global health system governance, focusing on the WHO, but also on the agency's parent organization, the United Nations (UN).

One of the key themes is building country core capacities to respond to disease outbreaks. The report calls for a strategy to develop, monitor, and sustain such infrastructure. In an LSHTM statement yesterday, Piot said, "We need to strengthen core capacities in all countries to detect, report and respond rapidly to small outbreaks, in order to prevent them from becoming large-scale emergencies."

He added that implementing the reforms at the national and global level is feasible and can prevent suffering, death, and social upheaval in future epidemics.

The AIDS epidemic put health on the global agenda, Piot said. "The Ebola crisis in West Africa should now be an equal game changer for how the world prevents and responds to epidemics."

Another recommendation is to strengthen incentives for early outbreak reporting and ensure science-based justifications for trade and travel restrictions. Previous reports suggested that early on in the outbreak countries were reluctant to sound the alarm about the growing epidemic because of worries about economic repercussions. Also, several countries closed their borders or instituted travel or trade restrictions, which ran counter to the IHRs are thought to have slowed outbreak response.

Some of the recommendations call for restructuring at the WHO, including a unified center that is well resourced and takes accountability for outbreak response, plus a standing emergency committee that can make emergency declarations more independently and transparently, without political influence.

Last week a review panel appointed by the WHO to review its emergency reforms similarly recommended in its initial report a separate entity within the WHO to handle outbreaks and emergencies.

Experts spelled out leadership qualities they envision for the next WHO director-general. "A key attribute should be proven high-level political leadership with the character and capacity to challenge even the most powerful governments when necessary to protect public health," they wrote.

The group also calls for a high-level UN Global Health Committee of the Security Council to sustain the political muscle needed to fund and support epidemic preparedness and response actions. In September 2014, as the outbreak spiraled out of control in all three affected countries, Security Council talks helped bring attention to the urgent nature of the event and steered global resources toward the battle.

Acknowledging that the actions need to be backed with funding, the panel also calls for support of accelerated research and development and sustained WHO financing.

Will countries support WHO changes?

Michael T. Osterholm, PhD, MPH, director of the University of Minnesota's Center for Infectious Disease Research and Policy, which publishes CIDRAP News, said changes in the way the world responds to major disease outbreak and other public health threats need to occur at three levels: at the WHO, among world's governments, and in philanthropic, academic, and public health groups.

"Each one of these has a different level of granularity."

Changes are already occurring within the WHO, and Osterholm said he is optimistic that the organization will continue to retool its response based on feedback. However, he said he felt much less confident in individual countries, "unless we have a major change in global support for a strong centralized WHO."

He added that it's not clear if countries will empower a single entity to come in quickly and, in some cases, preempt the steps that national officials are taking.

He said the new report is among the thoughtful, enlightening, and fair reviews of the global response to the epidemic, but he said it's now up to countries to allow the fundamental changes to occur. "That's the grand challenge."

In the other Lancet report, Gostin and coauthors Mary DeBartolo, JD, and Eric Friedman, JD, wrote that problems exposed by responses to outbreaks since the IHRs were adopted in 2005 have led to a "crisis in confidence" in the rules.

IHR revisions passed in 2005 went into effect in 2007, and they detailed a legally binding set of commitments and responsibilities countries and the WHO have for limiting the impact of outbreaks and other global health emergencies. Examples include early disease reporting and the development of core capacities for surveillance and response.

The authors recommend developing an IHR capacity fund to help build, strengthen, and maintain core capacities; clarifying what diseases need to be reported and when; incorporating emergency response frameworks into the IHR; and encouraging the WHO to take a bolder role in encouraging countries to account for when they don't adhere to temporary recommendations.

"Donor fatigue, fading memories, and competing priorities are diverting political attention,"' they wrote. "Empowering WHO and realizing the International Health Regulations' potential would shore up global health security— an important investment in human and animal health, while reducing the vast economic consequences of the next global health emergency."

In late August a WHO committee began its work reviewing how well the IHRs worked during the Ebola outbreak. It hopes to produce an outline for the WHO executive board to review at its meeting in January, with a final report to present to the World Health Assembly next May.