Experimental Ebola drug may have helped 2 US patients 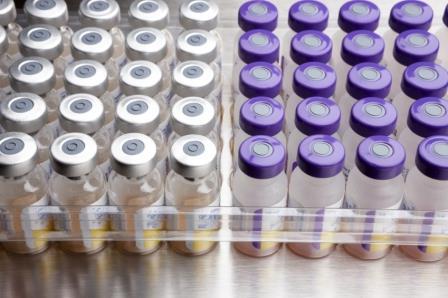 As the second of two Americans fighting Ebola virus disease (EVD) returned to the United States from Liberia today, reports suggested that an experimental drug they received may have helped them.

Nancy Writebol, a hygienist who was working at an Ebola hospital in Liberia, arrived at Emory University Hospital in Atlanta this afternoon, according to CBS News. She received two doses of the drug while in Liberia, and she can now walk with help and has regained her appetite, the story said.

The drug, a mixture of three monoclonal antibodies, has also been given to Keith Brantly, MD, of the Christian organization Samaritan's Purse, according to reports. He was flown back to the United States Aug 2 and is also being treated at Emory. Reports yesterday said Brantly's condition was improving.

In other developments, Ebola test results were being awaited for a patient in Columbus, Ohio, and one in Saudi Arabia, according to media and government reports. Also, the World Bank Group pledged to provide up to $200 million to help Liberia, Sierra Leone, and Guinea fight the virus, while British Airways said it is suspending service to Liberia and Sierra Leone because of the EVD epidemic.

The decision to treat the two Americans with the experimental drug stemmed from an inquiry from Samaritan's Purse to the Centers for Disease Control and Prevention (CDC) about possible treatments, according to a Washington Post story. The CDC put the group in touch with National Institutes of Health (NIH) workers in Liberia who were aware of tests of the drug in monkeys.

Within a few days, doses of the drug were flown in from the United States and given to Brantly and Writebol, according to the Post. A spokesman for SIM, or Service in Mission, the Christian group that employs Writebol, told the newspaper that her condition seemed to stabilize after she was treated on Jul 31.

The drug is a mixture of three monoclonal antibodies that targets parts of the Ebola Zaire virus, according to a Canadian Press report today. Two of the antibodies were developed by the Public Health Agency of Canada and one is a product of the US Army Medical Research Institute of Infectious Diseases, the story said.

The drug is called ZMapp and is made by Mapp Biopharmaceutical of San Diego, according to the Canadian Press. It said ZMapp has not been tested in humans, but tests in monkeys look promising. Genetically engineered tobacco plants are used to produce the antibodies.

A spokesman for Reynolds American, parent of a Kentucky company that developed the tobacco plants, said the Food and Drug Administration permitted use of the product under "investigational new drug" rules.

Potential cases in Saudi Arabia, US

Meanwhile, an ABC News report today said the CDC has tested six people for Ebola, one of whom is a 46-year-old woman in Columbus, Ohio, who was hospitalized several days ago after a trip to one of the affected African countries. The story said she is doing well now. It provided no details on the other patients.

There was no word yet on the Ebola test results for a patient at Mount Sinai Hospital in New York City, but the city's health department said in a statement that the diagnosis was unlikely.

In Saudi Arabia, the Ministry of Health reported that a 40-year-old man who got sick after a trip to Sierra Leone is being bested for Ebola. The ministry said he presented at a Jeddah hospital last night with symptoms of a viral hemorrhagic fever and is now in isolation in a tertiary care center. A preliminary test for dengue virus was negative.

In Washington, DC, the World Bank Group announced yesterday it would provide up to $200 million to help Guinea, Liberia, and Sierra Leone control Ebola, cope with the disease's economic impact, and strengthen public health systems.

World Bank Group President Dr. Jim Yong Kim, a medical doctor experienced in treatment of infectious diseases, said the new pledge was in response to a plea for assistance from the three countries and the World Health Organization, according to a World Bank press release.

"I am very worried that many more lives are at risk unless we can stop this Ebola epidemic in its tracks," Kimsaid in the release.

And in another development, British Airways announced today it is suspending service to Liberia and Sierra Leone until Aug 31 "due to the deteriorating public health situation in both countries."