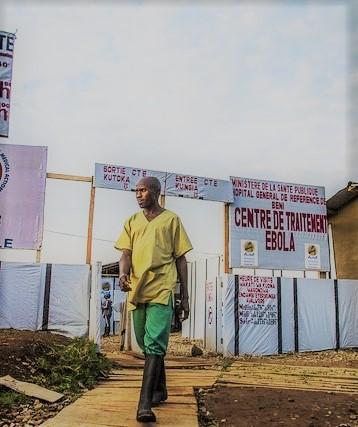 The health ministry of the Democratic Republic of the Congo (DRC) said a health worker in Musienene is one of seven new Ebola patients added to the outbreak today.

The 7 cases include 3 in Katwa and 1 each in Mandima, Vuhovi, Musienene, and Beni. In addition, officials noted 5 new deaths in confirmed patients, including community deaths in Vuhovi and Musienene.

The cases raise outbreak totals to 1,107, of which 1,041 are confirmed and 66 are probable. In total, there have been 695 deaths since the outbreak began last August in North Kivu and Ituri provinces.

The healthcare worker in Musienene brings the total number of health workers infected during the outbreak to 82 (7.4% of all confirmed or probable cases), and 29 of them have died, the DRC said.

In an update released late yesterday, the DRC recorded 8 new confirmed cases, and 7 deaths, including 5 community deaths. Butembo and Katwa each had a community death, and Mandima recorded 3.

Community deaths have been a compounding factory of this outbreak, as they enable the virus to spread more easily among family members and funeral attendees.

In all three areas, single neighborhoods housed most of the cases. In Katwa, 23 of 44 cases came from the Muchanga health zone. Half of the cases recorded in Katwa in the past 3 weeks involved community deaths.

"The main difficulties over the last 21 days were the absence of CTE [Ebola treatment centers] in Katwa following the armed attack, the reluctance of part of the community and insecurity in some health areas following activities of armed groups," the DRC said.

In Vuhovi, 17 of 32 reported cases were from Mutendero health zone. Twenty-eight percent of reported deaths were community deaths.

Mandima also reported a significant percentage of community deaths. "Of the 24 reported cases, 10 were community deaths, or 41.7%," the DRC said. About 70% of cases came from the Biakato Mine health zone.

Three healthcare workers in Katwa are among recently confirmed case-patients, as are 2 in Vuhovi and 1 in Mandima.