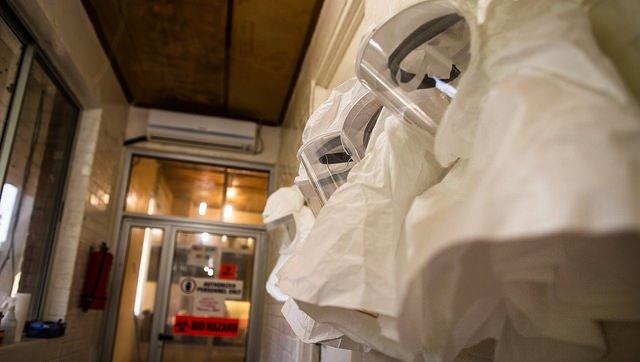 For the second time in West Africa's Ebola outbreak, Liberia has been declared free of the virus, the World Health Organization (WHO) said today in a statement.

Liberia was first declared free of the disease on May 9, but on Jun 29, about halfway through the 90-day period, the virus was detected in samples from a 17-year-old boy who died. A rapid-response team was sent to the area not far from Monrovia where the boy's illness was detected, and a cluster of six cases were confirmed, two of them fatal.

The WHO commended Liberia and its citizens for a quick response to Ebola reemergence.

Also today, a team from Liberia, the WHO, and the US Centers for Disease Control and Prevention (CDC) described the rapid containment steps that helped contained the cluster. The scientists wrote their conclusions in an early release edition of Morbidity and Mortality Weekly Report (MMWR)

Strategies employed in the Liberian reemergence included a temporary field-based emergency operations center near Needowein and the quick activation of plans that had been developed in advance, should the virus reappear. The team noted that lessons learned during earlier contact tracing and enhanced lab capacity also helped with containment.

In a separate MMWR early release report today, a team from the CDC, Guinea, Sierra Leone, and the WHO reported on some of the challenges Guinea and Sierra Leone faced in August as responders battled the few remaining transmission chains in those countries.

One case that served as an example in Guinea involved a medical student who didn't report his Ebola exposure and ended up infecting a man who visited his hospital roommate. The infected visitor then took rides on 12 taxis to visit multiple doctors and hospitals. He subsequently transmitted the virus to four more people, including a taxi driver.

The authors of the report concluded that although targeted control efforts in Guinea and Sierra Leone have greatly cut transmission, stepped-up surveillance and response capacity are needed to track ongoing transmission and re-emergence of the disease.

Sep 3 MMWR report on elimination of Ebola transmission in Liberia

Sep 3 MMWR report on Ebola in Guinea and Sierra Leone