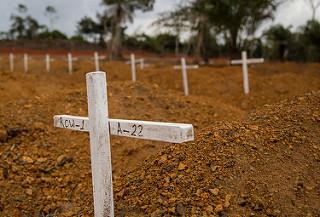 A boy who is part of a recently identified family cluster of Ebola cases in Liberia died yesterday from his illness in Monrovia, the country's capital; his is the nation's first death from the disease since July.

Liberia's announcement of the three illnesses on Nov 20 marked the end of the country's Ebola-free status, which it achieved for the second time on Sep 3.

Kateh said 153 contacts are being monitored, in addition to 25 healthcare workers, 10 of whom are considered to have had high-risk contact, according to the report. The boy had been admitted to John F. Kennedy Medical Center in Monrovia before his Ebola illness was detected, earlier reports said.

According to the Reuters report, Liberian officials have asked for help from two experts from the US Centers for Disease Control and Prevention (CDC).

Alex Gasasira, MD, Liberia's World Health Organization (WHO) country representative, told the news service that health officials suspect the virus was reintroduced through a previously infected person. Earlier this week, Bruce Aylward, MD, MPH, the WHO's assistant director-general in charge of Ebola outbreak response, said it was unlikely that the boy's illness was part of a missed transmission chain, given the length of time that has passed since Liberia's last Ebola detection.

He added that Ebola flares like the one in Liberia, the seventh such event to occur in West Africa's outbreak region so far, are inevitable but rare, showing the importance of aggressive surveillance and response capacities in the affected countries.