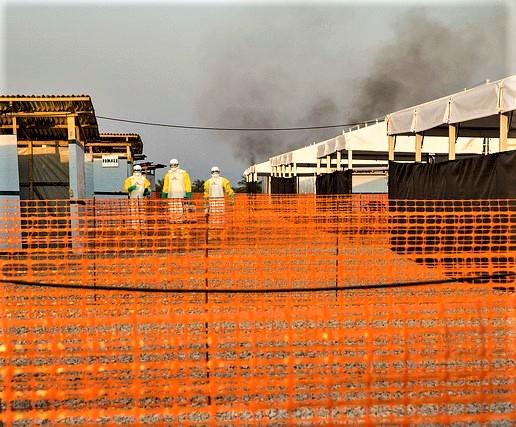 Attacks on Ebola treatment centers (ETCs) in the Democratic Republic of the Congo's (DRC's) outbreak epicenter continued to reverberate a day after the strike on the Butembo facility, with Doctors Without Borders (MSF) evacuating medical staff from the area amid a report of causalities in security services and efforts to find patients who fled the violence.

Along with fresh details about the attack, the World Health Organization (WHO) called the events deplorable and warned that the aftermath could increase transmission.

MSF said assailants set some of the Butembo compound's facilities and vehicles on fire, and while the blazes were contained and no staff or patients were hurt, teams were forced to stop patient care. The nonprofit the ETC housed 57 patients at the time, including 15 with confirmed Ebola infections. All patients still in the ETC were transferred to a transit center.

Given a similar attack on an MSF facility in Katwa 3 days earlier that killed a caregiver, "MSF has evacuated staff from the area for their safety pending a thorough analysis of the risks associated with continuing to provide medical care there," the organization said in a news release.

Hugues Robert, MSF emergency desk manager, said in the release that the attacks endanger not only the lives of its staff members, but also the most vulnerable people at the heart of the response: the patients.

"In light of these two violent incidents, we have no choice but to suspend our activities until further notice," he said. "As medical responders, it is very painful to have to leave behind patients, their families, and other members of the community at such a critical time in the Ebola response."

In a statement today, the WHO said the attacks affect people's lives and increase the risk of disease spread. "They are profoundly disrespectful of the dedicated work of local, regional and international responders," the agency said.

WHO and its partners are working to ensure patient and staff safety, and efforts are under way to expand the Katwa transit center where patients at the damaged ETCs have been moved. A top priority is quality clinical care for patients, and staff are working to find four patients who fled during the violence the WHO said.

Though MSF and WHO staff are safe, security services sustained casualties, the WHO added. The group also said it is working closely with partners to determine steps to ensure the overall Ebola response is maintained.

In a separate statement summarizing the latest outbreak trends, the WHO said Katwa and Butembo are the areas of highest concern, though small clusters of cases continue to pop up across a broad area.

Though cases show a decreasing trend, the high proportion of community deaths and relatively low number of new cases from known contacts increase the risk of more transmission chains in affected communities, the agency said. And it worries that the attack on Katwa and Butembo ETCs could disrupt field activities.

Late yesterday, the DRC's health ministry shared new details about the attack on the Butembo ETC, which it said involved unidentified gunmen.

Of the suspected patients, 32 fled, and, of the confirmed patients, most were found in their single rooms. But 4 fled, and efforts are under way to find them. The health ministry said all patients and medical staff are safe, and the patients were temporarily taken to a Butembo transit center run by the Alliance for International Medical Action (ALIMA).

The attack came just 3 days after a similar event in Katwa at another MSF ETC, less than a week since a nurse was abducted and killed in Vuhovi.

Cases grow to 885, with surge expected

Meanwhile, the outbreak total continues to grow, and in updates yesterday and today the health ministry reported 10 more cases, including 8 in Katwa, 1 in Butembo, and 1 in Kalunguta. The patient from Kalunguta is a known contact of an individual from Katwa who refused follow-up and vaccination.

Also, 4 more people died from their infections, 2 in Katwa and 1 each in Butembo and Kalunguta. All occurred in community settings, a factor known to increase the risk of transmission. Outbreak fatalities have now reached 555.

In today's update, the ministry said Oly Ilunga Kalenga, MD, the country's health minister, along with a WHO representative from the DRC, visited Butembo today. The visit included the two ETC arson targets, to assess the situation on the ground.

"Thus, it will be expected a significant upsurge of cases in health areas of Katwa and Butembo in the coming days," officials said, adding that Kalenga met with field teams to reassure them that they have full health ministry support. In meeting with Butembo's mayor today, Kalenga said the Ebola epidemic will be impossible to control without security assurances for field workers.