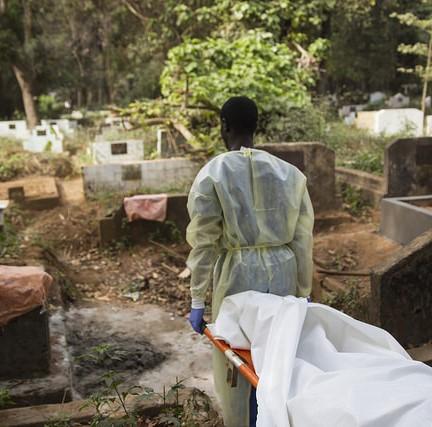 There are now 181 total cases and 115 deaths in the ongoing outbreak in North Kivu province. Twenty-one cases are under investigation, the DRC Health Ministry said.

Two each of the new cases announced yesterday are in Beni and Butembo, which raise the recorded number of cases in these two cities in the past 4 days to 16.

Beni on track to be hardest hit

The DRC's ministry of health said the recent spike in cases in these areas confirms that case contacts during the initial wave of cases in August and September who avoided follow-up and vaccination have now been infected. Beni has been a hotbed of anti-response activity, especially the neighborhood of Ndindi.

"The factors contributing to this situation are mainly misinformation, non-collaboration of the population with the response teams and insecurity," the Health Ministry said in its daily update. "More than two months after the declaration of the epidemic, the community continues to prevent the safe and dignified burial, and at-risk contacts still refuse vaccination and 21-day follow-up."

Experts in the DRC now predict that cases in Beni will soon surpass totals in Mblanka, the first designated epicenter of North Kivu's outbreak. To date, Mblanka has confirmed 91 cases and 65 deaths.

As of yesterday, Beni has 57 confirmed or probable cases, and 35 deaths. Over the weekend DRC health officials said the new cases represent "a second wave of confirmed cases among refractory contacts."

Preparing for more cases in Beni

DRC officials said they are preparing Beni for the influx of cases. "The Beni Ebola Treatment Center (ETC), which currently has 16 beds, will be expanded to accommodate at least 60 patients, additional doses of vaccines have been ordered, and additional epidemiologists will be deployed for alerts," they said.

Oly Ilunga Kalenga, MD, DRC public health minister, visited Beni last week and said response efforts would take a new direction in Beni, with the city divided into 18 health zones that will be surveyed closely. Also, additional vaccines and epidemiologists will be deployed to the area.