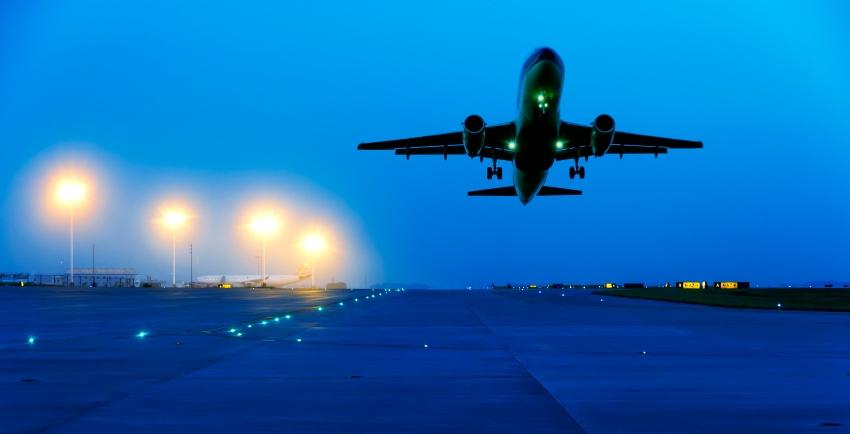 The CDC advises against nonessential travel to the outbreak area., iStock

West Africa's worsening Ebola outbreak prompted announcements today that the World Health Organization and its partners, including the US Centers for Disease Control and Prevention (CDC) are stepping up efforts to battle the disease.

The CDC also issued a travel warning for Guinea, Sierra Leone, and Liberia that advises against nonessential travel to the area, based on the deteriorating outbreak situation.

In its latest update yesterday, the WHO said new cases and deaths have been reported in the three countries, with the identification of an air-travel-linked case in Nigeria as a significant new development. The Ebola virus disease (EVD) outbreak is by far the biggest and deadliest one ever recorded and is causing havoc in the affected countries and posing a big threat to neighboring countries.

In yesterday's update, the WHO said 1,323 infections have been reported, 729 of them fatal.

Though the threat of EVD to regions outside of Africa is considered low, health officials in other countries are gearing up to identify, treat, and quickly contain travel-linked cases, the WHO said in today's statement.

The WHO said Director-General Margaret Chan, MD, MPH, will meet with presidents of the affected nations tomorrow to launch a joint $100 million response plan as part of an intensified effort to bring the outbreak under control. She said the scale of the outbreak and the threat it poses require taking the response effort to a new level.

"The countries have identified what they need, and WHO is reaching out to the international community to drive the response plan forward," she said in a statement.

The area needs several hundred more personnel to help with overstretched treatment facilities. Hundreds of aid workers are in the area, and the WHO has more than 120 staff in the locations. The WHO said the greatest needs are health workers, epidemiologists, social mobilization experts, logisticians, and data managers.

Components of the new plan will draw on lessons learned in other outbreaks, focusing on stopping transmission with evidence-based steps and preventing the spread to neighboring at-risk countries.

At a media briefing today, CDC Director Tom Frieden, MD, said the agency is surging its efforts to help with the worsening outbreak and will send 50 more disease specialists to help with tasks such as setting up emergency operations centers and strengthening lab networks. Some CDC experts have already been in the outbreak area helping establish and run data systems.

He said the outbreak is complex and spread across a large area in a region that has never grappled with EVD before. Two main challenges are that the outbreak is occurring in areas where many health systems aren't highly functional and that people in some areas don't understand the disease and have reacted with hostility and violence against responders.

Turning the tide won't be quick or easy and could take 3 to 6 months, even if things go smoothly, Frieden said.

The CDC sees little risk to the US population and is confident that there will be no significant spread in the country, even if some travel-related cases are detected here, he said. "Any hospital with an ICU [intensive care unit] can isolate patients."

The agency decided to raise the travel warning level after it became clear that overburdened health facilities in the area might not be able to treat travelers who are sick or injured and that people seeking treatment at the facilities might be exposed to the virus. Frieden added that recommending nonessential travel also frees up local health workers to focus more on the outbreak.

Reporters asked Frieden if special measures will be taken in light of an African leaders' summit slated for next week that will draw contingents from about 50 African nations to Washington, DC. He said federal health officials are looking at all options for making sure all the travelers get healthcare if they get sick.

He said it's difficult to monitor air travelers coming from African destinations, because there are few direct flights—most arrive in the United States on connecting flights from other countries. Though quarantine officials are on guard around the clock at US airports, Frieden said screening travelers boarding planes in their home countries is a more effective strategy for curbing travel-related cases.

Though the CDC's global health budget is very tight, the agency and other parts of the US government will help fund the WHO's new joint plan for battling the outbreak, he said.

In other developments, two Americans who contracted EVD while working in a Liberian treatment center during a joint aid group project remain in stable condition, though the condition of Kent Brantly, MD, slightly worsened overnight, according to a statement today from Samaritan's Purse, a Christian-based relief group headquartered in North Carolina.

It said Brantly has received blood from a 14-year-old Ebola survivor that the doctor had cared for. Serum from recovered patients contains antibodies against the disease and has been used for other diseases, such as H5N1 avian influenza.

When asked about the situation at today's briefing, Frieden said the CDC doesn't have any details about the treatment Brantly received, and while serum treatment has been used for other infectious diseases, it's not clear if it would be effective for EVD.

Samaritan's Purse also said it would evacuate all but the most essential personnel to their home countries over the weekend and that none of the workers returning home are sick with the disease.

Media reports said Brantly and Nancy Writebol, the other health worker who is sick, would be flown back to the United States for treatment. At the media briefing today, Frieden said the decision to bring sick employees back rests with the aid organizations and that the CDC is prepared to assist.

Also, Sierra Leone's president yesterday declared a public health emergency, which frees up new measures to battle the outbreak, Reuters reported today. President Ernest Bai Koroma said sick patients will be isolated at home and authorities will conduct house-to-house searches for contacts that may have been exposed to the virus.

Outbreak responders have had a tough time tracing contacts, because in some instances families have been hiding patients and sometimes forcibly removing their loved ones from hospitals and treatment centers.

A few days ago, Liberia declared a national emergency and announced the closure of some of its border crossings.

Meanwhile, Liberia's President Ellen Johnson Sirleaf ordered the country's schools to close for 30 days to curb the spread of the disease, FARS News Agency (FNA) reported today.  She also added that the country would initially allocate $5 million to help with the region's fight against the disease.