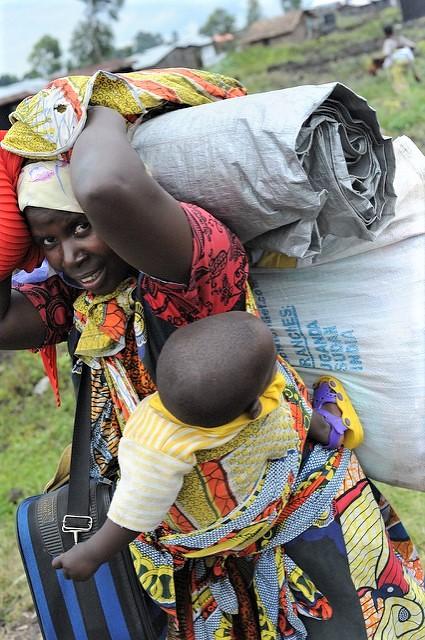 After Sunday’s tumultuous national presidential elections, refugees from the Democratic Republic of the Congo (DRC) are fleeing to neighboring Uganda, prompting fears of cross-border Ebola spread, according to the Associated Press.

The DRC is now entering its sixth month of the country's largest Ebola outbreak ever, in North Kivu and Ituri provinces. So far, the disease has been contained in the eastern region of the DRC, but the election chaos increases the chance of international spread.

Irene Nakasiita, a spokeswoman for the Red Cross in Uganda, told the Associated Press (AP) that dozens of refugees began crossing the border on Dec 30. Some were made to return to the DRC after refusing Ebola screening implemented by Ugandan officials.

Internet shut down after election

The AP also reported that the internet in the DRC has been cut off all week to curb speculation about the election results. On Twitter today, the DRC said there would be no daily update from the ministry of health on Ebola cases. Instead, the ministry said today's update will be published tomorrow morning.

The World Health Organization (WHO) maintains an Ebola outbreak dashboard, which today reflects 603 cases, 555 of which are confirmed. But that's 5 fewer cases than the DRC reported yesterday, when the ministry of health noted 608 cases and 368 deaths.

More than 54,000 people have been vaccinated against the virus, and officials from the DRC and WHO have requested more vaccines.

The new year brought fresh violence to the outbreak region, once again delaying surveillance tracking and vaccination efforts, the WHO said today in a press release.

WHO Director-General Tedros Adhanom Ghebreyesus, MD returned today from a 3-day mission to the outbreak zone.

"I'm concerned about the impact of the recent disruptions at this critical moment. This outbreak is occurring in the most difficult context imaginable," Tedros said. "To end it the response needs to be supported and expanded, not further complicated. Ebola is unforgiving, and disruptions give the virus the advantage."

"This outbreak is in a critical phase. It is vital the international community recognizes this and ensures the DRC and WHO have the support needed to ensure this outbreak does not spiral out of control," Farrar said.

Despite the use of an effective vaccine and four novel Ebola treatments, the outbreak has continued because of security challenges, community resistance, and poor infection control in health facilities, the WHO said.