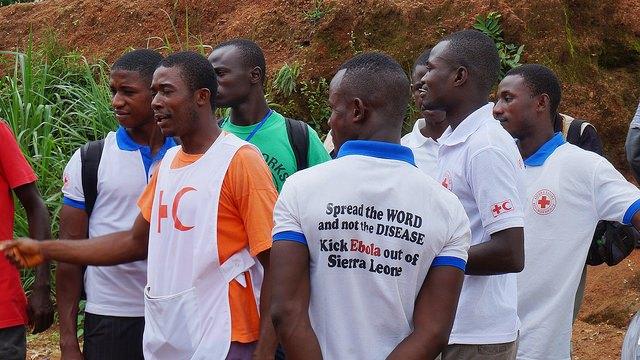 A new Ebola case has been linked to a recent death from the disease in Sierra Leone, signaling an expanding flare-up after West Africa was declared free of disease transmission by the World Health Organization (WHO), Reuters reported today.

Sierra Leone confirmed an infection in a 38-year-old aunt and caregiver of a 22-year-old woman who died from the disease on Jan 12, which ended the country's Ebola-free status, according to health ministry spokesman Sidi Yahyah Tunis.

Umaru Fofana, the reporter who filed the story, said on his Twitter account today that the case was confirmed in the city of Magburaka in the Tonkolili district of Sierra Leone's Northern province. He added that the woman will be transferred to 34 Military Hospital in Freetown.

Health officials were bracing for more cases, because the younger woman's illness wasn't detected until after she died, and several people likely had high-risk exposure, given her travel and medical care history. Also, officials said she was buried without safety protocols in place.

The WHO said in its weekly epidemiologic update today that 2 weeks before the 22-year-old woman died, she traveled from Port Loko, where she was a student, passing through Kambia and Bombali before arriving at her family home in Magburaka. She had vomiting and diarrhea during her travels.

The agency said her case posed a significant risk of further transmission because of her admission to a healthcare facility where workers didn't wear appropriate protective equipment, her close contact with family while sick, and her unsafe burial.

So far 150 contacts, 50 of them high risk, have been identified, and vaccination of contacts and contacts of contacts is under way in coordination with Sierra Leone's health ministry, the WHO said. It said one contact is missing. Fofana said today that 18 high-risk and 32 low-risk contacts are missing.

So far the source of the woman's illness isn't known, but authorities say a small but real threat remains from lingering virus in survivors. The new family cluster in Sierra Leone is the 11th such flare-up in West Africa.