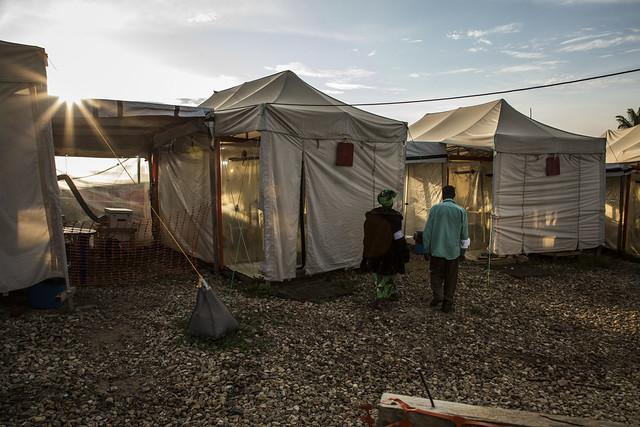 The Democratic Republic of the Congo's (DRC's) ministry of health yesterday reported an attack on a burial team working in Butembo, noting that police were slightly injured in the encounter.

This is the third attack in the past few days on safe and dignified burial teams working in North Kivu and Ituri provinces during the world's second largest Ebola outbreak in history.

In addition to the attack on the burial team, officials in the DRC said another health worker in Mabalako — vaccinated less than 10 days ago — is among newly confirmed cases. This raises the total number of health workers infected during the outbreak to 103, including 34 deaths.

Officials will likely confirm 21 new cases of Ebola today, raising outbreak total to 1,847. As of yesterday, there were 1,218 deaths in this outbreak, and another 245 suspected cases still under investigation.

The World Health Organization (WHO) regional office for Africa said in a new bulletin that 24% of all confirmed Ebola cases in the past 3 weeks has been in Katwa, and 18% in Mabalako.

From May 12 to May 18, officials confirmed 136 new Ebola cases, with an additional 92 deaths, demonstrating the continued transmission of the virus in the DRC.

More troubling, the WHO notes that some healthcare providers in Masereka health zone facilities are so scared for their safety due to arson threats, they have stopped wearing personal protective equipment and are reluctant to institute infection prevention and control practices.

"Numbers of new EVD [Ebola virus disease] cases in North Kivu and Ituri provinces continue to increase. Some of this weekly increase may be accounted for by inability to identify cases during periods of unrest," the WHO said. "However, the situation remains extremely serious."

May 19 WHO regional bulletin