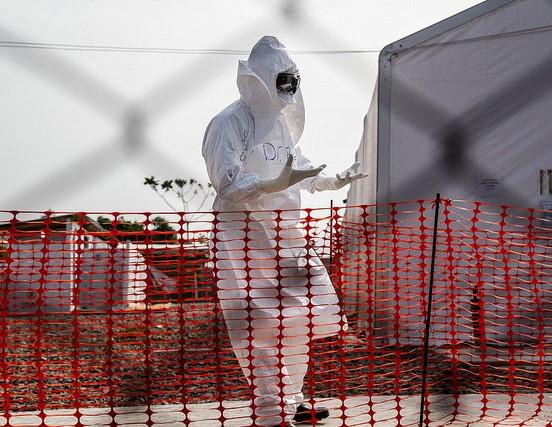 Today Doctors Without Borders (MSF) said an Ebola treatment center (ETC) in Butembo in the Democratic Republic of the Congo (DRC) was attacked, and reports on social media suggested the building had been set on fire.

"Tonight another deplorable attack on an Ebola treatment facility has taken place, this time in the city of Butembo," said Hugues Robert, MSF emergency desk manager, in a news release. "This follows the attack last week on another MSF Ebola treatment center in nearby Katwa. This attack has not only put the lives of Ebola patients and their families in danger, but also those of MSF and Ministry of Health staff."

Currently there is no word from MSF on the number of fatalities and injuries, if any. MSF's ETC in Katwa was set afire on Feb 24, and MSF was forced to suspend activities there yesterday.

The Butembo ETC is the largest built in the 8 months the DRC has battled an Ebola outbreak in North Kivu and Ituri provinces, with new cases announced daily.

The region is home to dozens of paramilitary and rebel forces, most notably the Allied Democratic Forces.  Since the outbreak began last August, numerous outbursts of violence against healthcare workers and attacks on clinics have been reported. The rebel forces have also conducted disinformation campaigns about how Ebola is transmitted and treated.

According to data from MSF, as of Jan 27, the Butembo ETC had admitted 1,400 patients, with Beni's ETC (1,370 admissions) the second busiest. And the Butembo center had confirmed 197 Ebola patients, compared with 41 at the Beni ETC.

The Katwa ETC, before the attack this week, had admitted 602 patients, including 49 confirmed cases, since December, according to an MSF update yesterday.

Butembo, along with Katwa, is one of the most active Ebola hot spots, reporting several new cases in recent days.

The Katwa ETC attack resulted in one fatality. The 10 Ebola patients in treatment at the clinic, however, were safely transported to other ETCs. Yesterday, MSF said the Katwa ETC would be closed indefinitely.

On Feb 20, officials in the DRC said a nurse had been abducted and murdered in Vuhovi.

The incidents may represent a new wave of violence that follows spikes of Ebola activity. In the early months of the outbreak, the violence was focused in Beni and Mblanka, the first cities to face the deadly virus.

According to the World Health Organization's (WHO's) Ebola dashboard, officials recorded 4 more cases today in the outbreak, raising the outbreak total to 879 infections, 814 of which have been confirmed. Death totals remain at 551.