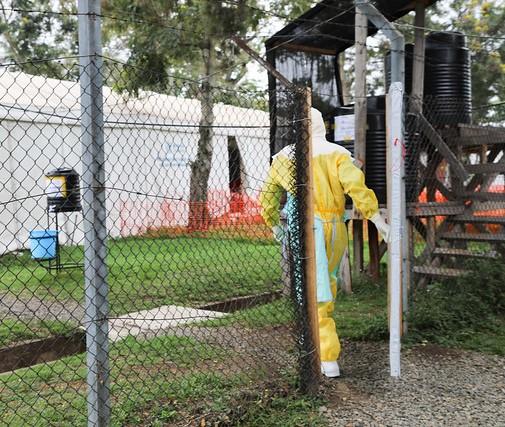 Amid continued transmission of Ebola in new hot spots throughout North Kivu and Ituri provinces, the United States, through the US Agency for International Development (USAID), announced an additional $21 million humanitarian aid package directed at the eastern Democratic Republic of the Congo (DRC).

"With this funding, the United States is working with partners to provide life-saving assistance, including measures to prevent and control infections in health facilities, enhanced disease surveillance, training for health care workers, communities, promotion of safe and dignified burials, and food to support people and efforts to engage communities affected by Ebola," USAID said in a press statement.

The United States has not had personnel on the ground in the DRC's outbreak area since September 2018, when all staff were pulled amid growing insecurity threats. The Centers for Disease Control and Preventioni, however, has been assisting a USAID Disaster Assistance Response Team in the DRC.

In addition to helping in the DRC, USAID's money will reach preparedness efforts in Burundi, Rwanda, South Sudan, and Uganda.

Today the World Health Organization (WHO) Ebola dashboard shows 5 new confirmed cases of Ebola, raising the outbreak total to 3,054, with 444 suspected cases under investigation. There were also 5 additional deaths noted, raising the fatality total to 2,050.

In an update today the DRC's multisector Ebola response committee (CMRE) said that 2 of the 6 cases confirmed yesterday came from Kalunguta, with 1 each in Katwa, Kayna, Mambasa, and Mandima.

In recent weeks, Kalunguta has emerged as the new hot spot of the virus.

The CMRE also said a total of 212,177 people have been vaccinated as of yesterday with Merck's VSV-EBOV.

In research news, a new Lancet Infectious Diseases study suggests that Ebola survivors are at an increased risk of death within the first year of hospital discharge.

The data come from an observational study conducted after the West African outbreak in Guinea, which tracked 1,130 survivors. Mortality in survivors of Ebola virus diseases was five times higher than that in the aged-matched general population, and 64% of the deaths were tentatively attributed to kidney failure.

This is the first study to show a significant increase in mortality among Ebola survivors, and the authors said further work needs to be done to understand the connection between Ebola and renal failure.

In a commentary on the study, Canadian experts write that the study makes a case for long-term follow up of survivors of viral hemorrhagic fevers, including Marburg, Crimean-Congo, Lassa, and Nipah virus.