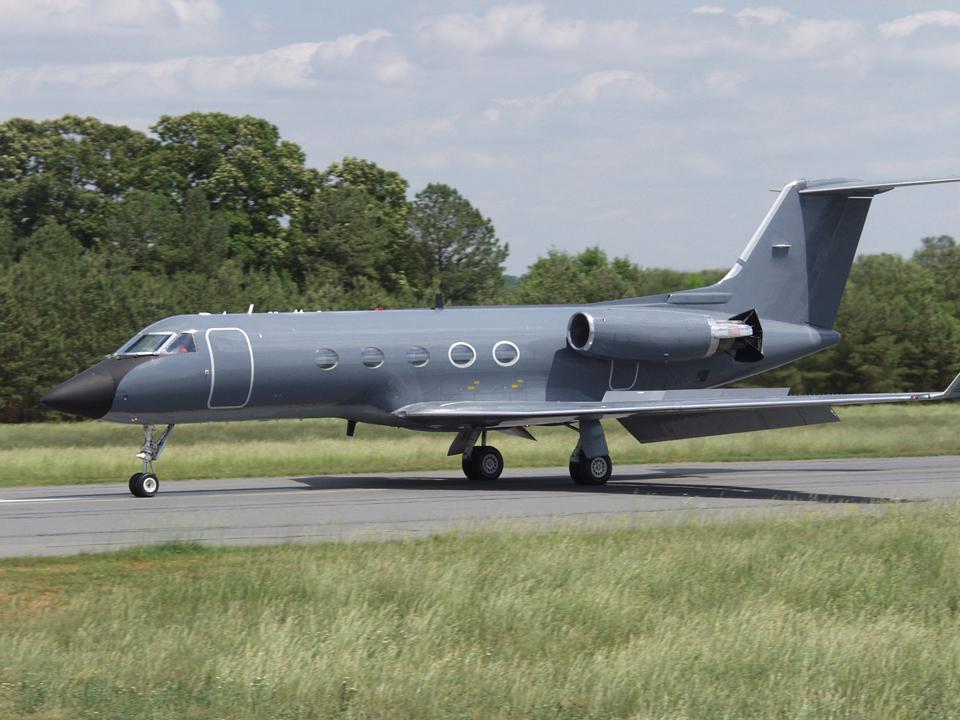 With West Africa's burgeoning Ebola epidemic expected to last at least 6 to 9 more months, the demand for evacuations of visiting medical workers who get infected seems likely to grow. That demand might well collide with a shortage of aircraft that are equipped to safely transport Ebola patients.

The four Ebola patients who have been evacuated from West Africa to the United States have all been flown by Phoenix Air of Carterville, Ga., which has two Gulfstream III business jets that are specially equipped to carry such patients at minimal risk to others on the plane.

Other aircraft that are properly equipped to transport Ebola patients are very scarce, according to US mission organizations that have arranged evacuations for a few of their workers in West Africa.

"There are only two jets in the world with the current system, and we own both of them," said Dent Thompson, vice president of Phoenix Air, which has served as the airlift provider for the Centers for Disease Control and Prevention (CDC) for about 8 years.

Thompson said the company is working to fit one more plane with the special equipment. It includes a metal frame that holds numerous pieces of medical equipment and, inside it, a big plastic tent for the patient. Only one patient can be accommodated.

The apparatus includes an air filtration and negative-pressure system and allows for medical equipment connections such as heart and pulse oxygen monitors, according to Thompson. Medical personnel can enter the patient chamber but must first use an anteroom to don a protective suit. When they leave the chamber, they must be decontaminated in the anteroom.

After each Ebola flight, the equipment must be put through a 24-hour decontamination process that was designed by the CDC, Thompson said. The plastic liner, even though sterile by that time, is then removed and burned in a special incinerator.

Ken Isaacs of Samaritan's Purse, the employer of Kent Brantly, MD, one of the first two Americans to be evacuated from West Africa because of Ebola, said it appears there are very few aircraft in the world that equipped to ferry Ebola patients.

"The only thing comparable that we found was a plane out of South Africa, and [the company] was only willing to fly to Europe," said Isaacs, the group's vice president of programs and government relations. "It was a [Boeing] 737, and they wanted $1.4 million. They had only level 3 protection, not level 4."

Isaacs said the evacuations of Brantly and Nancy Writebol, another American aid worker, cost $200,000 each.

He said the Spanish priest who contracted Ebola and was evacuated from Liberia in August was flown on a Spanish military C-130. He recalled seeing news footage of the patient in a containment bubble on a gurney.

George Salloum, vice president of the US mission organization SIM, confirmed that access to the type of aircraft needed to carry Ebola patients is very limited. Phoenix Air flew two of SIM's workers, Writebol and Rick Sacra, MD, out of West Africa after they contracted Ebola virus disease.

"You can't use a commercial aircraft or a generic charter operation. You need a specially equipped jet," Salloum said. "The CDC had guidelines, and isolation units needed to be part of the equation. So access to that limited the field."

Phoenix Air has flown five Ebola patients, including four Americans, out of West Africa in recent months, according to Thompson. In addition to Brantly, Writebol, and Sacra, the company evacuated the unidentified American who was brought to Emory University on Sep 9. Also, the firm flew a German doctor from Sierra Leone to Hamburg, Germany.

"We have also operated a number of flights with medical personnel who had an exposure event but ultimately did not come down with the disease," Thompson said. "Most of these were for foreign governments, and we are not at liberty to discuss details."

Thompson said development of the special equipment used in the two planes was inspired years ago by worries about avian flu and SARS (severe acute respiratory syndrome).

"The original purpose was for CDC doctors that were in the Far East dealing with bird flu and SARS, but none of their people ever got sick, so it was never used," he said.

Under a government contract, Phoenix Air was asked to develop an "Aeromedical Biocontainment System," or ABCS, to transport patients with an airborne-contagious disease, Thompson explained.

Developing the system was a collaboration of Phoenix Air with the CDC and biodefense experts in the Department of Defense (DoD), he said. The CDC provided medical expertise, while DoD provided many of the protective devices involved.

Phoenix Air built the system and then took it to the Federal Aviation Administration (FAA) for certification, he said. The system was extensively tested by the DoD and was approved for ferrying military personnel.

"The FAA approved it, and then it went on a shelf," Thompson said.

That was about 4 years ago, he said. But in July of this year, as Ebola was spreading in West Africa, a doctor at the US Department of State who knows Thompson and was aware of the system called him about using the planes to evacuate Ebola patients.

"He asked if it would work with a bloodborne pathogen as well as airborne," for which it was designed, Thompson said.

He said doctors from the Phoenix staff and the CDC spent a day and a half reviewing the system, after which they all agreed it was suitable for Ebola patients. "In fact, it's probably over-engineered for Ebola, because it's designed for airborne pathogens," he said.

Shortly after the company got the green light, Samaritan's Purse needed an air service to evacuate Brantly and Writebol, Thompson said. Those trips were "proof-of-concept flights," and they went smoothly.

"On the first mission there was a lot of apprehension and anxiety, but now that we've got four or five under our belts, they're not routine, but the apprehension is gone," he said.

Isaacs of Samaritan's Purse said one wrinkle occurred in the mission to retrieve Brantly: After taking off for Africa, the plane developed a pressurization problem and the crew had to turn back. But that turned out to be a blessing for Brantly.

"In that delay Kent Brantly's health took a nosedive," Isaacs said. It so happened that the experimental medicine ZMapp became available during the 1-day delay resulting from the mechanical problem. "If the plane hadn't been delayed, he wouldn't have taken the first dose" at that point, he said. After his return to the United States, he got another dose.

Isaacs said a doctor who treated Brantly reported that the medication had "a miraculous impact." (Others have said that ZMapp seemed to help Brantly and Writebol, but it's unclear how much it contributed to their recoveries.)

The State Department has played a key role in arranging the Ebola evacuations, according to Thompson, Isaacs, and Salloum.

"They reached out to me and suggested I call Phoenix Air," said Isaacs. He added that the department also made arrangements with Emory University Hospital and hired a ground ambulance, among other details. "In a time of crisis that's a wonderful service for a government to offer," he said.

Salloum commented, "They [the State Department] make it happen. . . . They actually handle the communication and setting up the medical relationship, including the hospital. They are kind of like the gatekeepers of who goes where."

After evacuating Brantly and Writebol, said Thompson, "We quickly realized this cannot be done as a private organization, you've got to have a powerful government like the US standing behind you, getting all the permits and dealing with the other countries."

The company's board decided to work only through the State Department on Ebola evacuations, rather than dealing directly with the public or other organizations, he explained. The agency serves as the go-between.

"I get five to 10 e-mails or calls every other day from people wanting to know if they can hire us directly [for Ebola-related evacuations], and I refer them to the State Department," Thompson said.

He said the demand for Ebola evacuation is not exceeding the supply thus far, but added that there's "a lot of hysteria," with people calling about individuals who are not sick and had only a slight risk of exposure to Ebola.

Phoenix Air has one extra Ebola containment system, and current plans call for installing it in another plane, so the company will have a total of three, he said. "We have to be careful not to overbuild for something that could go away in 6 or 8 months."

If the US demand for evacuation of Ebola patients were to outstrip what Phoenix Air can handle, it's not clear if there are other providers that could take up the slack. A CDC official who was asked about that referred CIDRAP News to the State Department. John Smith, a State Department spokesman, said today he didn't know the answer.

"I just don't know in terms of that level of detail," he said. "I haven't seen anything where we've been that specific." He suggested that the transcripts of recent departmental press briefings might have some information, but CIDRAP News was unable to locate further information on the State Department's Web site.