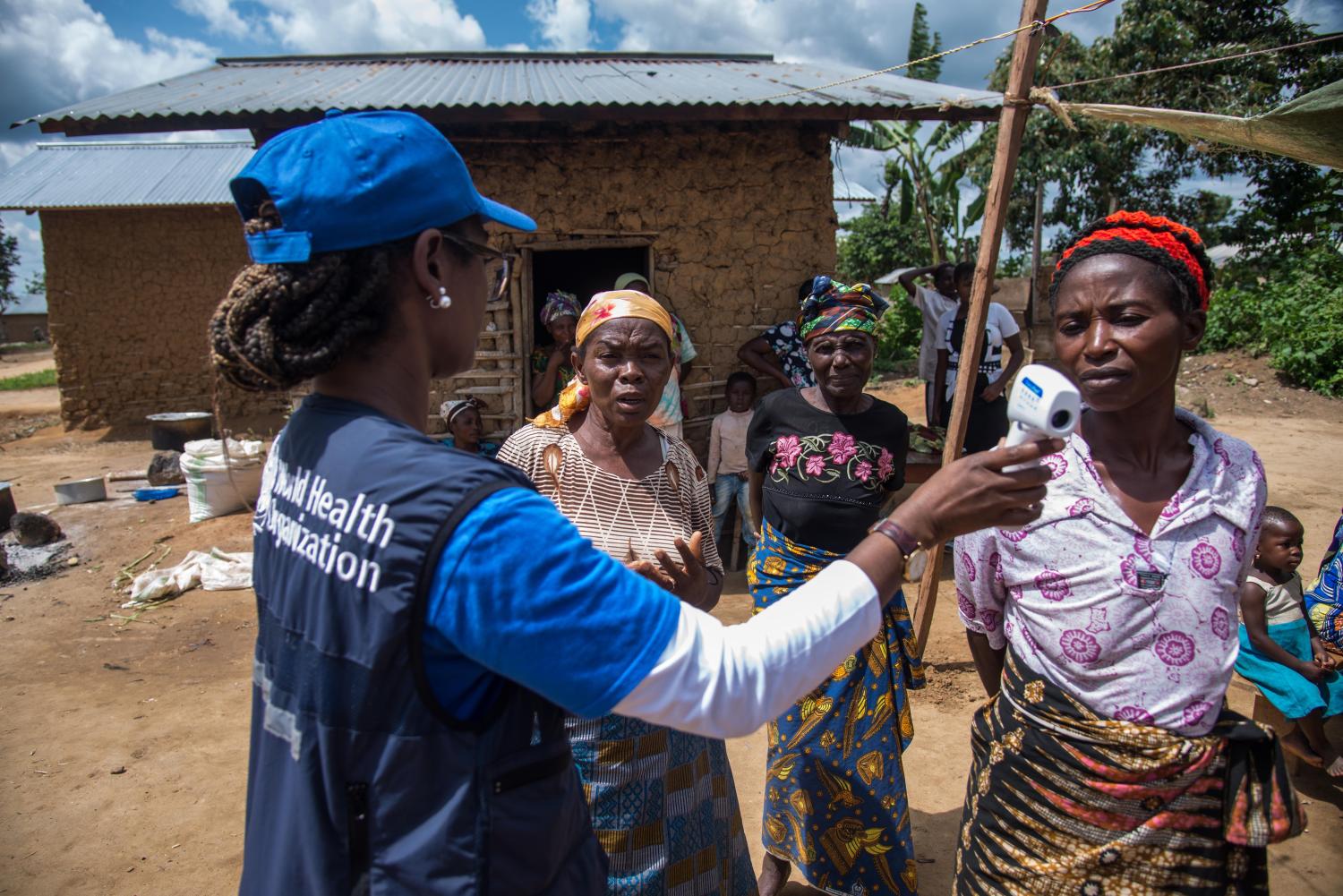 Based on the recommendation of a World Health Organization (WHO) emergency committee today, the group's director-general, Tedros Adhanom Ghebreyesus, PhD, declared that the Democratic Republic of the Congo's Ebola outbreak is a public health emergency of international concern (PHEIC).

The declaration, done under International Health Regulations, comes just days after the first Ebola case was detected in Goma, a city of about 2 million that straddles the Rwanda border and is the capital North Kivu province, the area hit hardest by the outbreak. Before today, the Ebola emergency committee had met three times—most recently in June after imported cases were detected in Uganda—deciding each previous time that conditions didn't constitute a PHEIC.

Health officials have been battling the outbreak for nearly a year amid several setbacks triggered by violence against response workers.

At a media briefing today, emergency committee chairman Robert Steffen, MD, said the outbreak is still viewed as a regional and not a global threat, but he added that experts are concerned about the recent spread to Goma, recurrence of transmission in the former epicenter of Beni, and more violent attacks against responders. Also, the WHO and Uganda today said a woman from the DRC who traveled to a fish market in Uganda recently died from Ebola, prompting contact tracing in Uganda.

"It is time for the world to take notice and redouble our efforts. We need to work together in solidarity with the DRC to end this outbreak and build a better health system,'' he said in a statement. "Extraordinary work has been done for almost a year under the most difficult circumstances. We all owe it to these responders—coming from not just WHO but also government, partners and communities—to shoulder more of the burden."

He said declaring the PHEIC wasn't done for fundraising reasons, and Tedros said he wasn't aware of any donor countries withholding support without a formal declaration. However, the emergency committee aired its disappointment about delays in funding that have limited the response, especially efforts to prepare other provinces and countries to detect and prevent the spread of Ebola. He said the DRC is doing all it can to battle the outbreak, and he urged all countries to support the country, including financially.

WHO officials are still working out the details of the response strategy to cover the next 6 months, but Mike Ryan, MD, the WHO's executive director of emergency programs, estimated that cost for core operations would be more than $233 million.

In declaring the PHEIC today, the WHO urged countries not to use the measure as an excuse to impose trade or travel restrictions, which could hurt the DRC's economy and slow the flow of response resources needed to battle Ebola. Tedros warned that any border closures by the DRC's neighbors would force people to use informal, unmonitored crossings that would increase the risk of virus spread.

At today's media briefing, WHO officials also fielded questions about the DRC's decision last week to not allow the use and testing of a second Ebola vaccine, the Johnson & Johnson Ad26.ZEBOV/MVA-BN vaccine, which in April was recommended by a WHO vaccine advisory group as a way to increase supply and test the effectiveness of a second vaccine.

Health Minister Oly Ilunga Kalenga, MD, has said he prefers to focus on the currently used vaccine, VSV-EBOV, and has aired concerns that introducing a second vaccine might upset the population and complicate messaging.

In a Stat story today, Kalenga said introducing a new vaccine would create new communications and trust problems and said officials wouldn't reopen discussions about the second vaccine. He also said the Johnson & Johnson vaccine, which requires a second dose 2 months later, would be a logistical challenge.

At the media briefing today, Ryan said there are serious concerns about the supply of VSV-EBOV and that talks are under way to speed its availability, including having the vaccine maker boost production or contracting with other companies to help make the vaccine. Earlier in the outbreak, health officials switched to a dose-sparing approach to conserve the vaccine supply.

He added that the WHO recognizes the DRC health ministry's concerns and is working through the issues with the DRC government and technical partners.

In other developments today, the Uganda's health ministry and the WHO released details about the DRC woman who visited Uganda, then died from Ebola after she returned home. The groups emphasized that no new Ebola cases have been confirmed in Uganda.

An investigation revealed that the woman, who worked as a trader, went to Uganda on Jul 11 to buy fish in the Kasese district city of Mpondwe, one of the busiest border crossings between the DRC and Uganda.

According to a situation report from the WHO's African regional office, the woman had symptoms when she arrived, and investigators found she had four vomiting episodes at a food vending location in the market. She returned to Beni on Jul 12, where she was admitted to the city's Ebola treatment center the following day. She died on Jul 15 after tests were positive for Ebola.

According to the report, she did not use the formal border entry during her recent travels, where she would have been screened and cared for by health workers. Officials said the woman's contacts are being identified and that all will be vaccinated.

In DRC developments, the health ministry yesterday confirmed 11 new cases, based on its latest statement, and is expected to announce 10 more today, which would push the overall outbreak total to 2,522. Of the cases yesterday, five were in Beni and two in Mandima; also, four cities each reported a single case: Mabalako, Vuhovi, Katwa, and Komanda.

Eight more people died from their Ebola infections, according to yesterday's update, raising the fatality count to 1,676. Of the most recent deaths, three occurred in the community and five happened at Ebola treatment centers.

The report also had updates on response to the case in Goma, involving a pastor who died from Ebola after traveling from Butembo. So far, 97 contacts have been identified, 37 of them considered high-risk. Vaccination of contacts is under way at Afia Himbi health center, where the patient was isolated before he was taken to Goma's Ebola treatment center.

Two female family members who were traveling with the pastor have been located in Goma and did not flee to South Kivu as originally thought. The ministry said the women were found yesterday and will be vaccinated. At the media briefing today, Ryan said 257 contacts and contacts of contacts have been vaccinated and no other cases in Goma have been detected.