EPA sued over streptomycin use on citrus trees 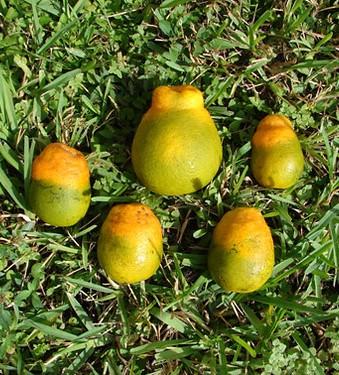 A coalition of public interest, environmental health, and farmworker advocacy groups is suing the Environmental Protection Agency (EPA) over its decision to allow widespread use of a medically important antibiotic to prevent and treat a bacterial disease that affects citrus trees.

The lawsuit, filed this week in the 9th Circuit Court of Appeals, is asking the court to set aside the EPA's recent order to allow spraying of streptomycin on citrus trees to prevent or treat citrus greening or citrus canker.

The lawsuit claims the agency failed to ensure that the use of streptomycin on citrus trees would not cause unreasonable harm to human health or the environment. The groups also argue the agency failed to consult with the US Fish and Wildlife Service or the National Marine Fisheries Service about possible harms to listed species or critical habitats.

After more than 2 years of review, the EPA finalized its decision to approve widespread streptomycin use on citrus trees on Jan 12. The decision followed the agency's 2018 approval of expanded use of the antibiotic oxytetracycline for the same citrus diseases. Both drugs are used to treat a variety of bacterial infections in people.

Public health and environmental advocacy groups have been expressing concern about widespread application of oxytetracycline and streptomycin to control plant disease since 2016, when the EPA authorized emergency use of the antibiotics on citrus trees in Florida to combat citrus greening, which is caused by a bacterium—Candidatus Liberibacter asiaticus—carried by an insect called the Asian citrus psyllid.

When citrus trees are infected, they produce fruit that is green, small, misshapen, and bitter. Most infected trees die within a few years.

The World Health Organization has labelled oxytetracycline "highly important" and streptomycin "critically important" to human health. The groups that filed the suit are concerned about use of both antibiotics, but streptomycin, which is banned from use on crops in many countries, is a particular concern.

"Streptomycin is a critically important antibiotic…and the sheer volume of streptomycin use that's now approved is pretty astonishing," said Matt Wellington, public health campaigns director for U.S. PIRG. "This would pave the way for 650,000 pounds of streptomycin to be sprayed on citrus trees."

By comparison, an estimated 14,000 pounds of aminoglycosides, the antibiotic class that includes streptomycin, are used for medical purposes each year.

Among the concerns are that the massive amounts of streptomycin sprayed on citrus trees will end up in soil and nearby waterways and promote the emergence of streptomycin-resistant pathogens. The groups also argue that use of both antibiotics has not solved the citrus greening problem, but has only slowed the spread of the disease.

The Centers for Disease Control and Prevention (CDC), the Food and Drug Administration (FDA), and members of Congress have also expressed concerns. In a 2017 report to the EPA obtained by the Center for Biological Diversity through a Freedom of Information Act request, the CDC concluded, based on its own testing, that antibiotics used as pesticides have the potential to select for antibiotic-resistant bacteria in the environment, including bacteria that cause human disease.

In a letter sent to the EPA in August 2019, Rep. Jackie Speier (D-CA) and Sen. Elizabeth Warren (D-MA) asked the agency to rethink its position on using streptomycin until it can be determined that such use will not harm human health.

"We have good standing for filing a lawsuit against the streptomycin decision," Wellington said. "The CDC and the FDA both expressed concern about this practice, and the EPA went forward with it anyway."

The groups that filed the lawsuit also say that the EPA's own analysis indicates widespread use of streptomycin could have harmful long-term effects on mammals that forage in treated fields, and that the agency has failed to analyze how this could affect threatened species, or if it could pose a risk to pollinators.