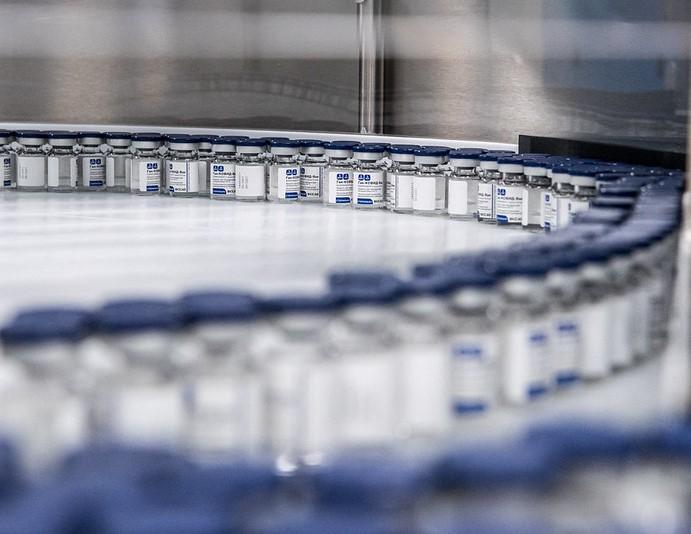 After a meeting with vaccine company executives, a multilateral group dedicated to improving global access to COVID-19 vaccines called on countries and manufacturers to urgently take several steps to ensure that 40% of the population in all countries is vaccinated by the end of the year.

In other global developments, UNICEF today urged countries to reopen schools as soon as possible to avoid further impacts on kids and economies.

Highly vaxed countries have 2 billion more doses than they need

The task force, which met for the fourth time, includes the heads of high-level groups including the International Monetary Fund, the World Bank, the World Health Organization (WHO), and the World Trade Organization. They said without urgent steps, the world won't meet its 40% vaccination goal by the end of 2021, which in a statement they note is a critical milestone that is key for ending the pandemic and supporting global economic recovery.

Many of the steps the task force recommends have already been aired by health groups working on vaccine inequity.

Countries with high vaccination rates have already bought 2 billion more doses than they need to fully vaccinate their populations, so the task force again called on the countries to swap their near-term delivery schedules with COVAX and Africa's vaccine initiative. They also pushed countries to fulfill their donation pledges and release vaccine companies from contracts and options so the companies can funnel supplies to developing countries.

The group also urged countries to eliminate expert restrictions, high tariffs, and customs' bottlenecks on vaccines and the raw materials used to produce the.

Also, the task force called on companies to share details about monthly delivery schedules and for regulatory agencies to standardize the approval of vaccines and to support the WHO's emergency use listing system.

UNICEF yesterday called on countries to reopen schools as soon as possible to ease multiple negative impacts on kids, including missed education, meals, and vaccination, and to avoid worsening the global economic crisis.

In a statement, the group said schools in six countries are mostly closed, affecting 77 million children. Among them are Bangladesh, the Philippines, and Panama. Henrietta Fore, UNICEF's director said millions of students are heading into a third academic year without being in the classroom. "The losses that students are incurring from not being in school may never be recovered," she said.

Though remote learning has been a lifeline for millions of students, technology and curriculum quality has been uneven, UNICEF said.