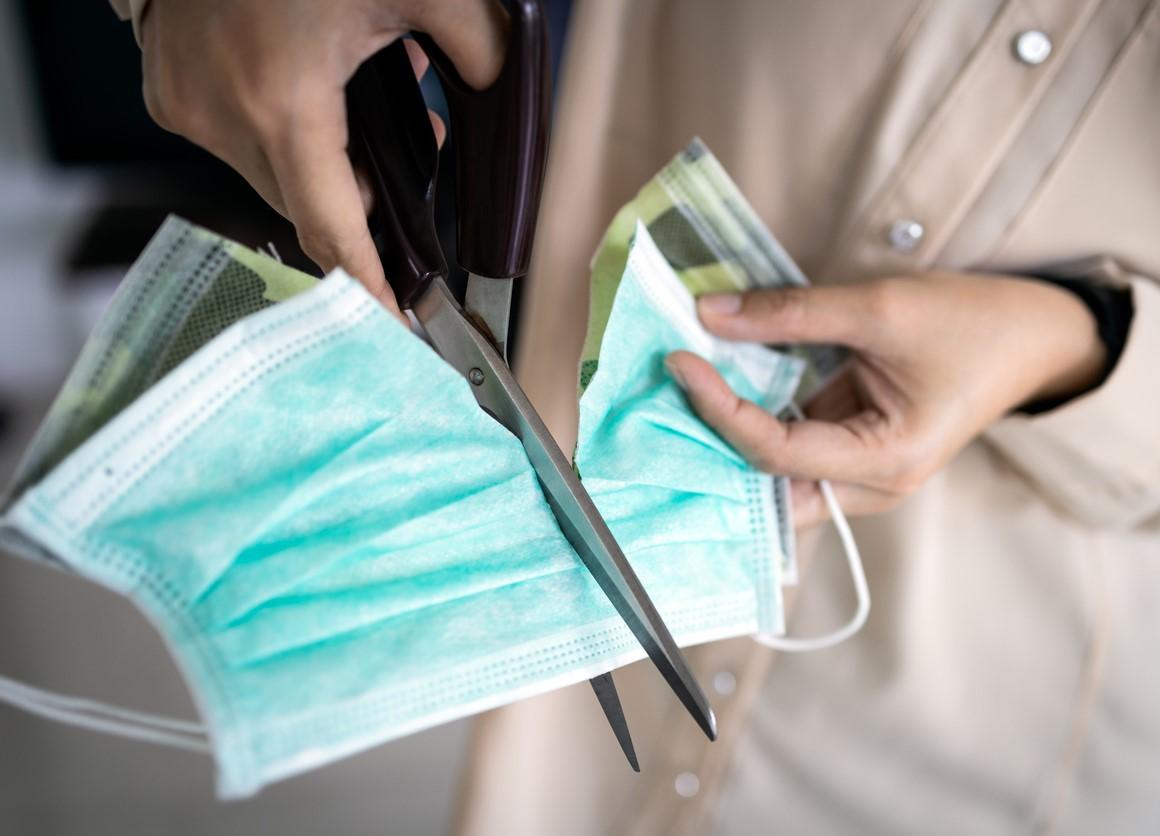 When Centers for Disease Control and Prevention (CDC) Director Rochelle Walensky, MD, MPH, announced last week that fully vaccinated Americans no longer had to wear masks in most indoor settings unless local mandates dictate so, many public health experts scratched their heads and braced themselves for what they knew would be a confusing moment in America's battle against COVID-19.

"The CDC got the science right, but the policy and communication was really wrong," said Leana Wen, MD, the former Baltimore health commissioner and Washington Post contributing columnist and CNN medical analyst. "There are unintended consequences that can endanger people and sow distrust in the CDC."

Each week, more studies are published that show the three vaccines currently used in the United States are highly effective in preventing transmission of the COVID-19 virus, even its newer variants.

"The science supports that people who are vaccinated are at much lower risk of getting, and early questions of whether vaccines protect against asymptomatic infection are being answered by a growing body of evidence that vaccinated people don't transmit," said Caitlin Rivers, PhD, of the Johns Hopkins Bloomberg School of Public Health. "But what does that mean for children under 12, or other people who can't get vaccinated?"

About a month too early

For Jeff Duchin, MD, health officer for Public Health Seattle–King County, the CDC's guidance is spot on—but has come about a month too early.

"I believe that we need more time to get disease rates down and vaccination rates up before doing anything that would weaken our indoor mask mandates," Duchin said. "Clearly, we will get to a point, perhaps in a month or so, where the CDC guidance makes absolute sense in many areas, but many places are not there yet."

The CDC's guidance should have taken that into account, said Rivers. "It shouldn't have been a blanket statement, but something like when cases fall to 5 per 100,000 per day, or when a percentage of county residents are vaccinated."

Instead, since the CDC's announcement, about one third of states have dropped mask mandates, while others, including California, have signaled they are still taking a more cautious approach.

In Washington state, where Duchin lives and where spring infections have been higher than in other states, the more cautious stepwise approach to loosening restrictions had been working. Last week, the state dropped a statewide mask mandate in light of the CDC's guidance change.

"The solution that was working for us was having a single standard for indoor masking by all people to ensure we protect one another to the greatest extent possible while we get vaccination rates up and disease rates down. Not sure why we would want to compromise that so abruptly," Duchin said.

"It seems everyone was unprepared for such a change—state and local health departments have been left scrambling to figure out how to adapt these guidelines to their own states, where case counts and vaccination rates vary widely," she said.

The experts said they did not think it was too late for the CDC to correct and clarify the mask issue, noting two main routes the agency could take.

The first, Wen explained, was labeling some indoor public spaces, such as grocery stores and pharmacies, as "essential," and thus recommending masks in them because populations of both vaccinated and unvaccinated people need to frequent these locations.

"If I'm unvaccinated and want to risk going to a bar, that's my choice," said Wen. "But I have two young kids I sometimes have to take with me to the pharmacy."

del Rio has been critical of the CDC's guidance on masking for some time. In January, he thought the agency was too conservative when, for example, he saw a vaccinated President Biden wear a mask during his inauguration.

But now, del Rio said the agency is giving too much credence to an honor system. The same people who have protested masks could also not get vaccinated but ditch the mask with little consequence.

"Only a passport, a piece of paper, would increase vaccine uptake," he said.

"I'm sure many will do the right thing," said Smith, "but I've already seen many posts from unvaccinated individuals on social media and in the comments of local news links that are admitting they are unvaccinated and celebrating that they can have 'naked faces,' I don't trust that everyone will be honest and I think unfortunately the honor system will be abused."

Increasingly, experts voiced concerns that instead of gaining public trust under the Biden administration the CDC is continuing to suffer from an identity crises during the pandemic.

"I was hoping that 2021 would really restore faith in leadership there and maybe it still will, but I think this was a big misstep," said Smith.

Wen said the CDC seems to have forgotten that its role is to protect the public—not individuals.

"Perhaps leadership at CDC can regain trust and respect by rapidly acknowledging the problems with the way this potentially beneficial strategy was rolled out, clarifying the conditions under which it makes most sense in the context of local disease and vaccination rates, and reaffirming the importance of stakeholdering in the development of this type of policy," said Duchin.

As for masks themselves, Rivers does not see them going away anytime soon. Some Americans, no matter what the CDC says, will still choose to wear them. She points to several Asian countries, which, following the 2003 SARS (severe acute respiratory syndrome) outbreak, have continued to use masks during cold and flu season.

And other experts, including Michael T. Osterholm, PhD, MPH, of the University of Minnesota's Center for Infectious Disease Research and Policy, publisher of CIDRAP News, warns that the CDC's guidance offers no clarity on basic questions, such as what is effective respiratory protection and how well does it work for the unvaccinated.

"We've simplified it as either wear a mask or not wear a mask, but nobody is saying what a mask is," Osterholm said. "A mask is not one uniform type of protection; it varies from gaiters to N95 respirators. That's the difference between a single seat belt in a 1960s car and a 2022 accident-prevention vehicle."