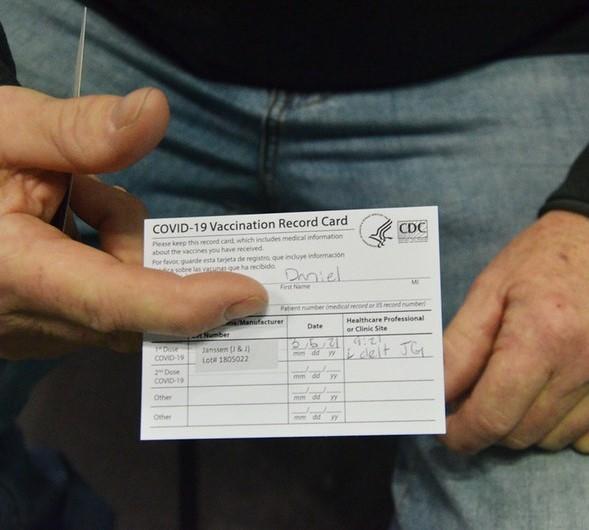 Though vaccine mandates remain a hot-button issue, they are helping boost coverage federal officials say, with the Biden administration announcing today that 95% of the federal workforce complied by today's deadline.

The announcement at a briefing today comes amid a steady rise in US COVID-19 activity and a strong push for booster doses, just days before Thanksgiving. Meanwhile, in Europe—well into a fifth surge—unrest flared in a handful of countries as some groups pushed back against stronger government measures to slow the surges that are poised to overrun health systems.

Though cases are well below September levels when the United States was coming out of its summer surge, more than 30 states are reporting sustained rises in new cases, according to the New York Times. For example, cases in New York are up 22% compared to the past week, with hospitalizations up 20%.

At a White House COVID-19 briefing today, Rochelle Walensky, MD, MPH, director of the Centers for Disease Control and Prevention (CDC), said the 7-day average of daily new cases is 92,800, which reflects an increase of 18% over last week's 7-day average. She added that the weekly average for hospitalizations is up 6%.

For deaths, the number of people who have died from their infections in 2021 has now passed the toll in 2020, the first year of the pandemic, according to data from the federal government and Johns Hopkins.

The number of Americans fully vaccinated against COVID-19 has risen to 59.2%, while 69.5% of eligible groups have received at least one dose, according to the CDC tracker.

Following the CDC's recommendation last week that expanded booster eligibility to 35 million people, federal health officials today pleaded with Americans to shore up their protection ahead of winter and when people will be gathering for holidays.

Jeff Zients, White House COVID-19 coordinator, said that, over the weekend, 3 million people received their booster shots and that efforts to deliver extra protection are accelerating.

"The goal is to protect workers, not punish them," he said, adding that the small percentage who didn't comply with the mandate will receive education and counseling.

Protests in Europe over COVID measures

As pandemic activity escalates again in Europe and more countries eye strong measures such as lockdowns and vaccine mandates, protests flared over the weekend in some countries' cities.

In Brussels yesterday, protests that drew an estimated 35,000 people started out peacefully but turned violent when some clashed with police, according to Reuters. Some protestors threw rocks and smoke bombs at police, who responded with water cannons and tear gas.

Belgium is averaging nearly 14,000 new cases a day, and last week the country imposed wider use of masks and telecommuting.

Riots were reported in a handful of cities in the Netherlands, Belgium's neighbor, according to a separate Reuters report. Groups were pushing back against government's plan to restrict "corona pass" use to those who had recovered from COVID-19 or were vaccinated, excluding those who tested negative.

The unrest started Nov 19 in Rotterdam, where police opened fire on a crowd that turned violent. Protests led to five injured police officers, and 64 people were detained across three provinces.

In Austria, which began a 2-week lockdown today, about 40,000 people protested on Nov 20 and mainly remained peaceful. People are allowed to leave their homes to work, but nonessential businesses are closed. Also last week the government announced a vaccine mandate, making Austria one of the few countries to announce such a comprehensive requirement.