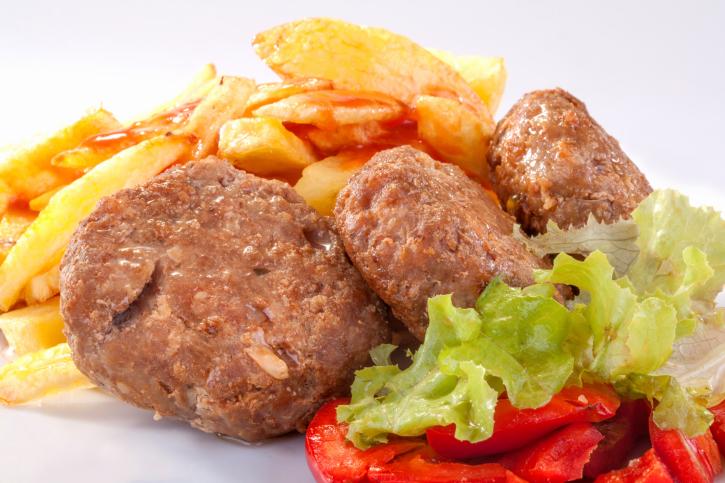 A set of studies released this week by the Centers for Disease Control and Prevention (CDC) and its partners points to widespread holes in restaurant food safety systems, such as risky handling of ground beef and chicken and too-warm shipping temperatures for leafy greens.

At the same time, the CDC announced plans for a new surveillance system designed to help state and local health departments identify underlying factors that contribute to foodborne disease outbreaks in restaurants and other food service venues.

The research findings, published this week in the Journal of Food Protection, deal with the handling of ground beef, chicken, and leafy greens and with sick food workers.

The studies were conducted by the Environmental Health Specialists Network (EHS-Net), which includes experts from the CDC, state and local agencies, the Food and Drug Administration (FDA), and the US Department of Agriculture.

In a press release about the studies, the CDC noted that more than half of all foodborne disease outbreaks in the United States are associated with restaurants, delis, banquet facilities, schools, and other institutions.

The ground beef study involved interviews with managers and observations of ground beef preparation at 385 restaurants in eight states: California, Colorado, Connecticut, Georgia, Minnesota, New York, Oregon, and Tennessee. Two thirds of the restaurants were chain-owned, and a third were independent.

Among the key findings, according to the study and a CDC summary:

For the chicken study, EHS-Net researchers interviewed 448 restaurant managers. They found that many were not following FDA guidance about preventing cross-contamination and cooking chicken properly and that managers "lacked basic food safety knowledge about chicken."

To examine the handling of leafy greens, the researchers interviewed 349 restaurant managers and checked the temperatures of 37 leafy-greens shipments.

Almost two thirds (65%) of managers said they had rejected a leafy-greens shipment at some point because the greens looked or smelled bad, were not in the right temperature range, or were missing a required label.

Almost all of the managers said they kept purchase records for their leafy greens. The authors concluded that most of the restaurants complied with FDA guidelines for rejecting shipments and keeping records, which could be used to trace products in case of contamination, the CDC said.

However, more than half of the tested shipments were above the FDA-recommended temperature of 41ºF, creating a potential for growth of pathogens, the CDC said.

A fourth study, covered in a CIDRAP News item yesterday, was a survey of restaurant workers, which revealed that 20% of them said they had worked while sick with a gastrointestinal illness within the preceding year.

In an accompanying commentary, Craig W. Hedberg, PhD, wrote that sick food workers may pose the greatest risk factor for foodborne disease outbreaks linked to restaurants. He is a professor in the Division of Environmental Health Sciences at the University of Minnesota's School of Public Health in Minneapolis.

"Because infected food workers were identified as the source for half of foodborne norovirus infection outbreaks in the United States from 2001 through 2008 and may have contributed to transmission in over 80% of these outbreaks, eliminating the motivations of workers to work while ill should be a clear priority," he wrote.

In connection with the studies, the CDC announced plans to launch a surveillance system that state and local agencies can use to investigate environmental factors in foodborne disease outbreaks. The system is called the National Voluntary Environmental Assessment Information System (NVEAIS).

"The system provides an avenue to capture underlying environmental assessment data that describes what happened and how events most likely lead to a foodborne outbreak," the CDC said.

The agency also pledged to provide a free, interactive electronic course "to help state and local health departments investigate foodborne illness outbreaks in restaurants and other food service venues as a member of a larger outbreak response team, identify an outbreak's environmental causes, and recommend appropriate control measures." The course will also be available to the food industry, academia, and the public.

The surveillance system and the course are scheduled to debut early in 2014.