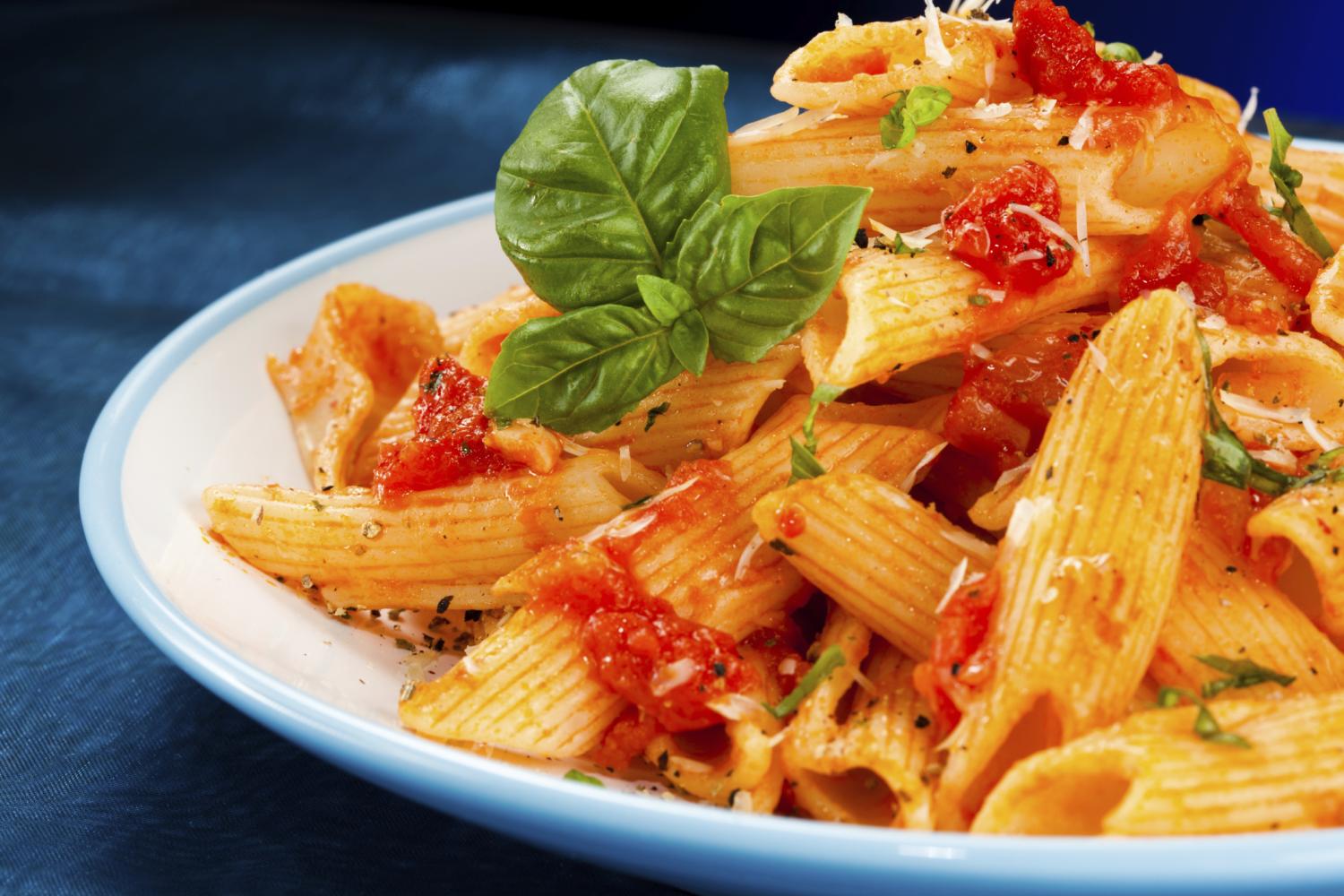 Of all foods items investigated, pasta consumption had the highest relative risk of being linked to the strep throat outbreak., iStockphoto

An outbreak of strep throat in a Minnesota dance team last year was unusual on two counts: It spread via pasta served at a banquet, and Facebook comments helped bring it to light, according to a study published in Clinical Infectious Diseases (CID).

Strep throat, or Group A Streptococcus (GAS) pharyngitis, usually spreads via respiratory droplets. Foodborne GAS outbreaks were common before pasteurization and refrigeration, but they are unusual now, says the report by a team from the Minnesota Department of Health (MDH).

"They're quite rare," said Kirk Smith, DVM, PhD, supervisor of the Foodborne Diseases Unit at the MDH and a coauthor of the report. "I don't think we've had another one here since 1996, when I started."

The outbreak followed a banquet for dance team members and parents in March 2012. A number of attendees fell ill with strep throat less than 3 days after the dinner, which led to multiple posts about the cases on the team's Facebook page. MDH officials learned of the outbreak when one of the parents called them after seeing the Facebook messages.

Looking for links between the illnesses and specific foods served at the dinner, the investigators interviewed more than 100 banquet attendees, their household contacts, and some who didn't attend the dinner but ate leftovers. In addition, they took throat swabs from attendees, contacts, and food workers, and they obtained patient GAS isolates from clinical laboratories.

The authors identified 18 illnesses among the 63 people who attended. Also, one person didn't attend the dinner but got sick after eating leftover pasta brought home by a family member.

The team couldn't find a statistically significant link between any particular food or beverage and the illness, but pasta consumption had the highest relative risk, at 3.56 (95% confidence interval, .25 to 50.6).

In addition, the team found that GAS colonies from five patients and from leftover pasta had the same DNA fingerprints (pulsed-field gel electrophoresis patterns corresponding to emm subtype 1.0). They also learned that the pasta had been prepared by a dance team member and parent who had both had strep throat 3 weeks before the banquet.

Smith said GAS can persist in the nose and throat for a period of time after the illness, even with antibiotic treatment. "The antibiotic cures the illness but doesn't necessarily get rid of carriage from the respiratory tract," he told CIDRAP News.

Sarah Kemble, MD, lead author of the study, commented, "We suspect cooked food was contaminated by respiratory droplets from a person who carried the strep bacteria in the throat when the food was cooling or reheating. The food probably was not kept hot or cold enough to stop bacterial growth." She was quoted in a press release from the Infectious Diseases Society of America (IDSA), publisher of CID.

"Food allows for a nice growth medium [for GAS] and a nice place to survive, with the moisture," provided it's not too hot, said Smith The IDSA notes that pathogenic bacteria grow best in the range of 41º to 140ºF.

The report says pasta has been implicated in foodborne GAS outbreaks before, particularly when it was cooked a day or more before consumption. Foodborne transmission of GAS by asymptomatic food workers has also been reported previously.

"Foodborne transmission of GAS likely occurs more frequently than recognized, but might go undetected because clustering of sore throat among family members and close contacts is not perceived as foodborne and therefore is not reported," the article says.

Smith said he is not aware of previous instances in which Facebook or other social media posts led to the detection of an outbreak, but he would be surprised if this was the first time it has happened.

The authors write, "Outside of formal healthcare settings, social media will likely play an increasing role in outbreak identification. This can be a boon to public health practitioners if the potential of social media to aid in epidemiologic investigations is recognized along with its limitations."