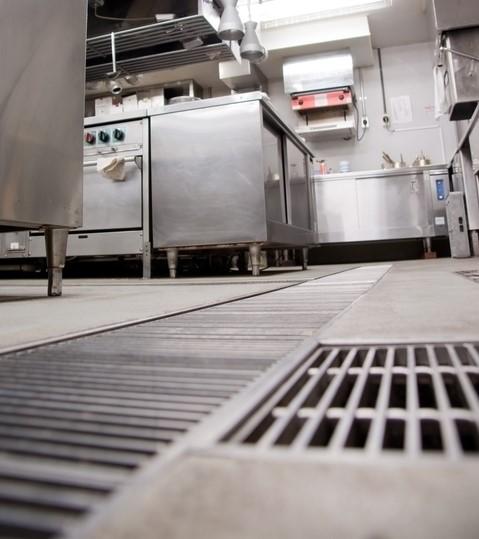 A restaurant's faulty drainage system—thought to harbor Salmonella bacteria in biofilms—was the likely source of a long and perplexing outbreak in England, with repeated lab testing of environmental samples and comparison with clinical samples playing a key role in solving the mystery.

A research team led by Public Health England (PHE) reported its findings today in the latest edition of Eurosurveillance.

PHE first learned of the outbreak in March 2015 when its office in East Midlands received a report from a local hospital lab about 21 patients who had been diagnosed as having Salmonella Typhimurium infections, 7 of them sick enough to be hospitalized, in the previous month.

Eventually, 82 cases among restaurant customers were linked to the outbreak, including 72 confirmed infections and 10 suspected Salmonella illnesses. Early in the outbreak, whole-genome sequencing pointed to a strong link between the cases and likely point-source contamination at the restaurant.

Interviews with patients revealed that several had eaten at the same restaurant before their symptoms began. The newly built full-service chain restaurant was popular and featured a salad bar and a self-service meat carvery buffet.

Despite several intensive steps to control the outbreak, new Salmonella infections continued to be reported until 2016.

A case-control study to look at potential food sources only revealed that outbreak patients had eaten food from the carvery.

Stool samples were collected from patients during clinical investigations, and voluntary sampling was done for restaurant staff. Salmonella Typhimurium was isolated in 75 case samples, 72 confirmed illnesses, and 3 possible ones.

The restaurant took several steps to curb the outbreak, including retraining and reassigning staff. As the outbreak continued, the owners instituted weekly steam cleaning and hydrogen peroxide fogging. Based on worries about intentional contamination, they even installed a camera to monitor the carvery area.

Environmental clues go 'down the drain'

Exhaustive sampling of the environment was done throughout the outbreak, with 375 swabs taken from the kitchen, restaurant, staff rooms, toilets, and apartments above the restaurant. But starting in November 2015, lab workers started finding the Salmonella Typhimurium matching the outbreak clade in environmental samples. Some were from the sewer, and others were from cleaning materials, the dishwashing areas, and handwashing sinks. Over the next few months, tests were positive for more areas of the kitchen.

Most of the environmental samples were part of sublineages thought to have evolved from the outbreak strain, but several deep drain swabs were an exact match.

Inspection of the restaurant's drainage system found several problems, such as drain seals that were allowing potentially contaminated bioaerosols to enter the kitchen, an unconnected sink drain that allowed water to pool under the floor, and larger drains that leaked wastewater under the kitchen area. Investigators learned that drainage water had occasionally leaked into the kitchen area.

The outbreak ended after the restaurant repaired the drains, refurbished the kitchen and restaurant, and deep-cleaned the building with hydrogen peroxide fogging.

The researchers said though the multiple drain failures created conditions that harbored the outbreak strain that could have come from an asymptomatic worker or a customer, or it could have come from raw or undercooked food. Contamination from drain liquids that seeped into the kitchen was a contamination path, but evidence suggested that contact with sinks was a secondary route. Also, they said the malfunctioning drain traps possibly allowed contaminated bioaerosols into the kitchen's air.

The association between illness and eating carvery food might mean that food may have been contaminated in the kitchen after it was cooked, they wrote. Other factors that can't be ruled out include direct transmission from staff and lapses in kitchen and hygiene practices.

Whole-genome sequencing strengthened the epidemiologic investigation, allowing quick implementation of control measures, the group wrote. They added that their experience is a reminder that biofilms could be a reservoir for Salmonella in drains, posing a risk of long-term contamination.

"Our findings suggest greater consideration should be given to undertaking drain swabbing at an early stage of restaurant and food related outbreak investigations," they wrote, adding that sequencing can reveal links between the environmental and clinical isolates.